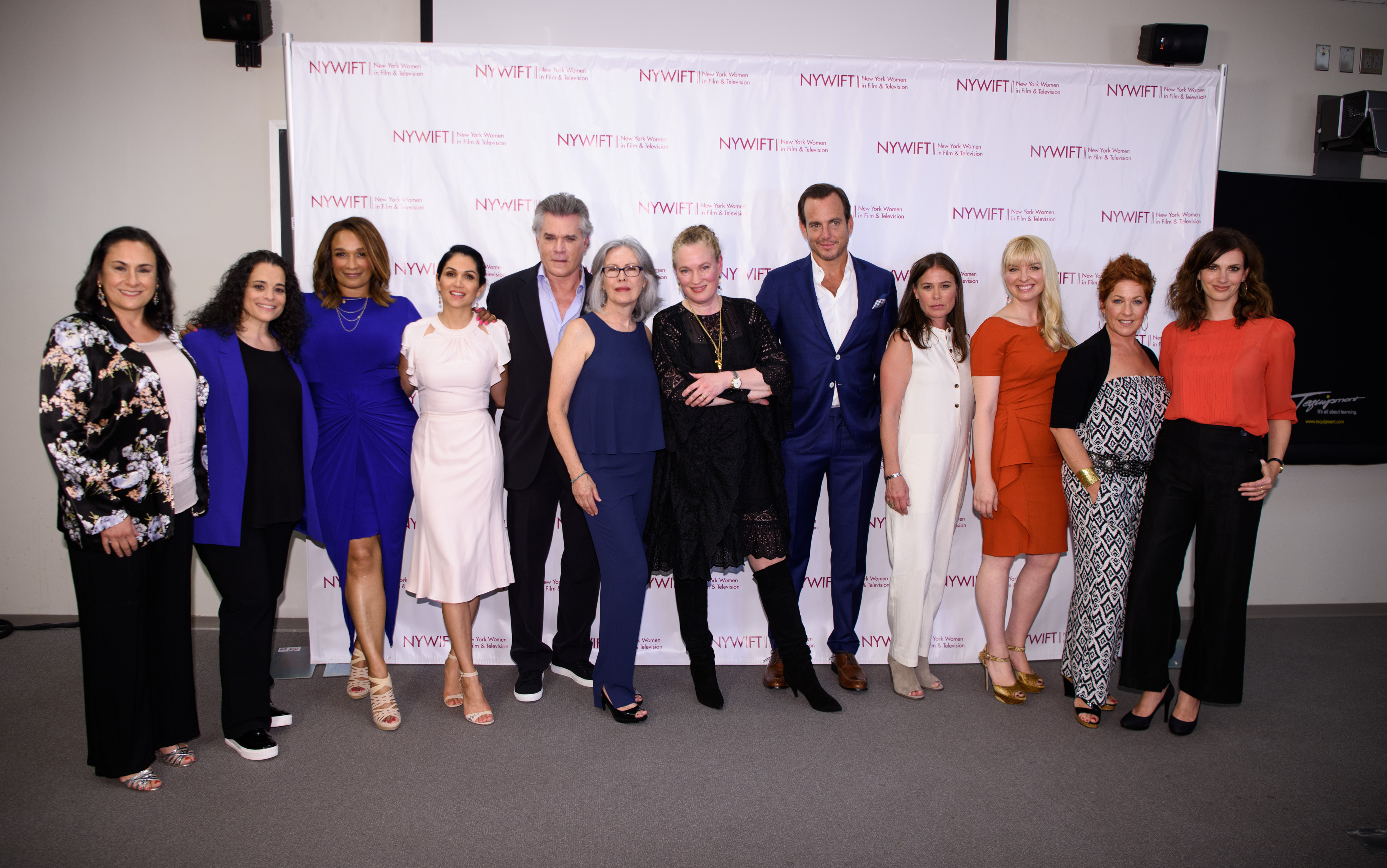 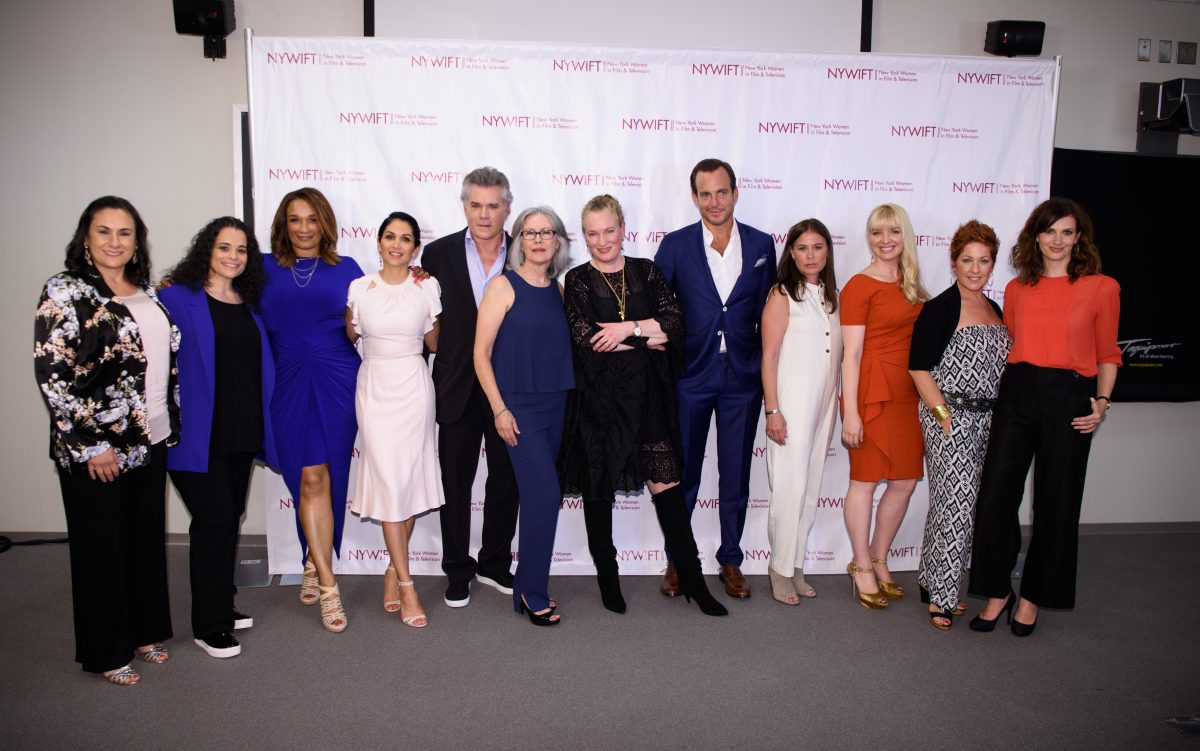 Last eve, New York Women in Film & Television hosted its 17th Designing Women Awards Gala, which celebrates the leading ladies in costume design, makeup, and hairstyling who take their talents to the sets of big and small screen projects. Will Arnett, Lela Loren, Ray Liotta, and Maura Tierney presented costume designer Sarah Edwards, makeup artist Anita Gibson, hair stylist Rose Chatterton, and the crew of The Affair their honors, with comedian Jessica Kirson on emcee duty. Below, the best bits from each of the speeches, and the lowdown on the evening’s honorees… 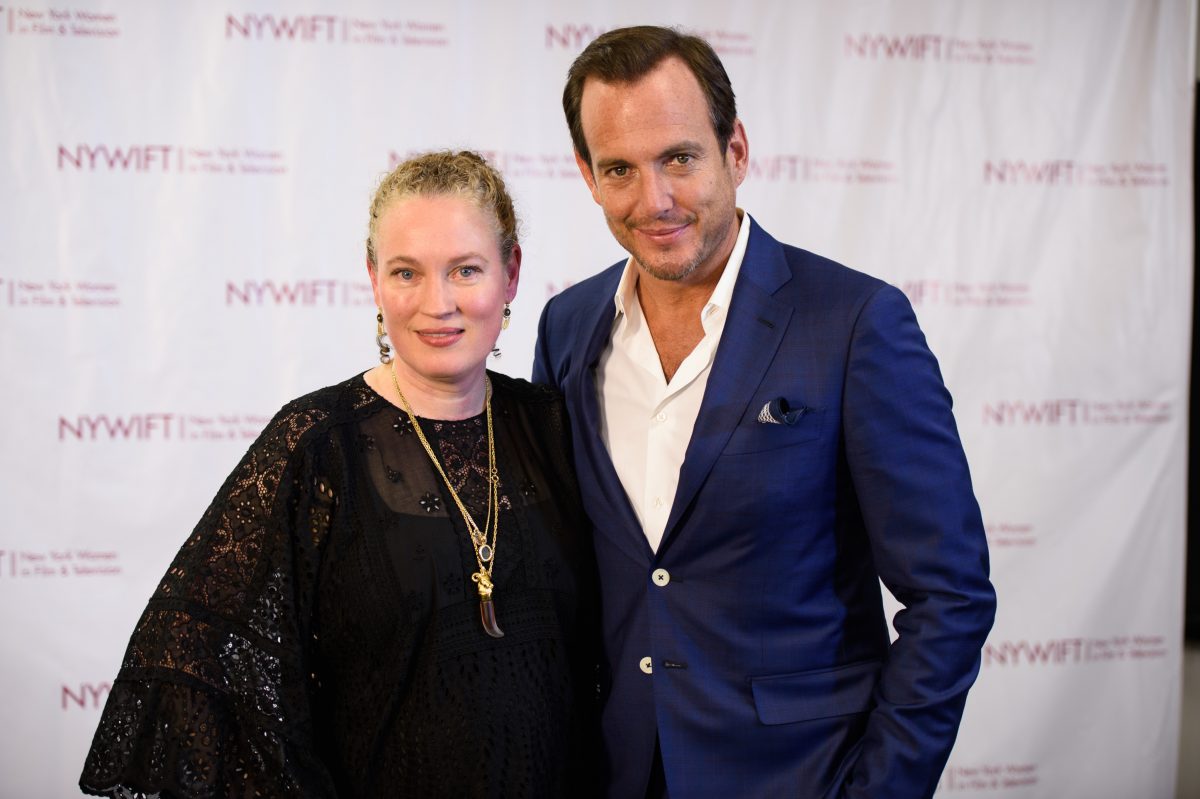 “Sarah Edwards has been trying to make me look good for almost 10 years now and I don’t plan on stopping her any time soon,” Arnett said. “I know what you’re thinking—how hard can it be to make me look good? Thanks for that, but the truth is, it sadly takes a lot. That’s how good Sarah Edwards is.” Arnett first worked with Edwards on the set of When In Rome. “Remember that movie? It came out like eight years ago? Kristin Bell, she plays this girl, it’s kinda cute, she goes to Rome and…f— it, it sucked. It was a terrible movie…But the real upside was that I got to meet Sarah.” Since then, they’ve done three films together.

Edwards—who’s the daughter of costume designer Jane Greenwood and set designer/producer Ben Edwards, and sister of wardrobe supervisor Kate Edwards—got her first job in the industry at 16 at a costume shop at her local public theater. “I would walk Linda Ronstadt’s dog while she had her fitting, I spray painted shoes, I did returns, and I got paid $98 a week.” Her notable credits include Salt, Six Degrees of Separation, The Devil’s Advocate, Uptown Girls, The Last Days of Disco, and most recently The Secret Life of Walter Mitty, HBO’s Billions, and TMNT 2. Some of the behind-the-scenes challenges she’s faced over the years: designing a scarf large enough for the snowman in Jack Frost, recreating the Macy’s Day Parade, staging a version of NYC’s Halloween Parade, and meticulously designing two versions of almost every outfit for Ben Stiller in The Secret Life of Walter Mitty. “It’s ultimately whittling away and narrowing it down until you find something that brings that character alive for the actor,” she said, accepting her award. “I really love being able to help them find that character and own that.” 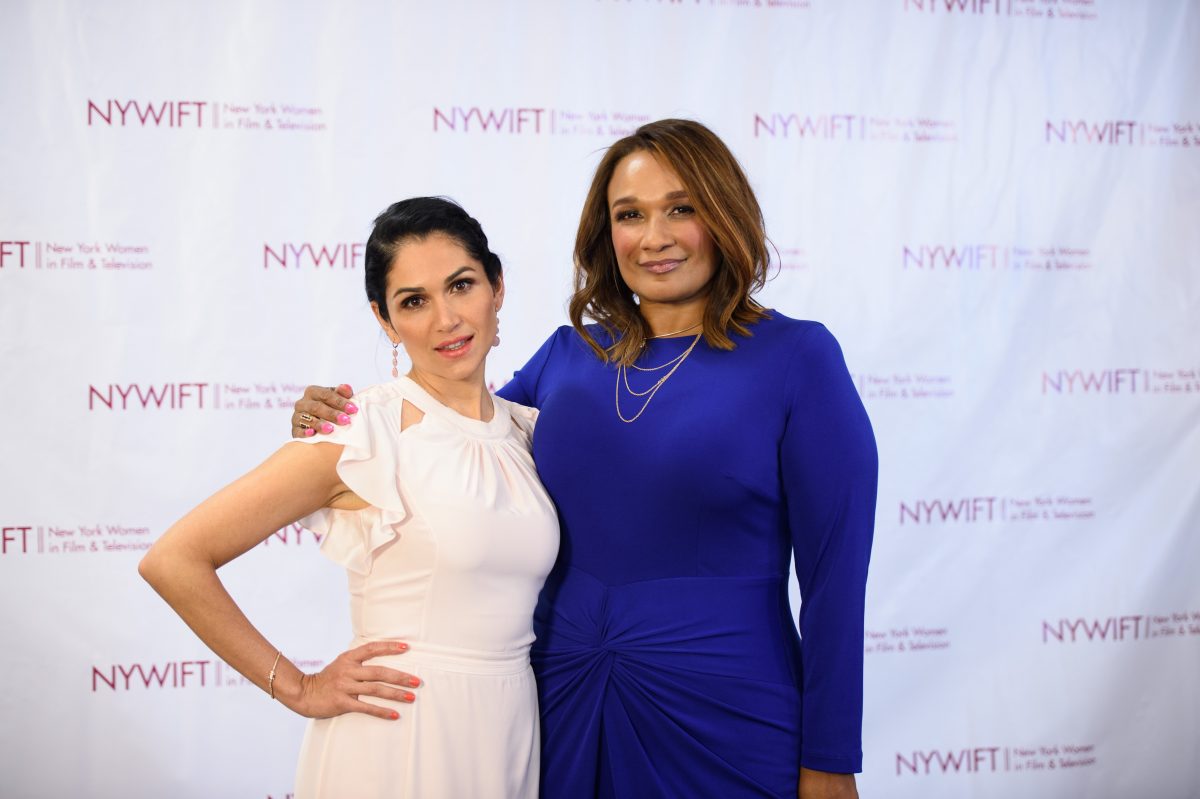 Makeup designer Gibson regaled tales of her early aspirations of breaking into fashion, but credits Spike Lee for her foray into film, whom she worked with on Girl 6 along with Madonna, Naomi Campbell, and Quentin Tarantino, to name a few. “When we were shooting Girl 6, the star of the film, Theresa Randle, did a chemical peel and her whole forehead had been scarred and burned…OK, how do I block out this disaster? It helped me become a better makeup artist.” Since then, she’s worked with Kerry Washington on HBO’s Confirmation and several Madea films with Tyler Perry (where we know makeup plays a major role). 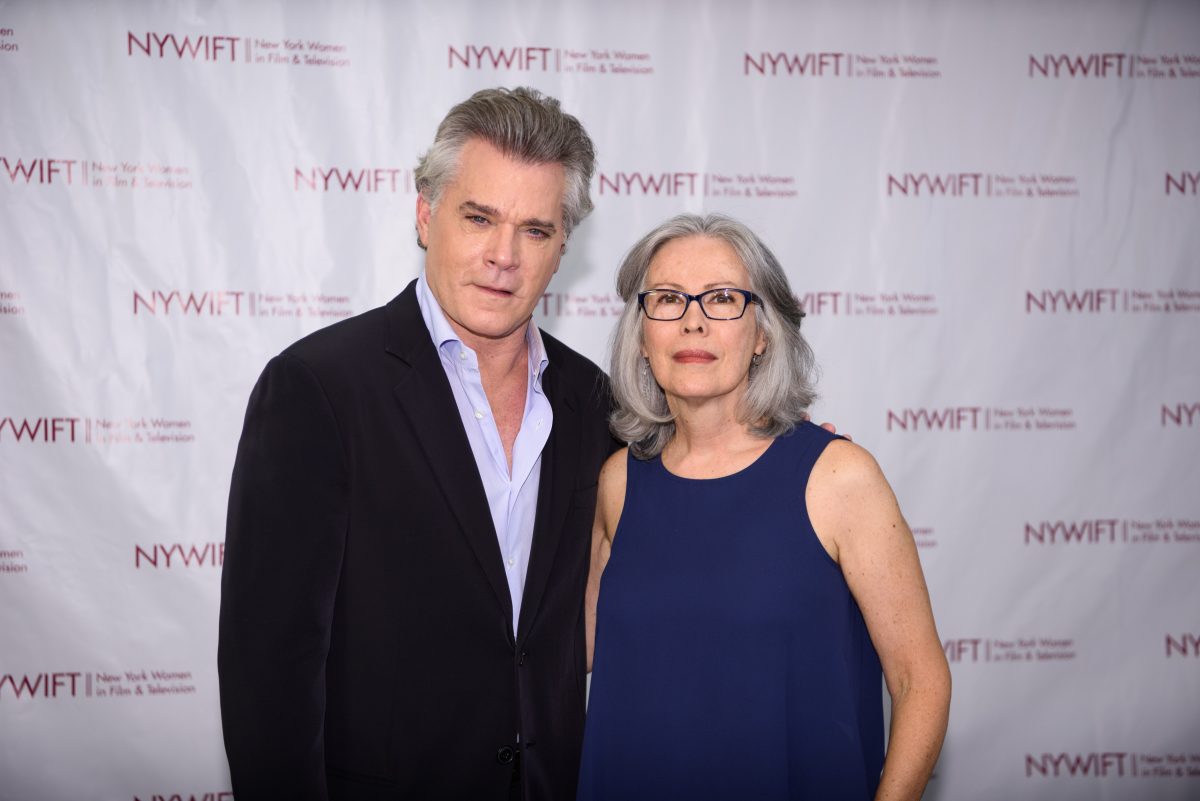 Ray Liotta took the stage to present Chatterton her award, who he works with on the set of NBC’s Shades of Blue, which also stars Jennifer Lopez. “My hair is so good [on the show], and this is the God’s honest truth, when people were giving reviews, people would talk about my hair. Nothing about my acting, but about my hair! She’s dedicated and she’s very perceptive. She knows where every strand of hair should be and why. She understands the characters and where they are at any given moment in the story. She does her homework.” 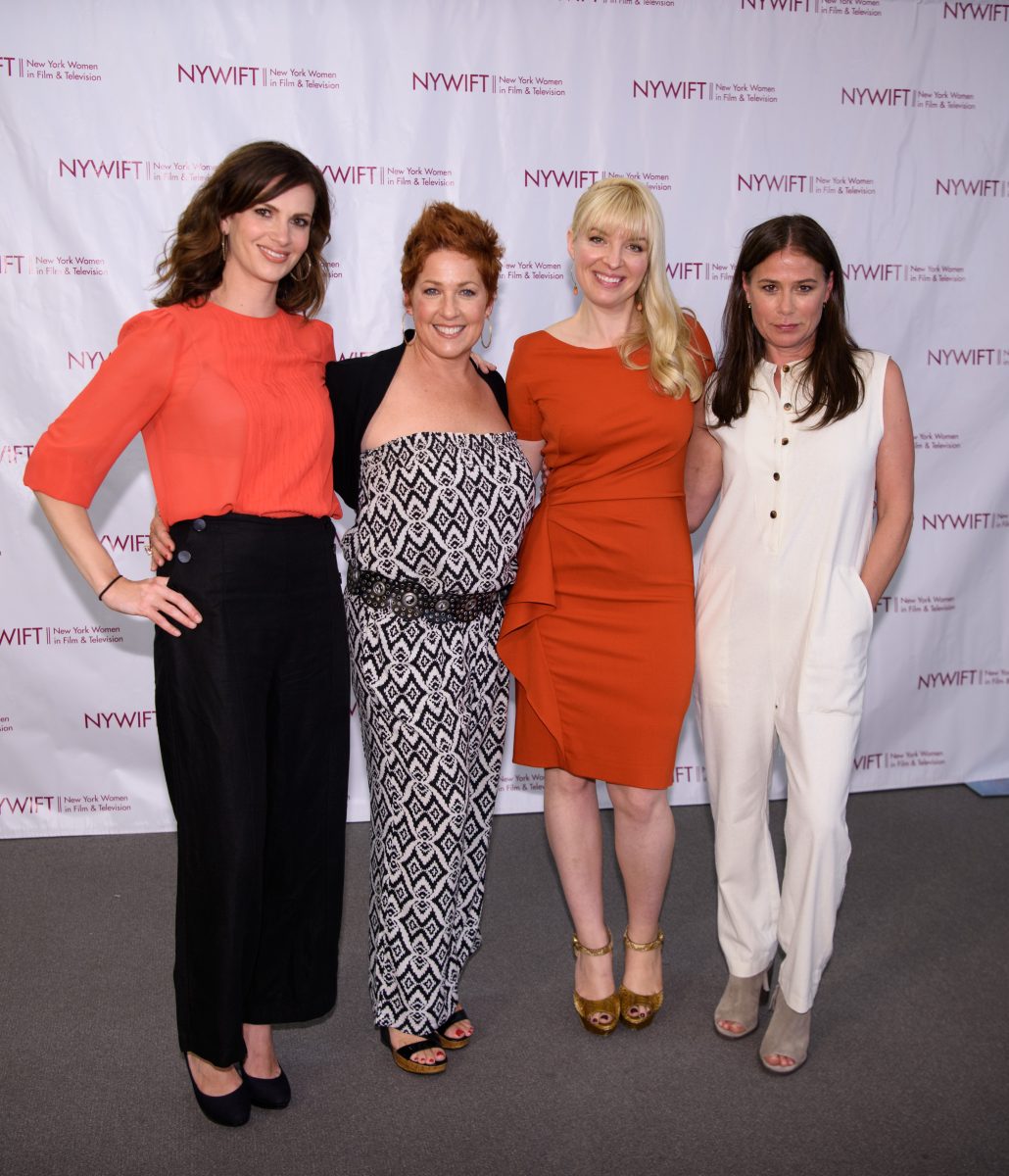 Co-star of Showtime’s The Affair, Maura Tierney handed out the awards for best ensemble to the crew responsible for helping bring to life the show’s many different storylines. “Sometimes the actors are required to shoot several scenes in a day that take place in different times, from different points of view, and it gets very, very confusing,” she said. “For me, and I know the rest of the cast, it’s extraordinarily helpful to look down at what you’re wearing or what your hair is like or how much makeup you have on or how little makeup you have on, and you kind of by looking in the mirror instantly know where you’re supposed to be and who you’re supposed to be playing, which is a wonderful gift to have…Plus they’re all very nice when you have to be naked on set, which helps a lot too.”