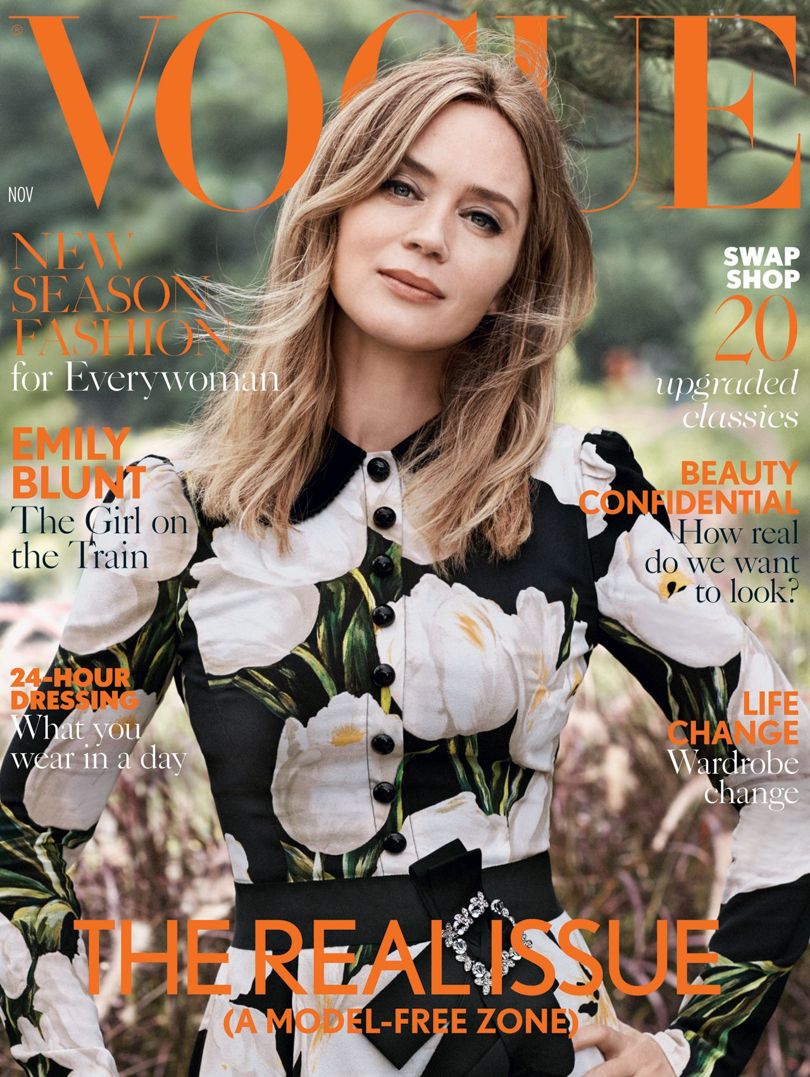 For the first time, Vogue UK printed an issue featuring non-models. British actress Emily Blunt (non-model and real-person, though still a celeb) covers the November issue, which is the glossy’s premiere “Real Issue” that promotes a “model-free zone,” and hits newsstands October 6. Inside, a slew of real-life women were featured wearing designer pieces: architectural historian Shumi Bose in a Max Mara tailored jumpsuit, charity director Brita Fernandez Schmidt in Michael Kors, and ice-cream creator Kitty Travers in Hermès, The Telegraph reported. While more fashion brands, like J.Crew, Diesel, and Tracy Reese, have cast everyday women and men in their campaigns, this is the first time not one model appears in an editorial in the fashion magazine. Vogue UK has earned itself a rep for promoting more inclusive high-fashion; in 2009, its EIC Alexandra Shulman wrote to designers complaining about the tiny sample sizes they sent for shoots and the message it inadvertently sends to models, according to The Daily Mail. Consider this move a major followup statement.