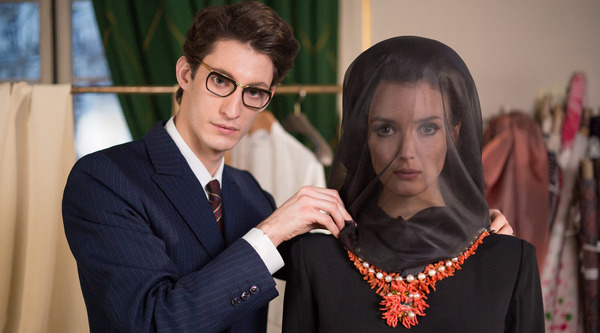 Tale of the dueling docs! Two biopics on late designer Yves Saint Laurent are set for release in 2014, and both are set to be titled simply Yves Saint Laurent, according to Vogue UK. The two films are causing quite a stir having ruffled the feathers of both Pierre Bergé and Francois Henri-Pinault. The first film, directed by Jalil Lespert will star French actor Pierre Niney and is being supported by Yves Saint Laurent’s former lover and business partner, Bergé, who saw such an uncanny resemblance in the actor that he apparently greeted him with: “Welcome, Yves.” The second film is being supported by Francois Henri-Pinault, directed by Bertrand Bonello, and will star French actor and Chanel campaign model, Gaspard Ulliel.

Luxury heavyweight Henri-Pinault was anything but pleased with the release of Lespert’s film; Henri-Pinault is claiming to have had the moral rights for use of the designer’s image in the works and has hinted at a potential upcoming legal battle. Bonello did not seek Bergé’s almighty approval for his film, as he wanted to be able to tell the story objectively and Bergé responded in kind by banning the use of his image and anything belonging to Yves Saint Laurent. While Bonello won’t begin filming until September, Lespert is set to begin this spring. Who said a little competition ever hurt anyone? The more press on the dueling directors, the better. And with two haute actors of Niney and Ullliel’s caliber, we doubt either film will be overshadowed. While Ulliel hasn’t yet been transformed into character, we must say, Niney is the spitting image of the designer, non?