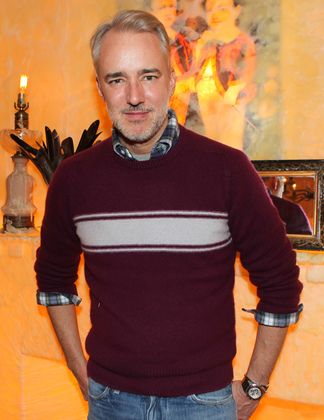 Designers, they’re just like us, right? We caught up with Michael Bastian to see what’s on his docket for the upcoming Thanksgiving weekend. And while his international travel plans were put on the back burner, it turns out he will not be skimping on the Black Friday sales. ‘Attaboy!

Where will you be feasting on turkey this year?
I’m going home to upstate New York to have Thanksgiving with my family, which is a nice surprise because I was supposed to be in Shanghai.

What’s the one dish you can’t stay away from?
My grandma’s apple pie or at least the memory of my grandma’s apple pie. She died a couple of years ago. My mom and sister keep trying to figure out her recipe, but apparently she took a couple key secrets with her to the grave.

What’s the dress code for dinner?
It’s pretty casual up there in Apple Country – flannel, duck boots, and cordoroy are not unheard of at our table.

Are you seeking out out any Black Friday deals this year?
We definitely get into the Black Friday thing! It’s a good chance for me to actually shop for socks and underwear, something I never really do in New York.