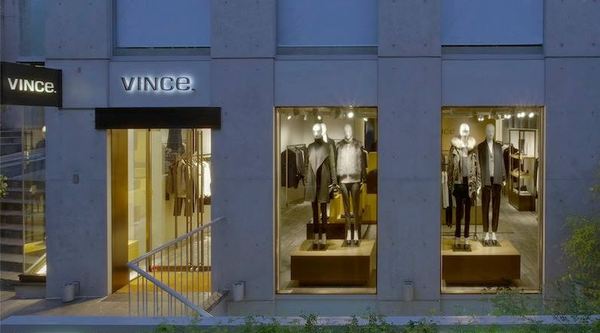 (NEW YORK) Look for the symbol VNCE the next time you see a stock ticker for the New York Stock Exchange, because Vince is officially a public brand. Entering the market on a strong note, Vince’s 10 million shares raked in $20 each, raising $200 million for the brand on Thursday night. Already reaching a dollar above the original estimated range, the share price rose as high as $30.48 on Friday morning, before closing for the day at $28.66. The IPO has been oft-discussed for nearly a year, and is the first apparel brand to go public in the U.S. since Michael Kors went the IPO route two years ago.

Co-founded in Los Angeles by Rea Laccone and Christopher LaPolice, Vince has been perfecting a wear-daily uniform of cashmere, leather, and luxe basics since 2002. The duo sold their company to Kellwood Co. in 2006, which was acquired by Sun Capital Partners, Inc. in 2008. Laccone and LaPolice remained with the brand until January 2013, when Vince confirmed their plans to go public. The label can be found at 27 Vince stores stateside, plus one boutique in Japan. Karin Gregersen helms the brand as the company’s president and chief creative officer; last month, Gregersen added the creative title to her duties, following Doo-Ri Chung‘s departure from the label after a 10-month run as creative director.

What’s next for Vince? Growing the business even larger! With a successful IPO under their belt, the label plans to expand globally by marketing themselves as a lifestyle brand for women and men. By 2015 the line will include small accessories and leather goods, including handbags. Also, expect to see a slew of new store openings; the company is aiming to increase their presence over the next 10 years with 100 stores.