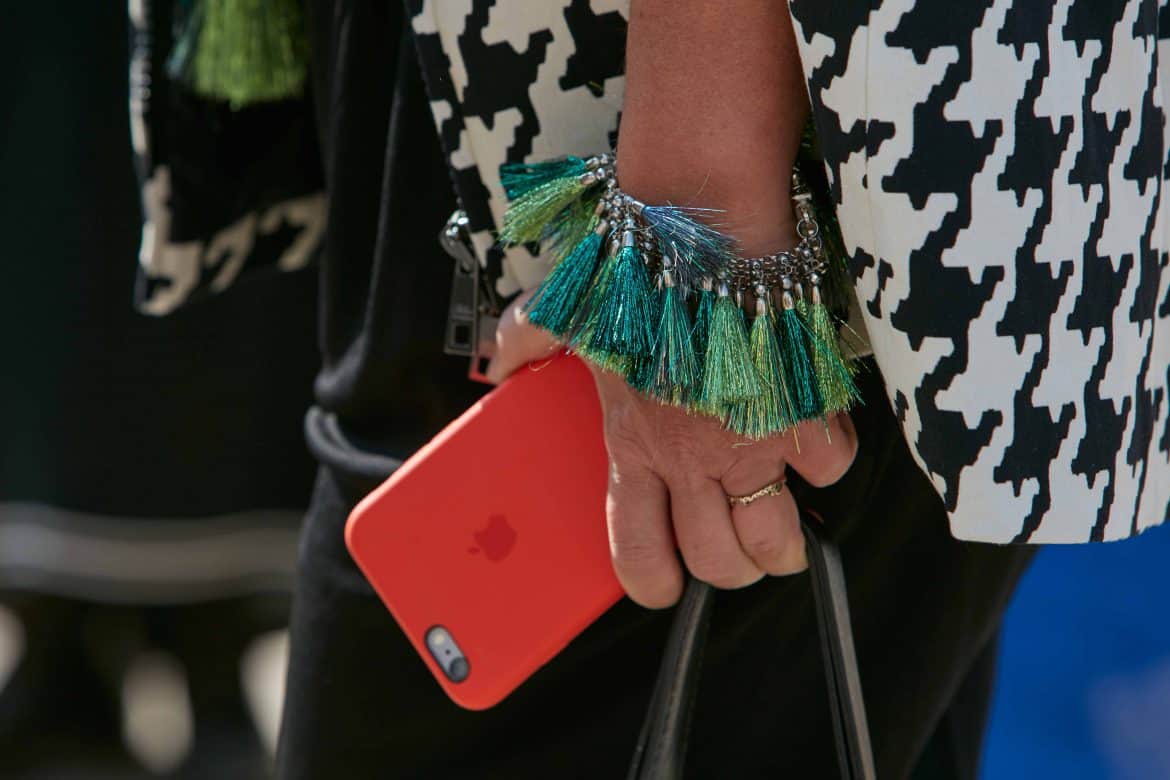 Unhinged influencers, inane comments, outrageously retouched photos—what’s really going down on your favorite social media sites? We forced a (totally anonymous) trusted digital-media pro to break it all down.

How long have you been working in digital media?
Almost a decade now. God…

Do you remember when social media came on the scene?
Of course. It was super exciting; you had total control and instant gratification. Once Instagram happened? It was so exciting. Early on, there were no rules—you did whatever you wanted, and you weren’t afraid of consequences. It was so down and dirty; it was great! People who didn’t work in the industry said, “Oh, this is just a fad.”

When did it become part of your job?
Five years ago, it became a real part of my job, and right away, social media was significantly less fun. The scrutiny was unexpected and overwhelming. The amount of time and effort that I had to put into everything in order to service the brand I worked for was insane.

Did you feel like those who were scrutinizing it really understood it?
Nope. People who aren’t in the trenches with it think they know what it’s about and how it works, and they’re quick to tell you what you did right and wrong. They have no idea what’s going to resonate! And they don’t appreciate the fact that social media editors are experimenting, too. People think it’s easy because there’s a low character count and a single picture. They have no idea how important it all is.

What are your thoughts on shameless promotion?
People will promote anything to get a few shekels from some random vitamin brand. I see friends of mine holding up waist trainers and I think, “How are you doing sponsored content now?” It’s so inauthentic. And the fact that social media was supposed to be “authentic” in the first place? It’s all constructed! From the minute that money became a part of the conversation, it became fake. There was a brief moment when Instagram was a fun visual space when people played with filters—no one uses filters anymore! If someone’s using filters, they’re stuck in 2013. Those filters are dead.

Really?
Oh, yeah. If you’re going to retouch your photos, do it in a separate app! Please. People spend hours doing this. In the old days, people had their signature filters. Remember that gross Kelvin filter? All the dumb boys loved that. Borders are also dead, by the way, and they’ve been dead for a long time.

Good to know. What do you feel like when you open Instagram?
Every day, I have to go on it for work, and within a few minutes, I’m incredibly irritated by all the fake positive affirmations. Or maybe they’re real, but whatever—they’re so f**king cheesy that I want to puke. Some people are great at Instagram, like @garyjanetti, but so much of it has become a rarefied, special, pretty place, and it doesn’t resonate as much anymore.

Thoughts on excessive tagging?
It’s beyond tacky. Once you start labeling everyone and everything, it feels so fake! A lot of brands are catching on, thank God, and limiting that. It’s not natural to add 50 hashtags after your photo caption. That feels so tired. So desperate. So thirsty!

We hear rumors that some noncelebrity influencers can earn $15k a post. Does that seem possible?
Oh, it’s real. These influencers can make tons and tons of money. At the end of the day, that one person has thousands of followers who are really into them; they take their shopping advice directly from Instagram. It’s a totally different kind of power than what a brand has. Brands get a lot of bang for their buck when these people promote for them.

So you don’t buy all this talk about an influencer bubble that’s about to burst?
God, no. It’s going strong. Anyone who says it’s about to burst is jealous. Yeah, we know—you wish you’d gotten in there sooner! In my experience, the top marketing people who book these influencers don’t even consume digital media that much. They might be buying into it, but they’re still totally terrified of technology, and they don’t even know who these people are—they spend money so that someone else will get digital influence for them. An influencer can charge a fortune and be a total monster to work with, but at the end of the day, the only thing that matters is the numbers.

If you were running a fashion brand, which influencers would you invest in?
I don’t even care who they are. It’s all about numbers. Anyone with more than 100,000 followers? Get them! Go with whomever you think looks cute with your stuff. But you have to measure the engagement—compare the number of likes and comments to the number of followers. So much of the time, an influencer has bought followers and their comments are written by a bot who’s programmed to write “Chic!” a thousand times an hour.

These people who you say really do shop based on what they see on Instagram—why aren’t they more discerning?
You could have 3 million followers, and 2.99 million of them will be total losers. But if 50 people are buying what you’re selling, voilà—you’re driving sales. At the end of the day, it’s worth the money. There’s a reason that it keeps growing and growing and growing.

Thoughts on editors who comment 24/7?
Seriously—don’t you have anything else to do? Someone you want to spend time with? There’s nothing you’d rather be doing than posting hearts on a photo of a stranger’s avocado toast? Even if you’re just inanely posting emojis, it still takes a lot of time. Are you actually doing your job, or do you have some sort of tick that forces you to check Instagram 100 times a day? I guess it’s a good way to touch base with someone in your sphere of influence, if you’re an editor. But Jesus, it’s exhausting to go through life as some sort of octopus, digitally touching people all day long. 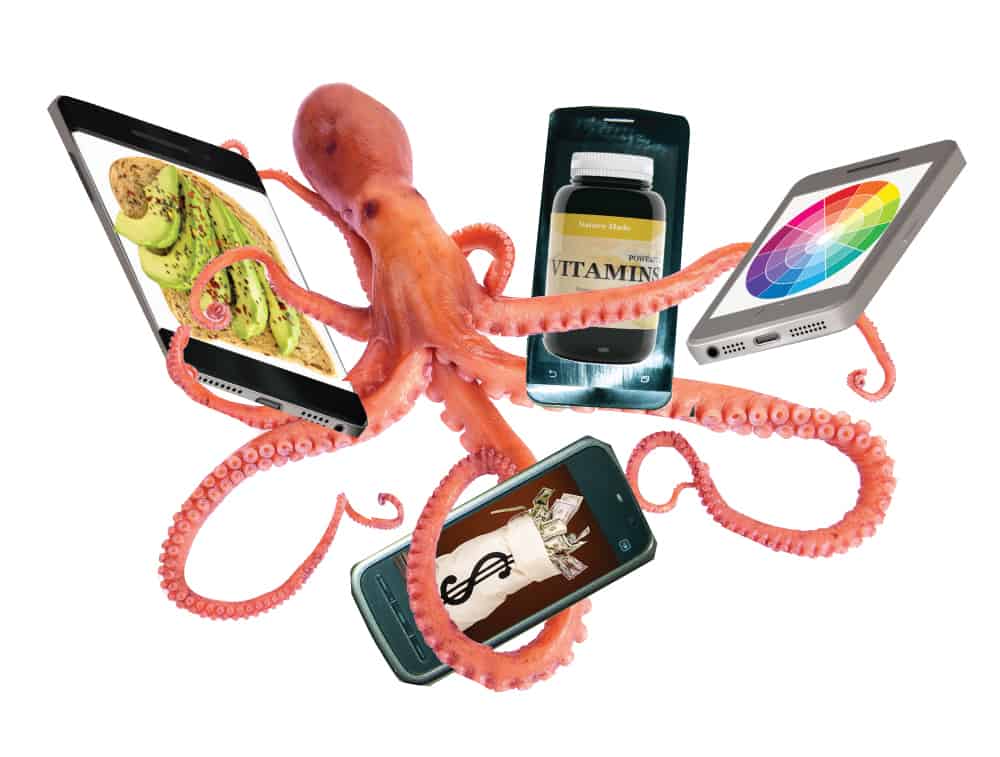 No kidding. This convo is kind of a bummer!
[Sighs] Well, we’re living in a time when someone’s ability to make money is what makes them valued as a person. In a weird way, even some influencer who whores himself out for a product, many of his followers think, “Go ahead! Get that money! Look at him, getting paid!” Remember when Kylie Jenner was on Forbes’ list of billionaires, but she wasn’t quite a billionaire? So people started donating money to a GoFundMe account to get her over the hump? Don’t underestimate our obsession with money. People don’t value integrity. It’s totally out of fashion!

Inside NYFW’s Official Kick-Off Party With Elle, E!, and IMG