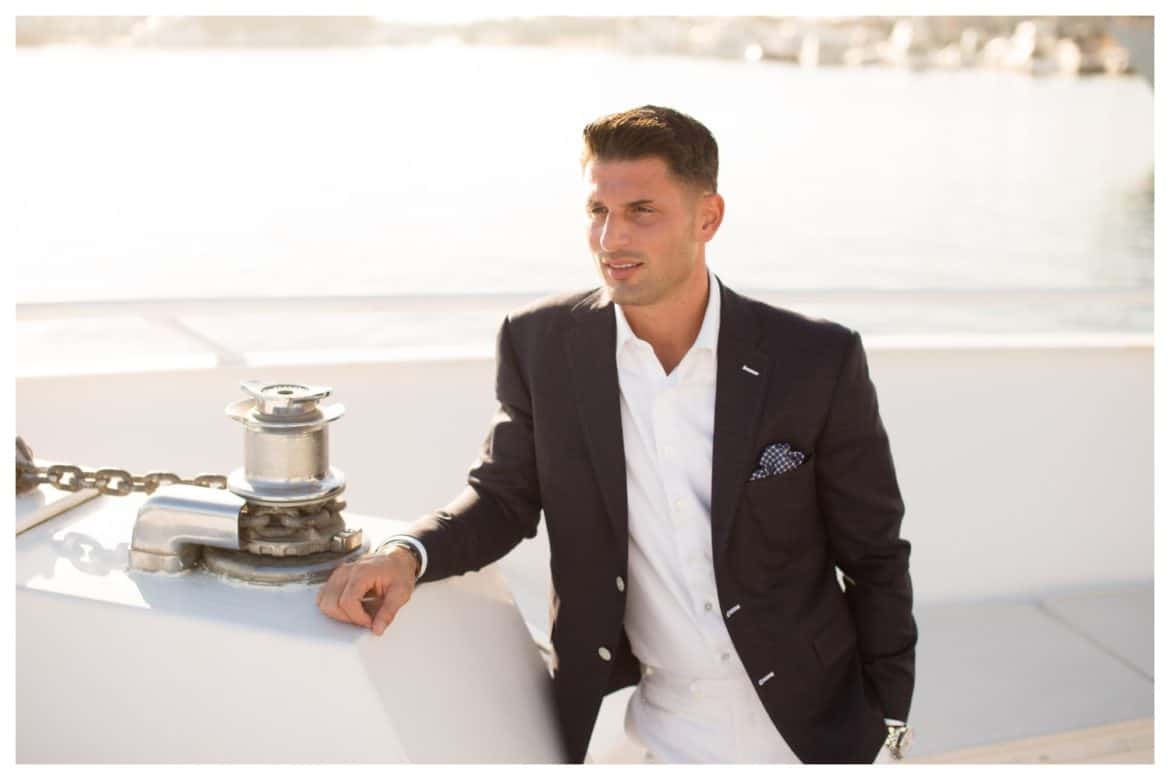 Most people know the creative Dominic Ciambrone behind the famous custom shoe brand, but did you know his business partner Dallas Imbimbo? The serial entrepreneur played a vital part in ‘The Shoe Surgeons’s success story, with the venture not being his only one.
Chances are, you know Dallas Imbimbo and were simply not aware of his involvement in Ciambrone’s disruptive high fashion shoe creations. For everyone else, we will introduce.
It is fair to call Imbimbo an true entrepreneurial talent. He remembers starting his first company in 7th grade. ‘Kid DJ Mobile Entertainment’ had him booked as a DJ for all the local middle school dances, high school dances, weddings and birthday parties. His first venture and first success.
He then attended UC Davis where he walked on the basketball team in his sophomore year, a passion lasting to this day. It’s also the passion for sports that connects Imbimbo and Ciambrone on a personal level. By the end of his Junior year Dallas Imbimbo had started a company called ‘Pack My Dorm’ which was a moving and storage solution for college students, gaining partnerships with UC Berkeley, UC Davis, Stanford and UC Santa Cruz. It became clear that the Californian had a talent to pinpoint demands and deliver solutions in whatever situation he found himself in.
After college, Dallas Imbimbo founded KushBottles, later KushCo Holdings with Nicolas Kovacevic. KushCo Holdings is an American company that sells packaging, containers, and other ancillary products for the cannabis industry. Now called Greenlane Holdings, the company is publicly traded on Nasdaq.

It Goes On, And On
Back in 2012, the Californian entrepreneur founded a company called ‘BigRentz’ which he himself describes as ‘Uber for the construction equipment rental industry’. The company was listend in the top 50-fastest-growing companies and has powered events such as the Super Bowl and the World Series. In 2016, he co-founded an investment firm called ‘Alpha West’ with one of the main investments bringing us right back to ‘The Shoe Surgeon’.
Ciambrone is the creative, a sneaker virtuoso known to deconstruct and rebuild shoes with top quality materials, and even create his own designs from scratch, often in collaboration with some of the biggest names in the industry. That includes brands like Gucci, Nike, Netflix, NBA, NFL, Golden State Warriors, Bentley as well as superstars such as Justin Bieber.
Dallas Imbimbo is the business side of ‘The Shoe Surgeon’, but the two business partners share a passion for sports and fashion, the result of the combined forces being a thriving business with celebrity appeal.
In 2019 Imbimbo co-founded ‘Unrivaled Inc’, a leading cannabis brand and distribution platform that is publicly traded.

Fashion brands and creative projects such as ‘The Shoe Surgeon’ live of creative forces – this isn’t all about the product though. A force that knows exactly how to scale a business, bring it to the next level, find investors, and connect some dots, is almost equally as decisive. Dallas Imbimbo is such a force.