The Most Iconic Fashion x Art Collaborations EVER 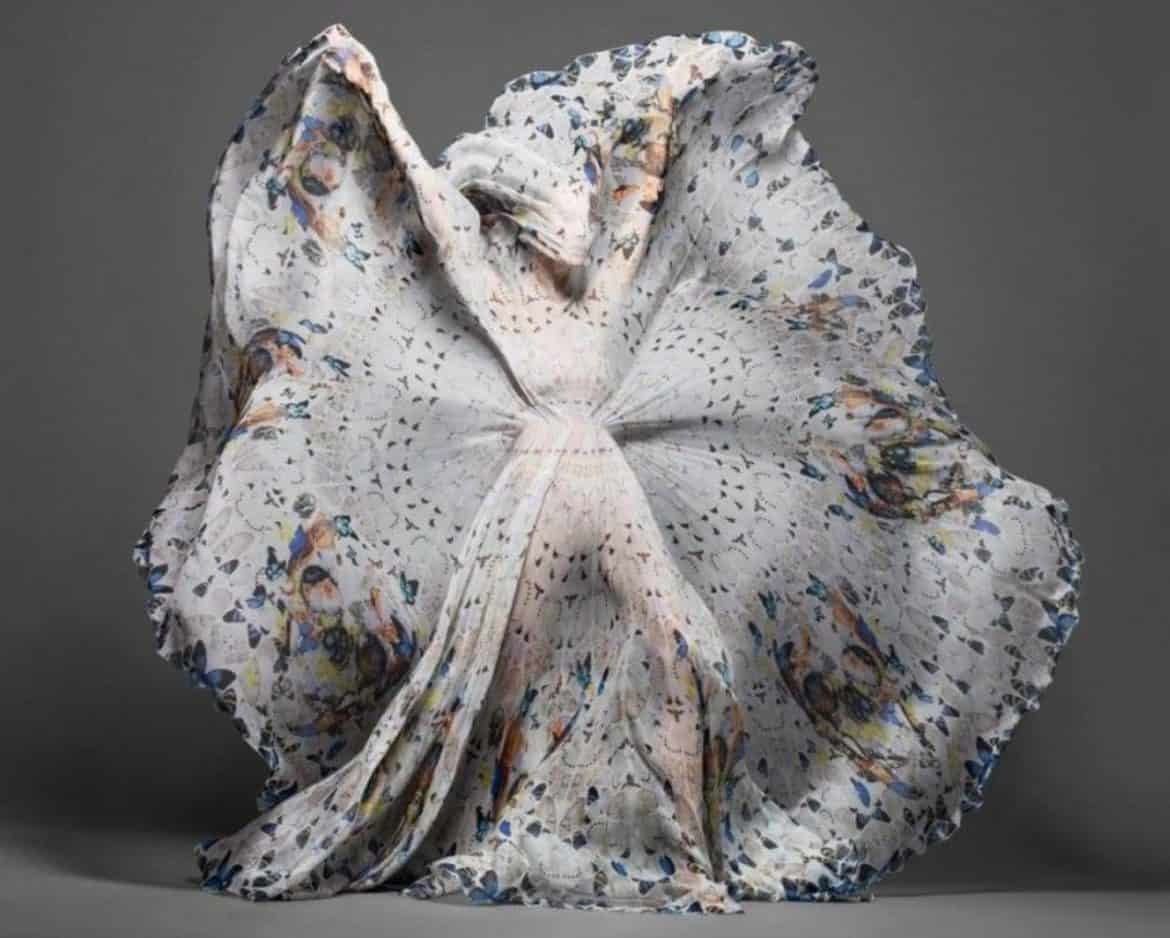 Art’s been on our brains lately—and can you blame us? Coach’s recent collaboration with Keith Haring and Disney will combine two of Stuart Vevers’ best partnerships since he took over the American house in 2013. Earlier this month, the new Pre-Fall 2021 Dior Men’s collection was, literally, out of this world, as Kim Jones placed Kenny Scharf’s sci-fi cartoon paintings on everything from printed shirts to embroidered sweaters. And speaking of Dioe: the latest womenswear collection gave us a range of contemporary bohemian looks with pop art flair that we can’t wait to get our hands on next spring.

Art plays a role in all of these collections, so it’s easy to see why we’ve become obsessed. The two mediums have a longstanding history together, with legends from both worlds often serving as a muse to one another. Combining artists’ best works with a contemporary or heritage brand gives greater meaning to the idea of fashion as art, allows a designer to showcase one of their biggest inspirations, and allows artists to branch out into new commercial ventures.

Below, we remember some of our favorite collaborations of all time—and invite you to take a (museum-worthy!) walk with us down memory lane.

There’s a reason that Louis Vuitton pieces designed by Marc Jacobs sell out constantly on Depop: though his tenure at the house was fairly recent, it quickly became iconic. I mean, who could forget those multicolored LV logo bags? When most people think of this Louis Vuitton era, they undoubtedly recall Jacobs’ ongoing collaboration with Japanese artist Takashi Murakami. The designer sprinkled Murakami’s cheerful, playful signatures—from cartoon cherry blossoms to camouflage—on almost every Vuitton piece, making their collaboration one for the ages. 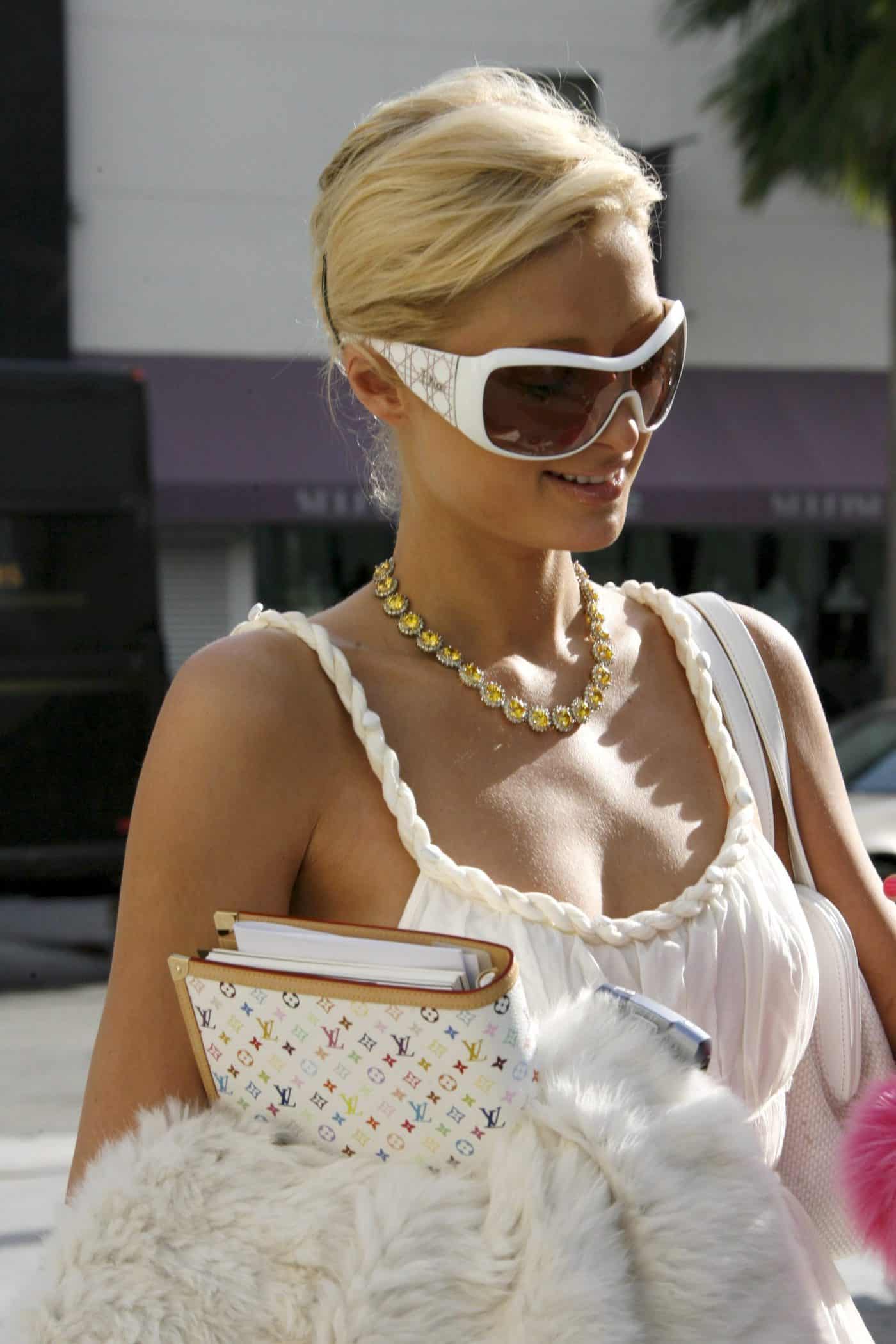 Dior’s collaboration with Kaws effectively broke the internet, from the moment guests attended the Spring Summer 2019 show. Kim Jones’ debut men’s collection for the brand featured a range of modern, sporty knits and suiting, many of which were embroidered and printed with the artist’s reinterpretation of Dior house logos. 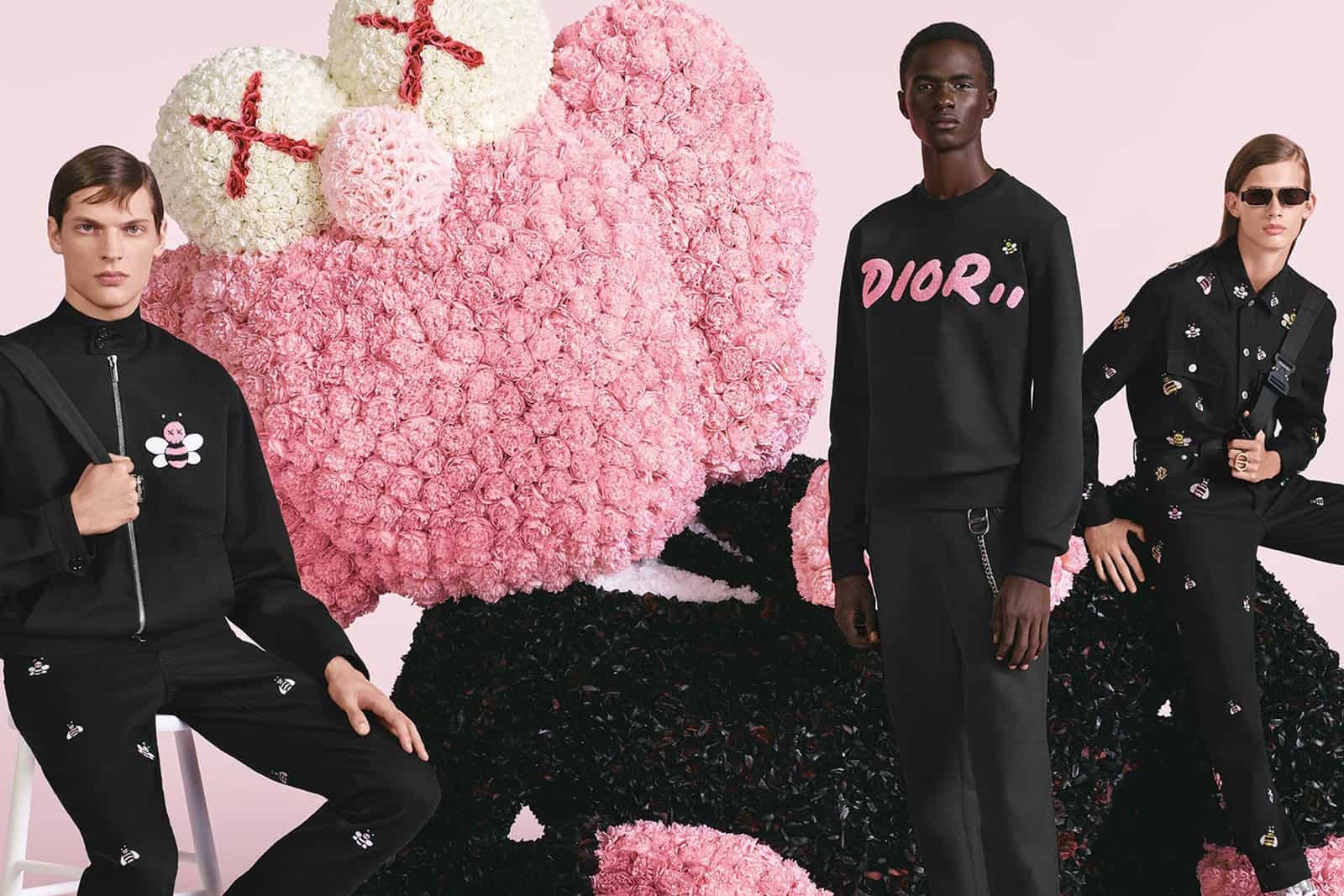 Coach’s optimistic Spring 2018 collection with the Keith Haring Foundation made for a major art-meets-fashion moment. As if the glitter runway itself wasn’t fabulous enough, the playful collection contained a wide range of the artist’s pop art illustrations embroidered and printed on slip dresses, sweaters, and Coach’s signature leather bags. It also served as a 30th anniversary celebration for Haring’s iconic Safe Sex poster, which debuted in the late 1980s. 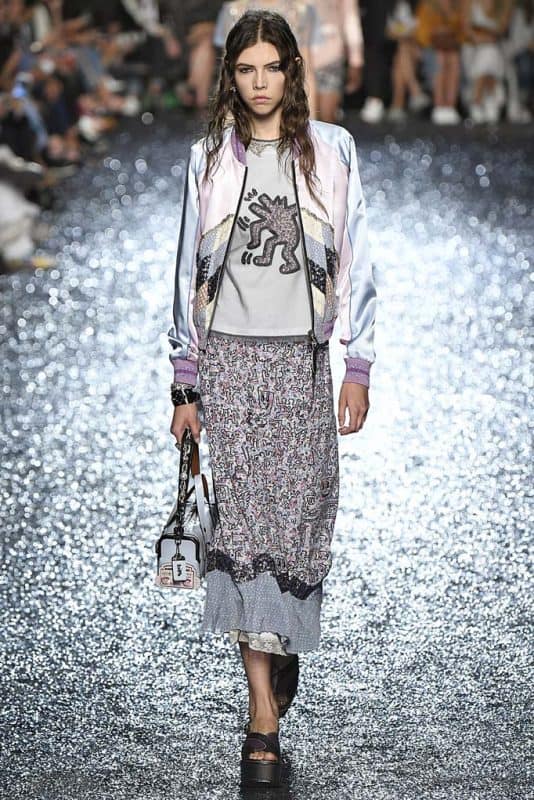 Prada’s Fall 2016 men’s collection notably featured shirts with numerous illustrations by Christophe Chemin, whose art merges fantasy and history. Prints contained animals racing across a cityscape, historical figures brawling with ancient warriors, and Cleopatra kissing a naval sailor against a backdrop of shooting stars. Both enchanting and complex, the pieces sold out immediately—perhaps it had something to do with Eddie Redmayne in the accompanying campaign! 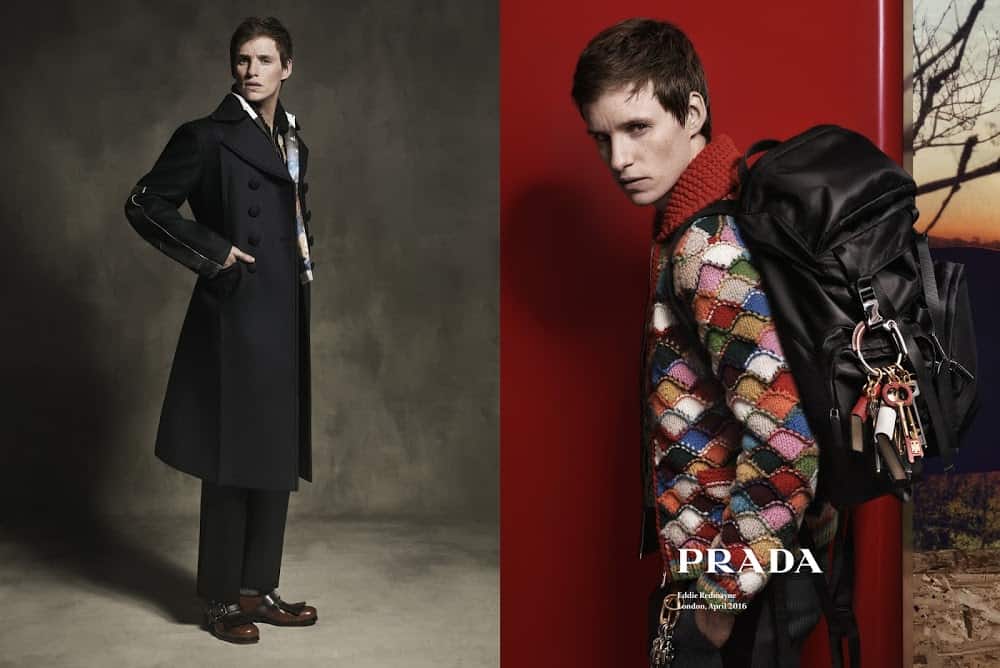 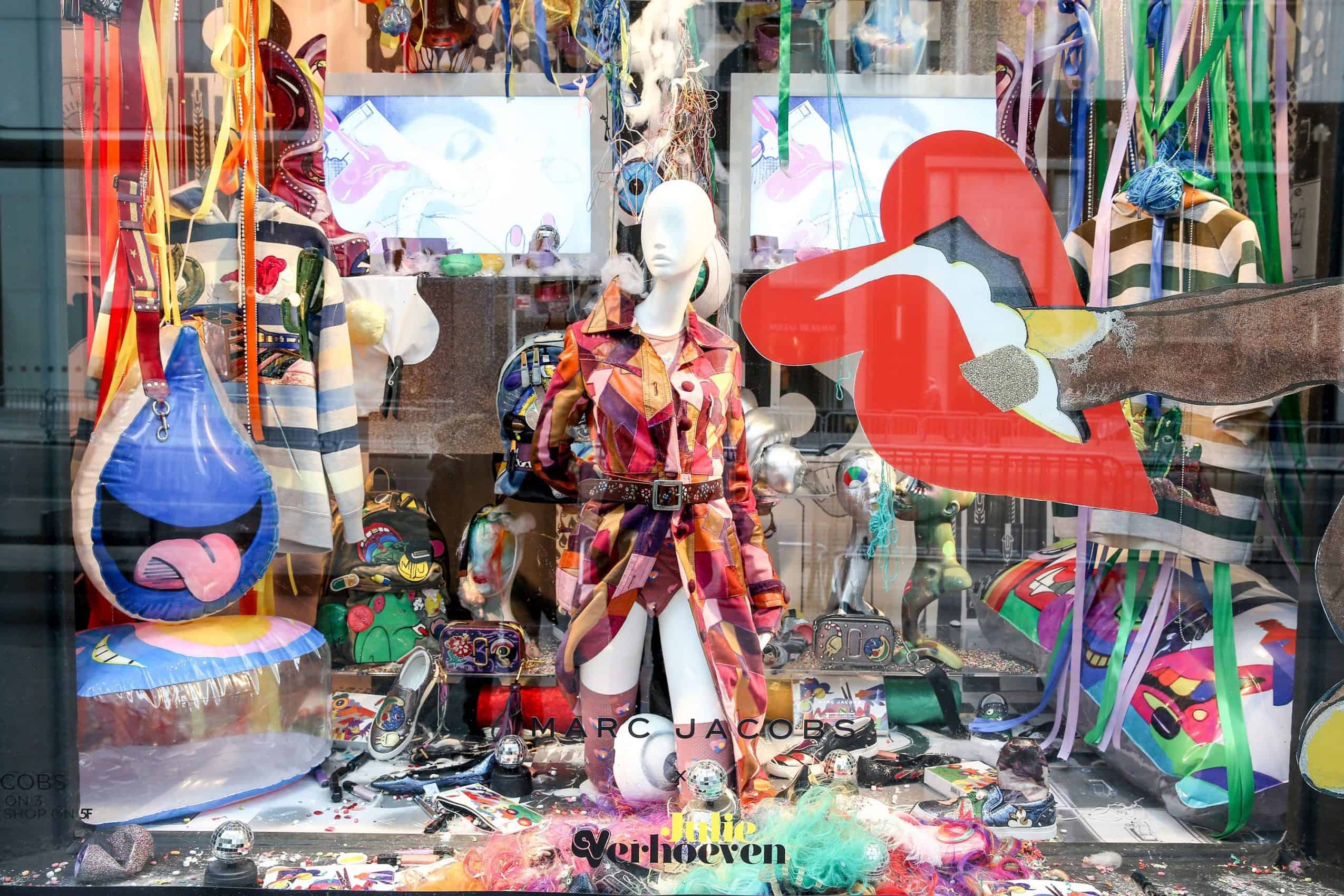 Raf Simons is renowned for his commitment to alternative aesthetics, which were on full display for his Spring 2017 collaboration with the Robert Mapplethorpe Foundation. Over 70 of the similarly subversive photographer’s works were chosen by Simons for the collection. Featuring a range of models and abstract imagery, the prints were rendered on nearly every look, from oversized shirts to tanks and aprons, serving as an homage to Mapplethorpe and his exploration of human sexuality. 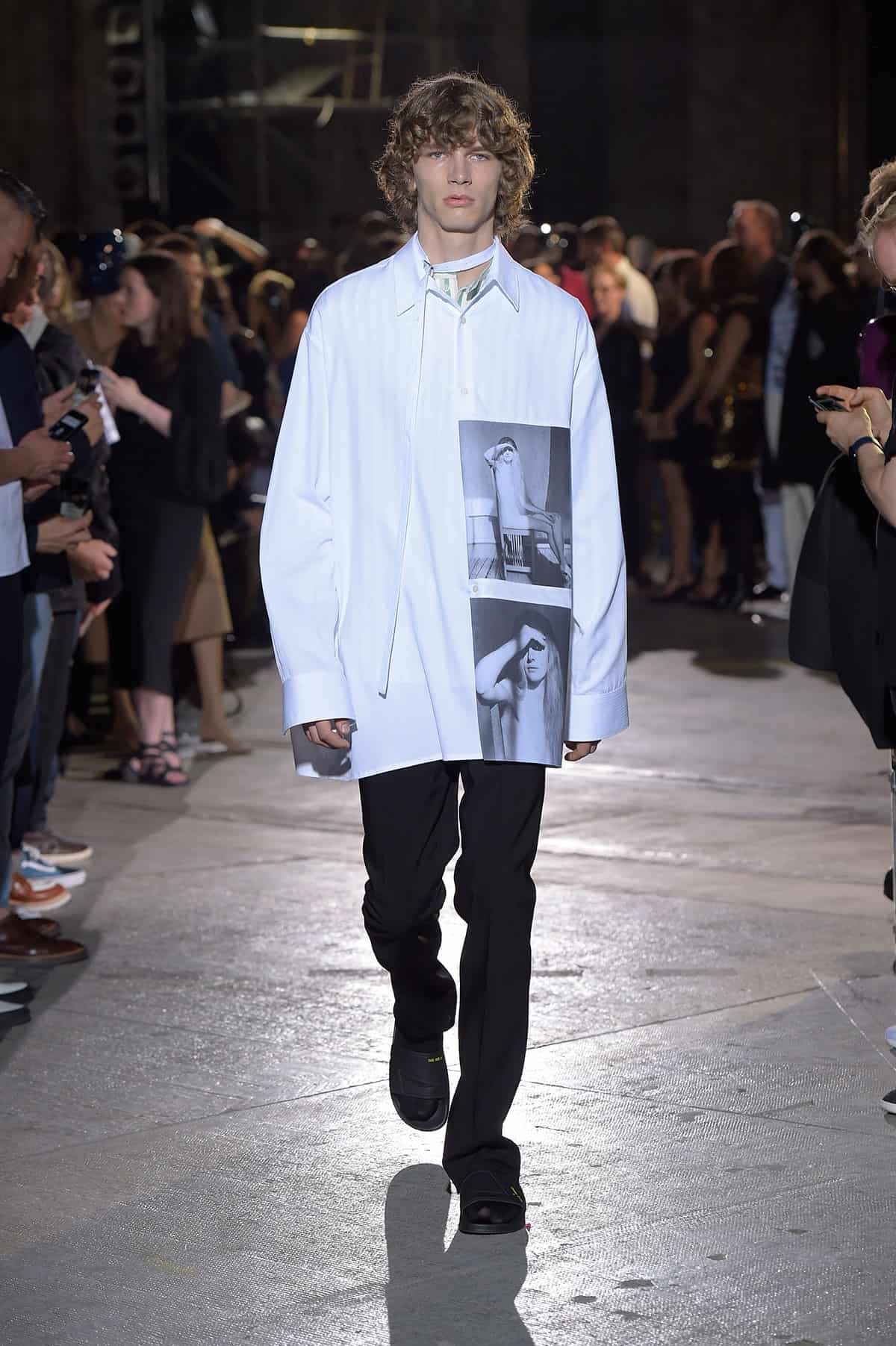 During Raf Simons’ brief stint at Calvin Klein, the punky designer infused the minimalist brand with a splash of Americana. This was on full display for a wide-spanning collection with the Andy Warhol Foundation’s archive. The briefly rebranded CALVIN KLEIN 205W39NYC featured the artist’s iconic flower prints heavily, and the Calvin Klein Jeans line was filled with Warhol’s self-portraits too. Warhol’s photographs were featured on everything from pouches and sneakers to denim, creating a line that was both colorful and a tribute to one of art’s biggest rule breakers. 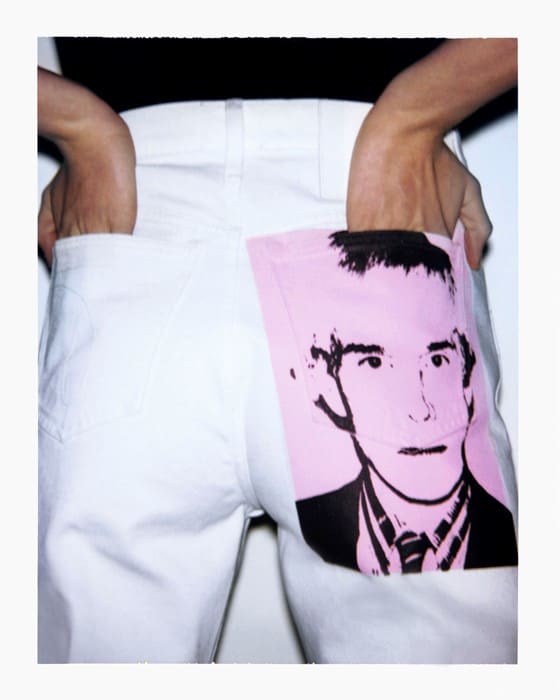 As proven by two mentions already, Marc Jacobs loves artists. At the start of 2020, the designer worked with Magda Archer on a collection for his The Marc Jacobs line. The result was a whimsical range of t-shirts, box bags, and knits in a dreamy vintage color palette, accentuated by Archer’s puppy, sheep, and floral prints. Of course, this being Archer (and Jacobs), the sweet collection comes with a bite from tongue-in-cheek phrases like ‘My life is crap’ and ‘Stay away from toxic people’—which notably found fans in Harry Styles, Dua Lipa, and Kaia Gerber. 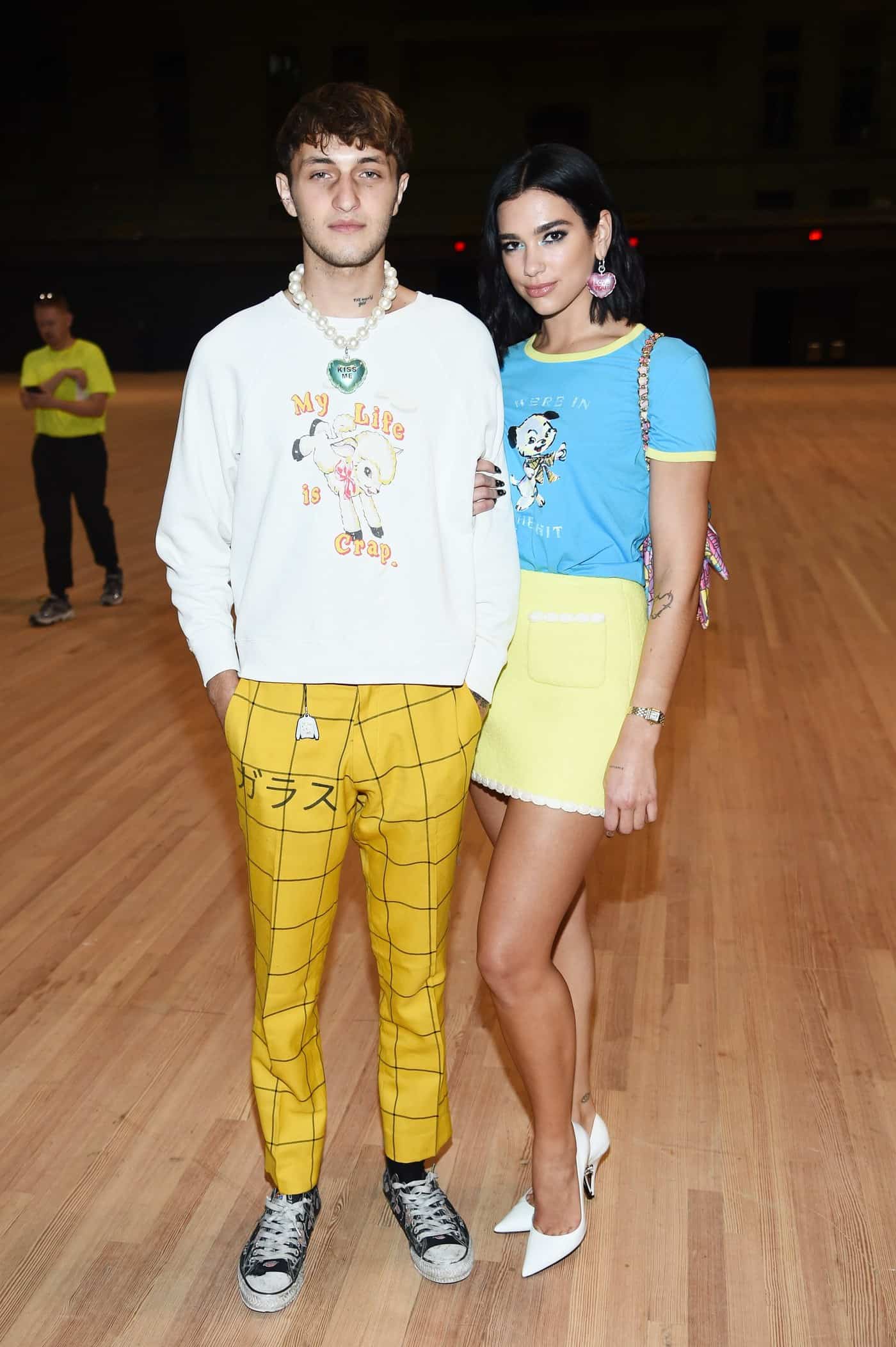 The late, great Lee McQueen was a true fashion pioneer. This was fully evident in his namesake brand’s 2013 Damien Hirst collaboration, which highlighted the tenth anniversary of McQueen’s iconic skull scarf. Hirst and the fashion brand created 30 limited-edition designs covered in the artist’s kaleidoscopic shapes; ranging from butterflies to insects and McQueen’s signature skulls. The line was edgy but also truly touching, showing both creatives’ rebellious spirits and penchant for nature. 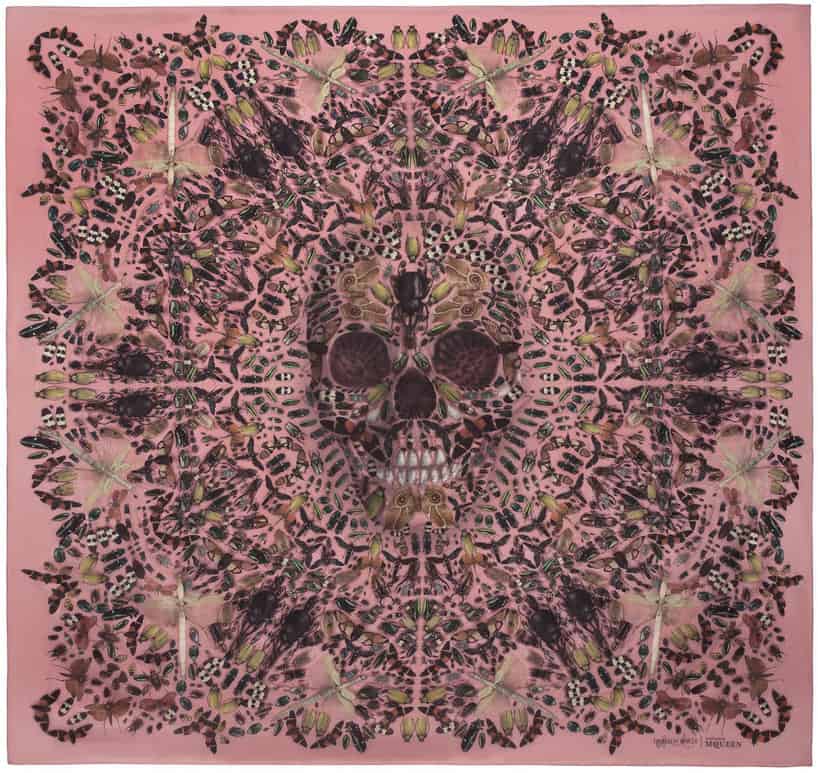 One of the our utmost favorite artistic collaborations is by Louis Vuitton—and it hasn’t even come out yet! The French house’s world-famous logo will be reworked in a 2021 capsule collection by contemporary artist Urs Fischer (who previously put his twist on Vuitton’s Capucines bag in 2019). Next year, Fischer’s trippy ‘LV’ monogram will cover a range of sporty and sophisticated pieces, ranging from bags to sneakers and ready-to-wear. In a palette of black, red, and white, it’s punchy and bold—and the perfect addition to your loungewear rotation. 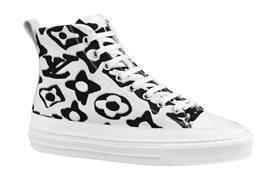 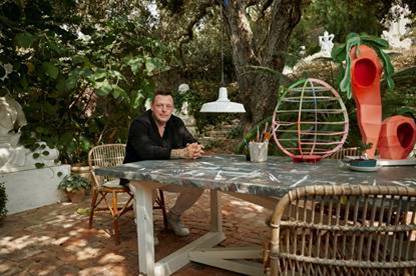 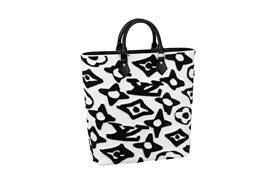 Winnie Harlow: “[Vitiligo] Is Not the Only Thing About Me”