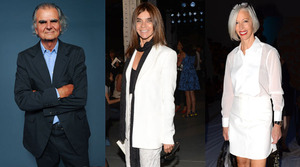 The Daily Roundup: Willow Smith on Her...