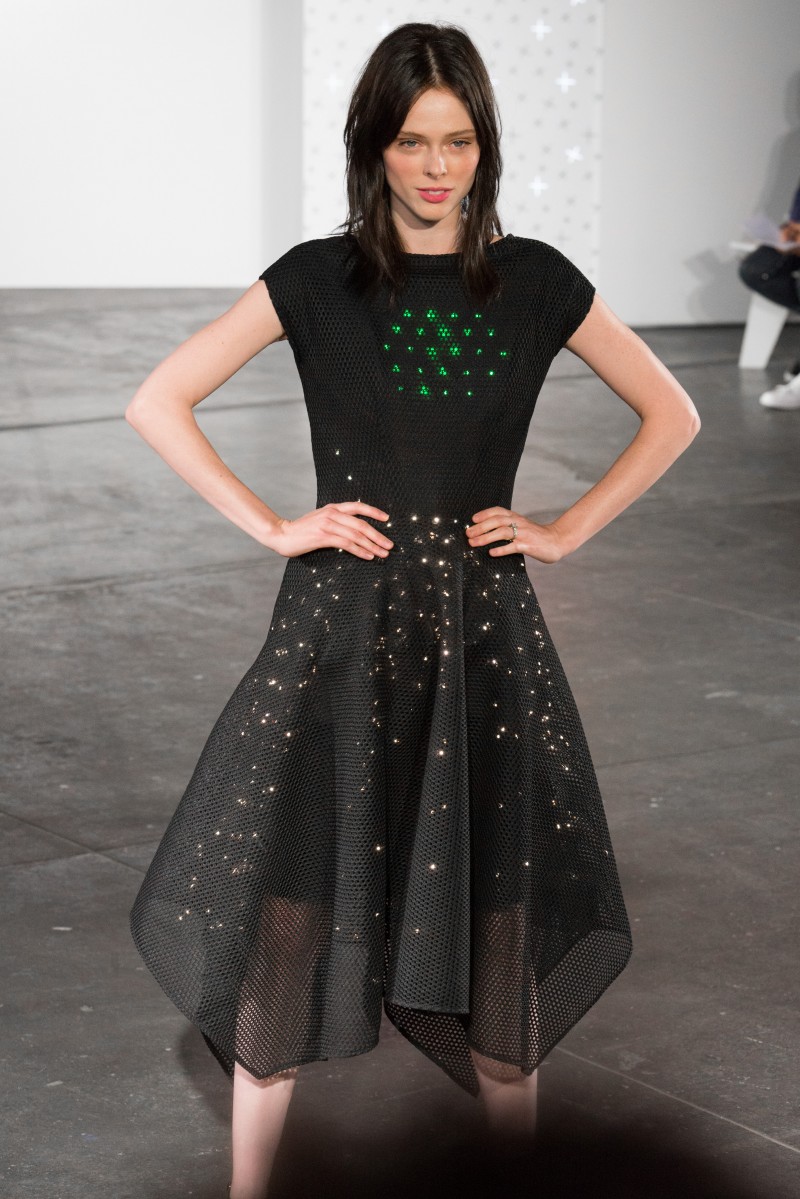 Zac Posen Lights Up the Runway [The Cut]
In partnership with Google’s Made by Code initiative—which inspires girls to learn how to code—he co-designed an LED dress with a 22-year-old fashion technologist.

ABC Family Films Behind the Scenes at Fashion Week [Pret a Reporter]
The documentary, Baring It All: Inside New York Fashion Week, will begin filming today and is set to air in October, giving viewers a peek at the chaos behind the scenes…

An Interview Between Linda Fargo and Naeem Khan [The Thick]
The designer and the “eyes of Bergdorf Goodman” discuss Khan’s first meeting with Halston, drawing lessons from Warhol, and his plans to move headquarters to Miami.

Are Designers Running from the Runway? [Yahoo! Style]
Tom Ford is planning something different, Nanette Lepore is hosting a party, Misha Nonoo is hosting hers on Instagram, Naadam is plastering a strip of look book images onto scaffolding facing Milk Studios, and the list goes on…

The Miss America Shoe Collection Is State-Proud [Associated Press]
Miss Idaho’s has a potato, Miss Florida’s sports the Gators logo, Miss Kansas’ has wheat, and Miss Montana’s features green dinosaurs (but we’re not totally sure why…)