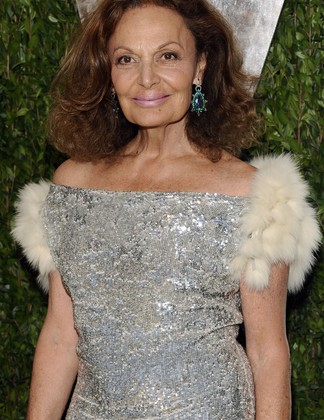 We may catch some of you tweeting at the Tents and Instagramming runway looks from the front row, but how technologically savvy is the rest of the fash set? Over the past decade of Daily-ing, we asked, you shared! Without further ado, an anniversary-apropos collection of your tech (il)literate gems over the past 10 years…

Diane von Furstenberg (2006): “I do not text or have a BlackBerry! I only have a small laptop.”

Betsey Johnson (2006): “My interns can Google things for me. I don’t relate to anything you plug in.”

Robbie Myers on Coco Chanel’s famous address (2008): “Can I Google it first? You know I like to fact check.”

Paul Wilmot (2008): “There used to be an expression ‘possessions possess.’ Well, the same thing is true of the BlackBerry. They possess you, so you keep that little critter in tow.”

Alexandra Shulman (2008): “I don’t really read any blogs; I can’t get my head around the notion of them. I can’t quite understand why I want to know these people’s opinions, so I haven’t yet got that mind-set.”

Tinsley Mortimer (2010): “I’ve been an AOL member ever since I have had an email address. I will never give it up! It’s all I’ve known, and I’m sort of sentimental about it.”

Vlada Roslyakova on tweeting (2010): “Is that where you tell the world every time you do something? I don’t know if I could do that. I’m a private person.”

Nicola Formichetti (2011): “I don’t look at CVs—I ask for Facebook profiles instead.”

Tinsley Mortimer Is Back! The RHONY Star...

Tinsley Mortimer Is Back!