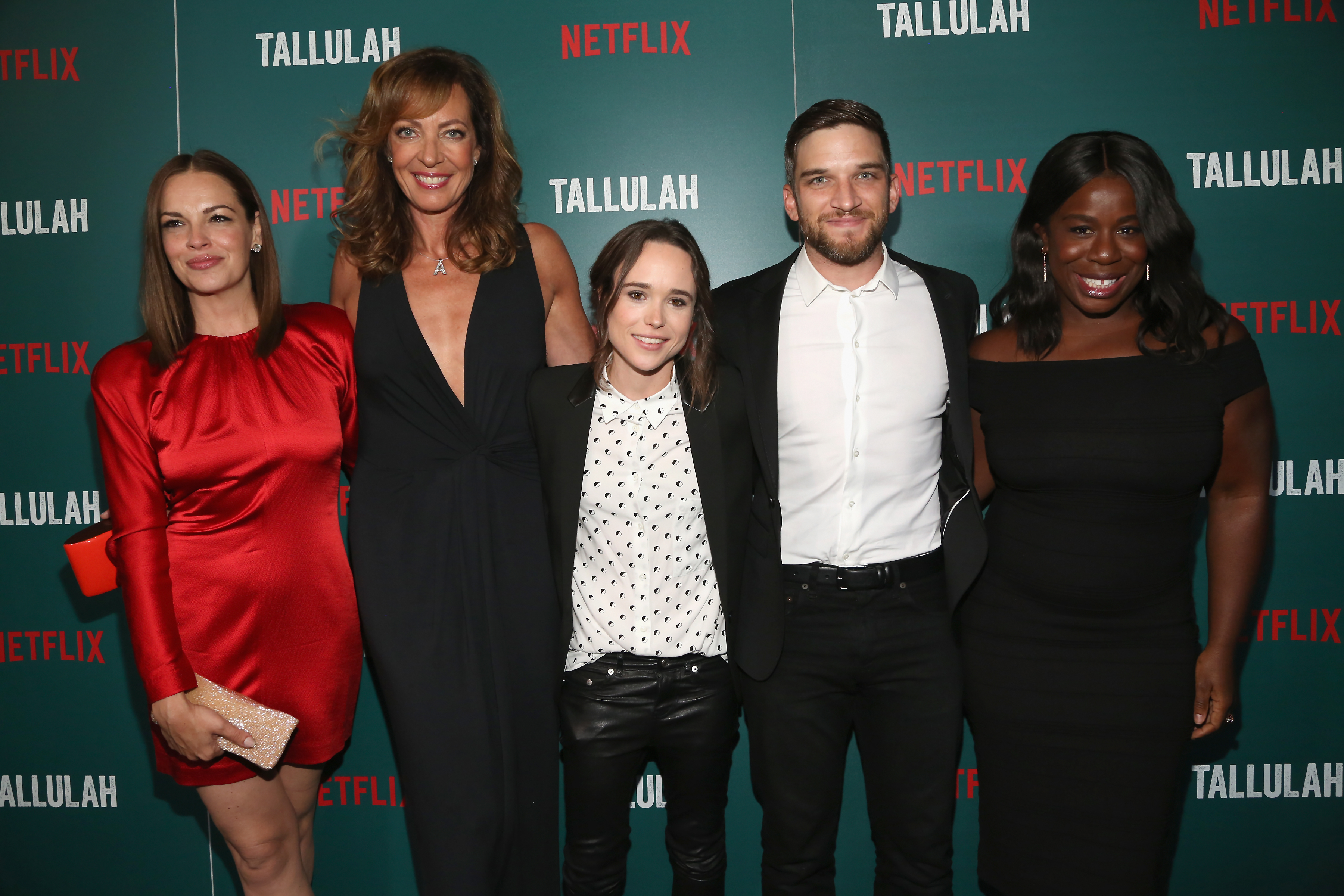 Last night, Sian Heder, Netflix, and The Cinema Society hosted a special screening of the director’s latest film, Tallulah. The event, held at the Landmark Sunshine Cinema, seemed to double as an Orange Is the New Black reunion, with many of the show’s stars coming out to support Heder and the Uzo Aduba, who stars alongside Ellen Page, Allison Janney, Tammy Blanchard, and Evan Jonigkeit.

Page plays Tallulah, a young wanderer who is mistaken by a wealthy and neglectful mother as hotel help. The woman leaves her toddler in Tallulah’s care to go out on a date, and when she comes back and passes out drunk, Tallulah decides to save the baby from her mother. Having nowhere to go, Tallulah seeks out her boyfriend’s mother for help, telling her the baby is her grandchild. The film, led by a mostly female cast, examines the challenges of motherhood.

When asked what drew them to the film, most agreed it was the writing. “Sian’s writing is just brilliant,” Janney told us. “That’s what gets me as an actress—the words. If I get excited about thinking about saying them, I start thinking about the part, and I start getting territorial, and like I don’t want anyone else to play it. I want to play it!”

After the screening, guests carried on to an after-party at the Jimmy at the James Hotel. Other attendees included Zosia Mamet, Spike Jonze, Marin Ireland, Danielle Brooks, Timo Weiland, Pat Cleveland, and Yael Stone.

The Jimmy at the James Hotel,

Ellen Page in a jacket by The Kooples