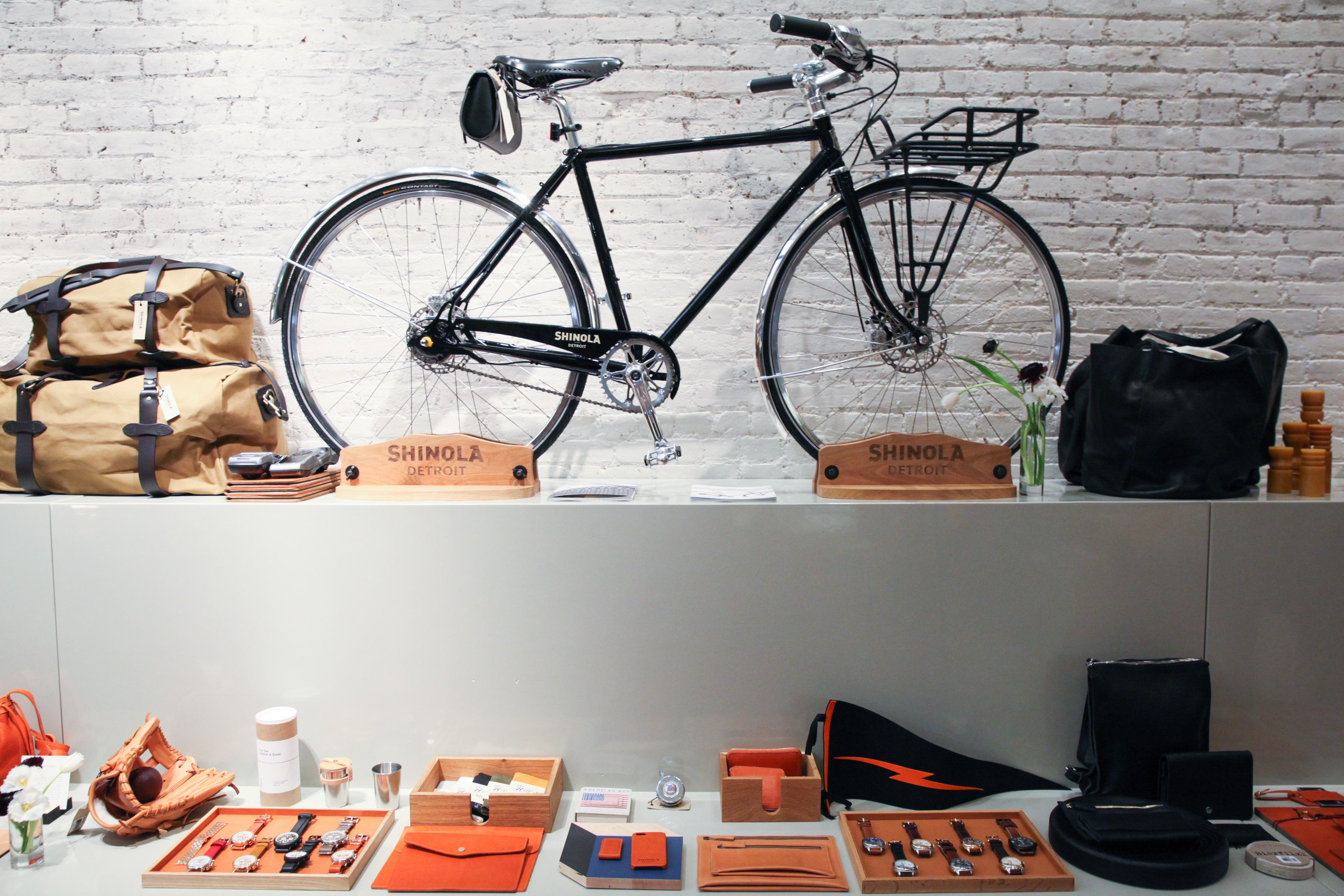 Born in Motown, moving far beyond the Midwest: Shinola has ambitious designs for expanding across the U.S. The Detroit-based watch, bicycles, and leather goods purveyor has plans to set up shop in up to half a dozen new destinations in 2015. First on the docket is perhaps the closest metropolis to the company’s Motor City roots. Expect a Chicago outpost early next year, slated to open in January, according to WWD. No word yet on where the other five or so locations will set up shop. Shinola raised its stakes in the leather orbit by tapping Richard Lambertson and John Truex as its design directors in September.

Last month, the brand headed west with the unveiling of its L.A. store, located in the east side hipster haven that is Silver Lake. Shinola also hopped across the pond last month with its inaugural international location in London. The brand was born three years ago, and has expanded from just four employees to over 300 employees. Shinola pulls in most of its revenue from its burgeoning portfolio of brick and mortar locations as well as from its website. Besides its own sales platforms, the brand has honed in on retailers like Colette, Net-a-Porter, and Holt Renfrew.

John Varvatos On NYMFW, Detroit, And His...