Sergio Says! Musings From Cosmo, Seventeen, And Beyond

Have you been missing Joanna Coles’ hilarious man-about-town/ assistant, Sergio Kletnoy? Of course you have. The Cosmo bro been quite busy thanks to some very major news about his gig (and tons of chic happenings to keep up with, of course). Take it away, Sergio!

First things first, y’all can call off the search party and take me off the missing persons report. I’m baaaaack!

So, I am no longer JoCo’s rock or shoulder to lean on. Ay Dios Mio! No, this wasn’t a break-up of epic proportions a la Jen and Brad, Tom and Nicole or Biebs and Selena: I’ve been promoted to music and entertainment editor for Cosmopolitan and Seventeen magazines. Which means a plethora of celeb interviews and encounters, endless film premieres and concerts to attend, and absolutely no tea fetching, unless Madonna is thirsty for a cup of English Breakfast. I REALLY hope I don’t have to start rocking a three-piece suit in this new role…

Onto more important thing…This is a bit late, but funny story. Everyone has an opinion on Fifty Shades of Grey, right? Some love it, most hate it. I went to a press screening and ended up sitting next to The Village Voice’sformer columnist and NYC legend Michael Musto, who was armed with a pen and notepad in his hands to keep track of all the bad lines from the film. Needless to say he couldn’t keep up with all of the terrible one-liners. When the film ended, I called my best friend who was dying to see it and told her that it “Wasn’t as bad as Glitter(sorry, Mariah) but nowhere near as epic as Showgirls”. Obviously, the film studio that made this masterpiece is laughing all the way to the bank, as the film cost only $40 million bucks to produce and is close to making five hundred million worldwide at the box office. Note to self, write a really bad-but-good book or movie pronto!

I also went to see an incredible new British singer-songwriter, James Bay, in concert. Well, it wasn’t so much a concert but a showcase for a few VIPs in the music biz. The location was top secret (somewhere on the Lower East Side, in an unmarked building, up the stairs, through a laundromat and a labyrinth) and you were banned from taking photos, as big burly security guards policed our every move. For once, social media-obsessed journalists had to focus solely on the music, and not on taking a dark, blurry shot for Instagram of a musician singing his heart out. A pretty refreshing concept, if you ask me. Not long ago, James received the Brit Critic’s Choice award (aka the British Grammy) and you’ll totally understand why as soon as you hear his beautiful and haunting voice croon my fave tune called “Hold Back The River”. His debut album, Chaos and the Calm, is out at the end of the month…

I also went to see Larry David (the man behind Seinfeld and Curb Your Enthusiasm) make his Broadway debut in Fish In The Dark, also starring Rita Wilson and the hilarious Rosie Perez. The last time Larry appeared on stage was back in the eighth grade, in a play called Charley’s Aunt, which doesn’t sound that interesting. I mean, who is Charley and why would we care about his aunt? Fish In The Dark, on the other hand, is the funniest play I’ve ever seen. Larry and the cast had the audience in stitches for the entire two hours, and I am dying to see it again. It ends June 7th, so do whatever you can to get tickets. If you have a spare one or just want to take me as your date, I’m totally ready and willing!

A few days later I met up with Carly Rae Jepsen. Yes, the “Call Me Maybe” girl—she is back with another smash, aka the song you’ll be humming for the rest of the year. “I Really Like You” is the first single from Carly’s new album out later this year and the video stars Tom Hanks and Justin Bieber. You’ve been warned… 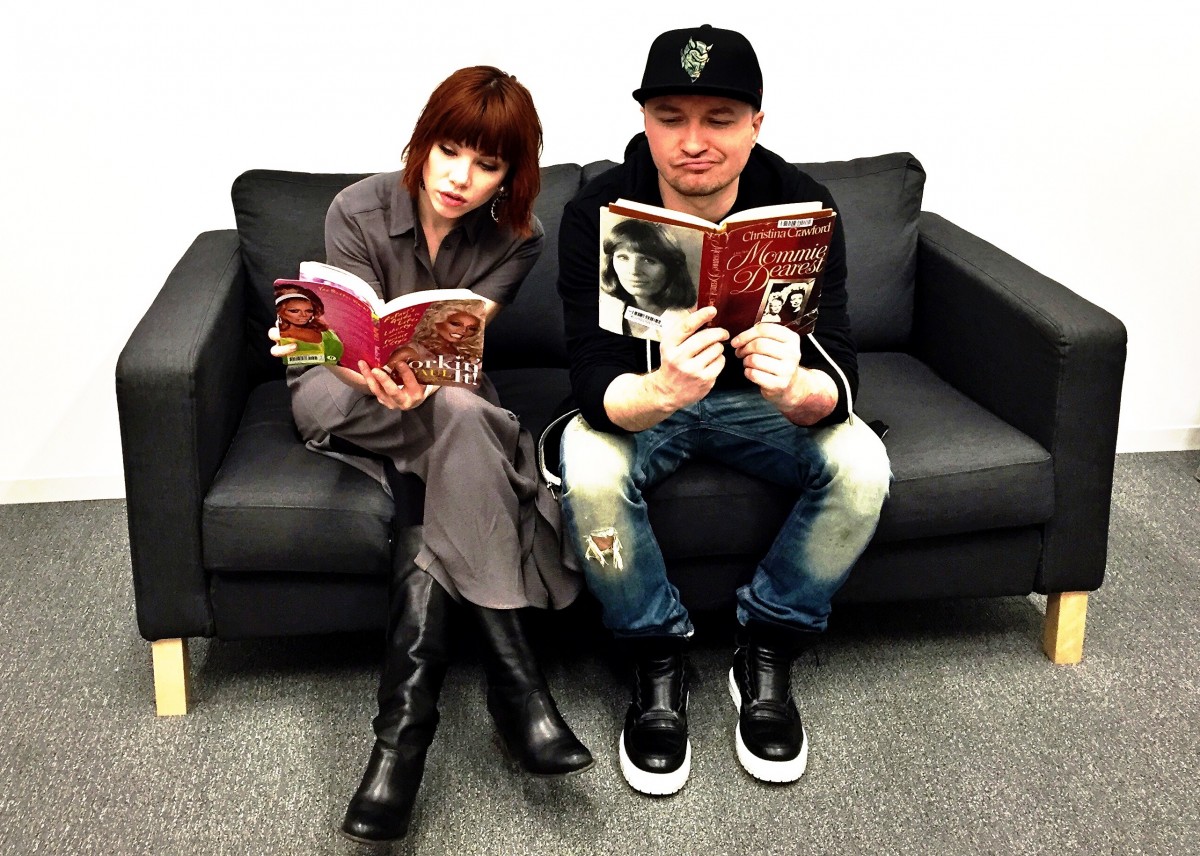 I ended my week with America’s sweetheart Kelly Clarkson, who I got to interview for an upcoming issue of Seventeen. Kelly’s new album, Piece By Piece, is out this week, and so far it’s one of my favorite albums of the year. Upon meeting Kelly, I totally fan-girled over one too many Kelly songs that I know by heart and sing in the shower on the daily. She gave me a big hug and asked what sign I was. Turns out Kelly is a Taurus, just like moi. I think I found my new BFF…And trust me, you need her new album in your life! Piece By Piece is like a ray of sunlight on a cold and gloomy day.

Signing off, and until next time you can follow me on Twitter and Instagram at @SergioKletnoy. Oh, and since I’ve been gone for so long and I know you really really really missed me, here’s a massive playlist with my fave tunes of the moment! Enjoy…

OBSESSED:
“2AM” by Astrid
“Forget” by Marina + the Diamonds
“Where Are Ü Now” by Jack Ü & Justin Bieber
“Comeback Queen” by Ruby Frost
“Nobody Love” by Tori Kelly
“Deal Me Briefly” by Rainy Milo
“Squeeze Me” by N.E.R.D.
“Falling” by Kate Havnevik
“If My House Was Burning” by Charlotte OC
“Right Here, Right Now” by Giorgio Moroder & Kylie Minogue
“Someone New” by Hozier
“You’re On” by Madeon with Kyan
“Volcano” by Emily Hearn
“Head Up High” Penguin Prison Remix by Oh Land
“Satellites” by Mew
“Classic Man” by Jidenna & Roman GianArthur
“A Message” by Kelela
“Chains” Remix by Nick Jonas & Jhené Aiko
“Ritual” by Lake Komo
“Who’s That Girl” by Rose Lowe
“Sorry” by Meg Myers
“(H)ours” by JUCE
“Wasteland” by VÉRITÉ
“Nothing Without Love” by Nate Ruess