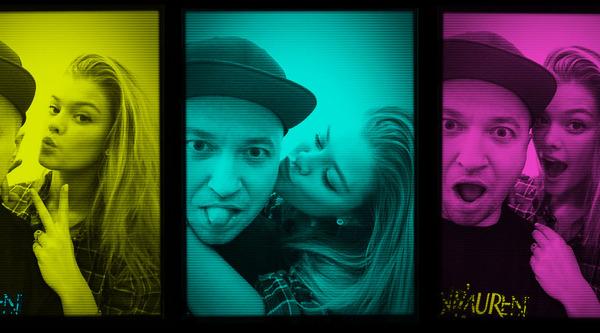 It was just another average week for Cosmo’s music-loving and super chic assistant, Sergio Kletnoy. In between scheduling appointments for Joanna Coles, he managed to squeeze in a meeting with a model, a moment with RuPaul, and of course tons of new tunes into a short period of time. Consider us impressed, yet again…

I get excited about music the same way women get excited about shopping for shoes. And when I discover a new singer I want to shout it from the rooftop, which I do most of the time. Take Miriam Bryant for example, a Swedish singer-songwriter whose voice is a hybrid of Adele, Amy Winehouse, and Florence Welch. Last year I came across her first single “Finders Keepers” and was instantly blown away. I’ve been waiting to meet her ever since and this week we finally came face-to-face at the Cosmo office and then later in the week at her first NYC show at Pianos. Her powerful voice is an instrument that makes you feel every emotion and takes you on a rollercoaster ride of happiness, sadness, and everything in between. Miriam and I got along famously, especially when she mentioned her love of Spice Girls and Backstreet Boys, who are not guilty pleasures! Trust me, Miriam is the one to watch. You’re welcome!

In between JoCo’s one too many cups of tea and five too many meetings, lunches, and dinners, I also got to hang with supermodel Nina Agdal. She’s sharing the current Sports Illustrated swimsuit cover with Lily Aldridge and Chrissy Teigen and is featured inside Cosmo’s April issue in a sizzling denim fashion story. Nina came by the Cosmo office for a “CosmoLive” broadcast along with a bunch of shirtless dudes (you know how we do!). She was way too cool and someone I’d totally find myself in a bar with doing shots. Or we could be fancy and have cucumber sandwiches and tea.

Speaking of tea, I finally got a chance to interview RuPaul, for a super fun piece running in a special “Sergio Says” edition next week. If it was up to me, Ru and I could have talked for hours, but he got tired of me fan-girling over him. He did promise to adopt me, so I’m starting to pack my Upper East Side digs this weekend while listening to Ru’s brand new album “Born Naked” (available at your favorite retail and online store today!).

Have an excellent weekend and be sure to check out my fave new tunes of the week. Catch you next time, but until then follow me on Twitter at @SergioKletnoy

“The Fire” by Kina Grannis

“Me and My Broken Heart” by Rixton

“Girls and Boys” by Chloe Howl