Sergio Says! Musing From Cosmo (and Beyond…) 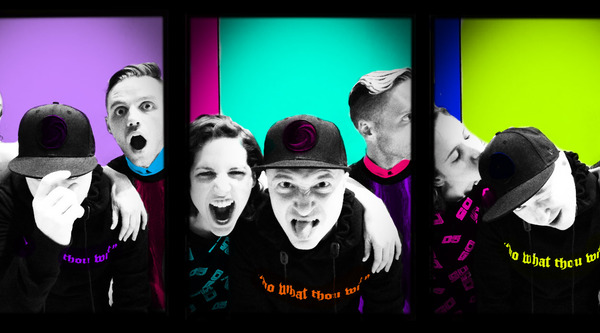 The latest escapades of Cosmo’s Sergio Kletnoy, assistant extraordinaire to EIC Joanna Coles, involve an epic mother’s day, a J.Lo encounter, and a Robin Williams sightings, among other antics. Intrigued? Read on!

Sunday
Spent Mother’s day with my favorite woman on the planet: my mom! The night before, I told her that I had to work and most likely won’t be able to see her. As you can imagine, she wasn’t too happy. When I arrived at her place at 9 a.m. with a huge bouquet of lilacs (her favorite flowers) and a bag filled with all things Chanel, she looked inside, then handed the bag back to me and said she’s into Dior now! JK. We spent the rest of the day in Scarsdale, first on a stroll through Kensico water dam with our friends, followed by a huge BBQ with my Russian BFF Alla and her family. There was enough food to feed a village (juicy burgers, foot long filet mignon steaks, every type of Russian salad known to man, potatoes, Lady M cakes and lots of vodka). The best part of the day was being around the people I love, plus it’s the only day of the year I have to be on my best behavior! I was a perfect angel… 😉

Monday
I woke up at seven this morning, jumped in the shower and lathered my bod with Margiela shower gel, then got dressed in my Monday best (Diesel gray denim jeans, Rodarte for Opening Ceremony charcoal sweatshirt, BAPE sneakers and black Comme des F***down snapback) and strolled down Madison Ave, straight to my chiropractor’s office at 53rd Street.  I’ve officially become addicted to that special touch Dr. Diamant provides two or three times a week before my workday begins. Each time I lay down on his table, waiting patiently for his healing hands to work their magic on my back, I think about that scene from Truth Or Dare when Madonna told the director of the film that her adjustment will not be filmed and the screen goes black. For the next 30 minutes I disappear into another universe with not a care in the world. For the rest of the day I felt like a newborn baby, alive and kicking, managing each task like Jim Carrey in God Almighty (poof and it’s done). I also got to hang with Lizzy and Max, of the coolest new duo, MS MR. Their debut album, Secondhand Rapture, is out this week. Their sound: a hybrid of trip-hop-mellow-and-chill-dark-pop, almost a lovechild of Florence + the Machine, Lana Del Rey, Adele, and Kavinsky. Check out my interview for more and be sure to download their album, pour yourself a glass of Sauvignon Blanc and get lost in the perfect chill-out soundtrack after a long day at work…

Tuesday
Today was just another normal day at Cosmo. And by normal I mean OMFG, I can barely breathe. While JoCo was interviewing everyone’s fave “friend-in-their-head” Mindy Kaling at Sirius XM, I jetted off to midtown for a coffee with my friend who’s also publicist to Ms. Diana Ross, Chaka Khan Chaka Khan Let Me Rock You Chaka Khan and Jenny From The Block aka JLo. Mark was in town for a slew of mega-projects with Ms. Lopez. Upon being introduced to the hottest Latina on the planet, my heart melted, my knees shook, and I suddenly had the urge to get on the floor, cover my body in Glow products, and dance like no one’s watching. After our brief but oh-so-memorable encounter with my “On The 6” train buddy, I went back to the office, where I bumped into Angel aka David Boreanaz. David came by the office with his wife Jaime Bergman to show off her Chrome Girl nail polishes. Being a huge Buffy The Vampire Slayer and Angel fan, I stopped David and made him pose for a few photos on my PhotoBooth. I ended my night with a 10 p.m. screening of The Great Gatsby, since I fell asleep at the premiere the first time around. It was very pretty… And really long…That’s all.

Wednesday
On my way back to the office after picking up JoCo’s chicken salad and a green juice concoction from Blue Dog Cafe, I saw a group of peeps with cameras waiting patiently in front of Carnegie Hall. A black SUV pulled up, door opened and a lady in her mid-twenties yelled out “DUSTIN!!!!!!” I turned around and saw Robin Williams standing next to his SUV, shaking his head in disbelief. He was probably thinking, “I know Dustin Hoffman and I have dressed up in drag for very famous roles (Tootsie and Mrs. Doubtfire). But those films are 11 years apart, there’s a 14-year difference between Dustin and I, and you young lady should know your actors before you scream out a wrong name in front of a huge crowd of people. Mind your manners!” After work, I met up with my friend Nikki Williams, whose Sia-penned single “Glowing” is a massive hit everywhere, for a dinner at Landmarc inside Time Warner, where we bumped into David Boreanaz, his wife, and his two kids. Nikki had a major fan-girl moment; apparently she was as obsessed with Angel and Buffy as I was…

Thursday
Guess what came across my desk today? A tube of Renova red toilet paper. Yes, RED TOILET PAPER!!! The same toilet paper Queen Beyonce demands on her rider. When I first read about it in the press I laughed at the thought of having red toilet paper, but now that it was in my hands I totally get it! It’s 3-ply, 140 sheets per roll, as soft as a red velvet cake, as luxurious as the finest of Egyptian cottons and if it’s good enough for Bey, Jay, Blue and rumored #2, it’s good enough for moi!

Friday
Obsessed: “Final Warning” by Skylar Grey; “Goin’ Crazy” by Dizzee Rascal and Robbie Williams; “What Love Is Made Of” by Katy B; “Wasting My Young Years” by London Grammar; “Dirty Laundry” by Kelly Rowland; “Waste Of Time” by MØ; “Julian” by Say Lou Lou; “How’s That” by Twigs; and finally my fave jam – “Her Favorite Song” by Mayer Hawthorne and Jessie Ware. Have a great weekend, catch me on Twitter at @SergioKletnoy and come back for more next week…

Michael Musto Out At Village Voice

Sergio Says! Musings from Cosmo (And Beyond…)