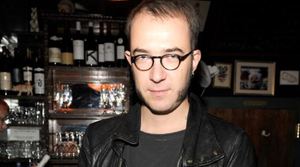 (NEW YORK) The Chambre Syndicale de la Haute Couture announced three additions to the Paris Haute Couture calendar for the upcoming season: Schiaparelli, Ralph & Russo and Serkan Cura. The three labels are joining couture week, from January 20th to 23rd, after being elected as guest members by the Chambre Syndicale. These houses will join the likes of Chanel, Christian Dior, and Valentino on the Couture line-up.

Schiaparelli is re-entering the game with Marco Zanini at its helm, the former Rochas designer whose couture appointment was announced on September 30th. The French brand, which was founded in 1927 by Elsa Schiaparelli, closed its doors nearly 30 years after its inception. Its revival was announced last May, and Schiaparelli debuted a one-time couture collection designed by Christian Lacroix in June 2013; a theatrical tribute to the brand’s late designer, which was never intended for sale.

Created by Tamara Ralph and Michael Russo, Ralph & Russo is a couture house based out of London. The label was founded in 2007; Ralph, a fourth-gen couturier, is the creative director, and Russo handles finances as the company’s CEO. Cura, a Turkish-born designer, sells bespoke gowns under his eponymous label, which launched only two years ago. After graduating from The Royal Academy of Fine Arts in Antwerp, Cura spent four years under the watchful eye of Jean Paul Gaultier. Bonne Chance to the latest couture calendar additions!