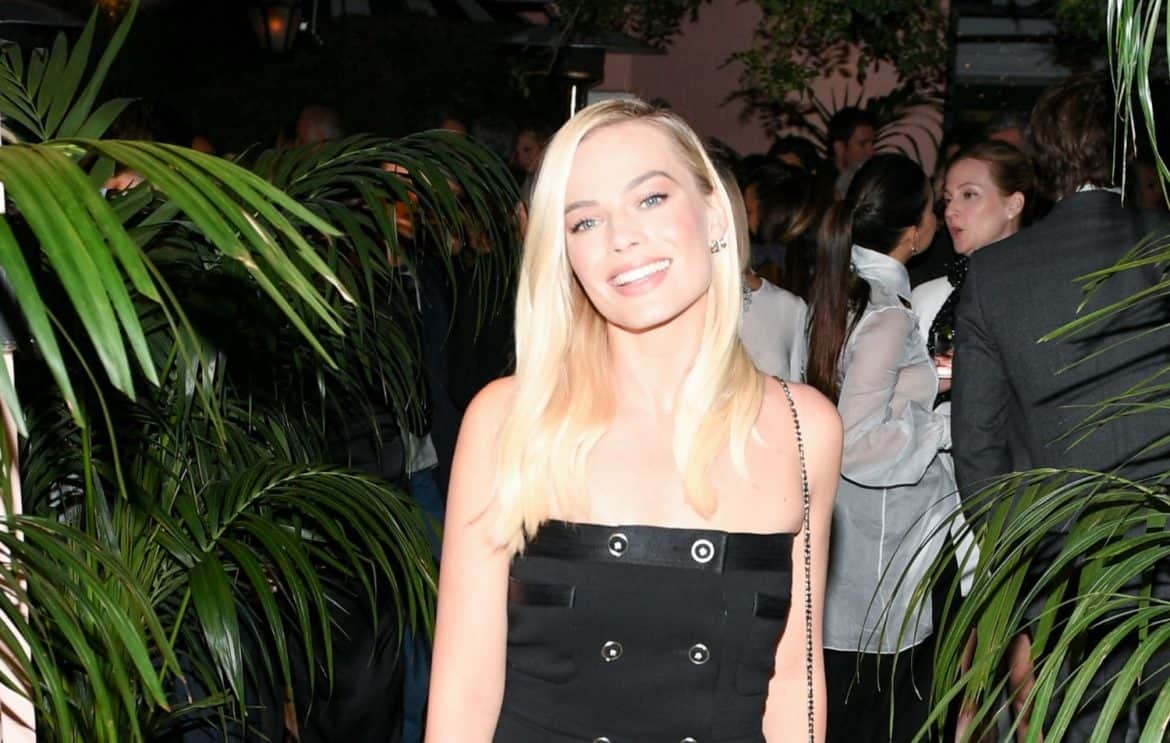 Communications authority Salvo Nicosia, known as “the bearded publicist,” has died due to cardiac complications. Having entered the industry in 1996, Nicosia worked alongside the likes of Dolce & Gabbana, Alberta Ferretti, Philosophy di Lorenzo Serafini, and Emilio Pucci, as well as celebrities Jennifer Lopez, Madonna, Beyoncé, Lady Gaga, and Naomi Campbell during his notable career. His most recent appointment was as communications director for Alberta Ferretti and Pollini in 2021. To honor him, Alberta Ferretti and others delivered statements on his impact in their lives. “I am deeply saddened by Salvo’s death, a person with whom I have shared so many important moments in the recent years. For me and for our company as a whole, this is an extremely dramatic human and professional loss,” said Alberta Ferretti. Supermodel Naomi Campbell also shared her sentiments on Instagram, citing three decades of friendship with Nicosia. RIP.

Multi-hyphenate star Margot Robbie is a certified escapist—and her preferred mode of transportation is a lengthy novel. Released today, the Australian bombshell joined Chanel for an episode of its video series, “In The Library With…”, and divulged the books she’s been glued to ever since her grade school days. The actress said she loves reading for the same reason she loves movies—the way both allow her to escape. When it comes to literature, the star has classic taste in every sense of the word. Think: everything from The Hobbit and Nancy Drew mystery series to Ernest Hemingway and Harper Lee. Of course, her current arsenal comprises scripts, autobiographies, and work-related pieces too, but she cited a few pieces she can’t help but to read again and again—among them are current favorite series The Magicians, Five People You Meet In Heaven, and To Kill A Mockingbird. The bookworm even named her dog “Boo Radley” after a favorite character in the latter. Her ideal situation? Cozying up in her reading nook, cup of tea in hand. Click here to listen for yourself.

For the latest tidbit on her lengthy resume, supermodel-mama Gigi Hadid has joined H&M to bring its most recent campaign (nay, fictional hotel!) to life. Inspired by the lingering urge to travel, the campaign brings together Hadid, Precious Lee, Jill Korteleve, Devyn Garcia, and others having good-humored fun and flaunting the collection’s latest wares. Its promotional imagery, filmed by Bardia Zeinali, shows Hadid playing the part of concierge for H&M’s made-up accommodation Hôtel Hennes and other such comical bits—like waiters engaging in a full-on dance number to serve Korteleve a PB&J sandwich. Despite the fictional aspect of the film, the friendships seen in the campaign are anything but staged. “What you see in the final video is genuine. It captures the feeling of us all having a good time together,” Hadid told Vogue. In other G news! The muse has confirmed that her debut clothing line is officially in the works. “Working on my clothing line has been incredible because it’s a different setting, where I get to be involved in team-building and design,” she said. “I’m just trying to be creative all the time, and keep coming up with ways that I can put that into the world in a way that touches people.” Watch this space!

Announced today, Grammy-winning pop star Billie Eilish has teamed with sneaker authority Nike for a new collab. The drop features classic Nike silhouettes—for example, the cult-favorite Air Force 1—but reimagined with the artist’s effortless cool aesthetic and an eco-conscious touch. All styles have been reworked using only sustainable materials, and flaunt an easy-to-pair color palette to match. Displayed in the partnership’s promotional material was a doomed sell-out AF1, which now boasts a chunky sole and velcro straps, and the complementary Nike x Billie Apparel Collection—a selection of hoodies, sweatpants and t-shirts adorned with Billie Eilish-themed graphics and a novel mushroom color. You can get your hands on it when it officially launches on store.billieeilish.com April 24, and on the Nike SNKRS app on April 25.

Maria Grazia Chiuri’s 2023 cruise collection debut is slated to enjoy the limelight in Sevilla’s Plaza de España on June 16. Chosen intentionally, the showing’s coordinates are a nod to “the excellence of Andalusian craftsmanship and culture through the creativity of local artists and artisans,” according to an official statement. In other Dior news! The house calendar is picking up, with the recently announced pre-fall 2022 collection to show in Seoul on April 30 and its mens spring 2023 collection to debut in Los Angeles on May 19. 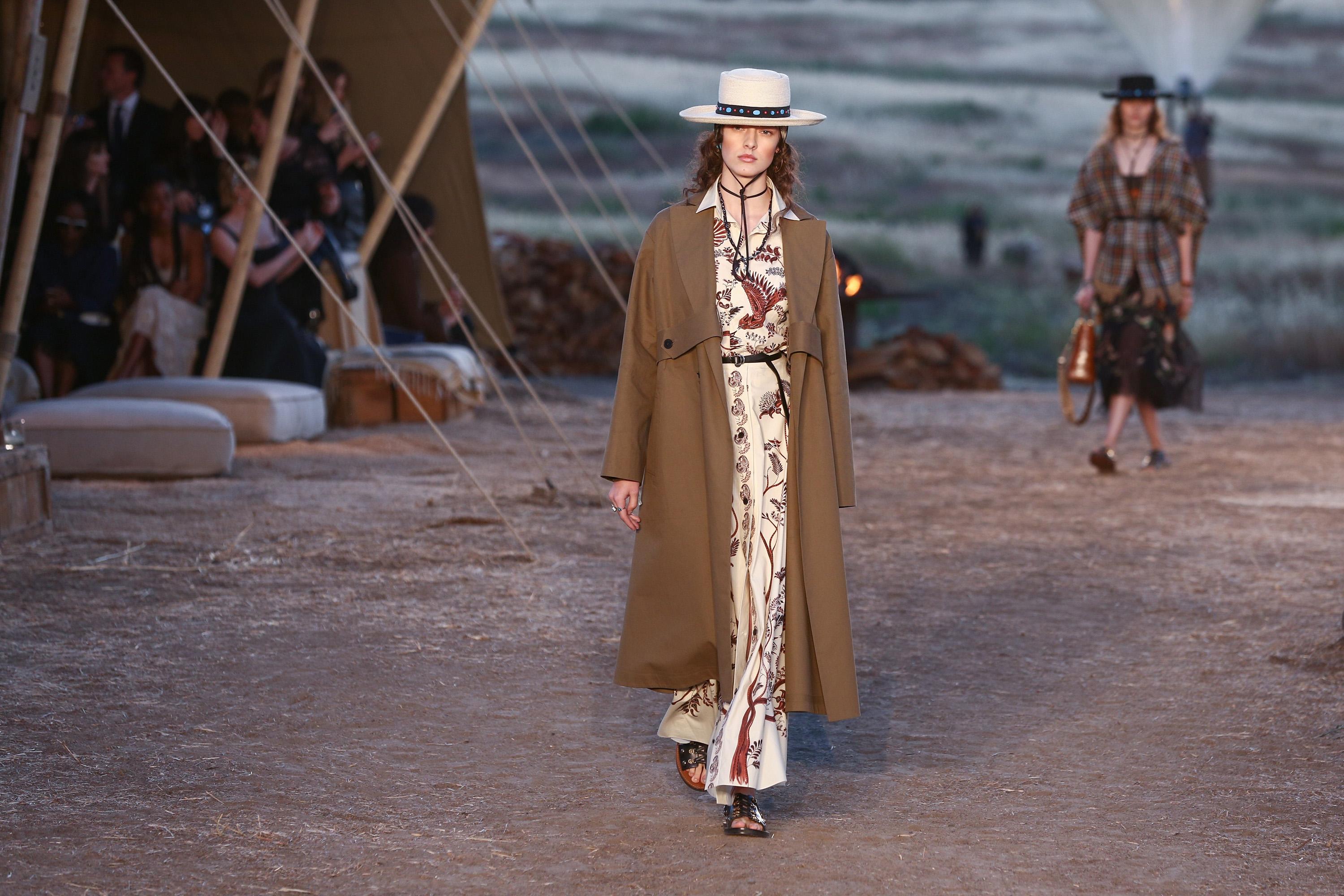 Louis Vuitton has confirmed that on May 12, the cruise collection will be showcased at one of San Diego’s most visually captivating backdrops: the Salk Institute. The choice of scenery is nothing surprising, as the house’s creative director Nicolas Ghesquière tends to favor more architecturally pronounced edifices—like airport terminals and outdoor museums. The designer said he was inspired by his connection to California, and the Salk Institute’s views of an endless Pacific Ocean and architect Louis Khan’s structurally Brutalist approach made it the perfect match. The site was also featured in a previous house magazine edition dubbed “The California Issue” and its 2019-era travel campaigns. 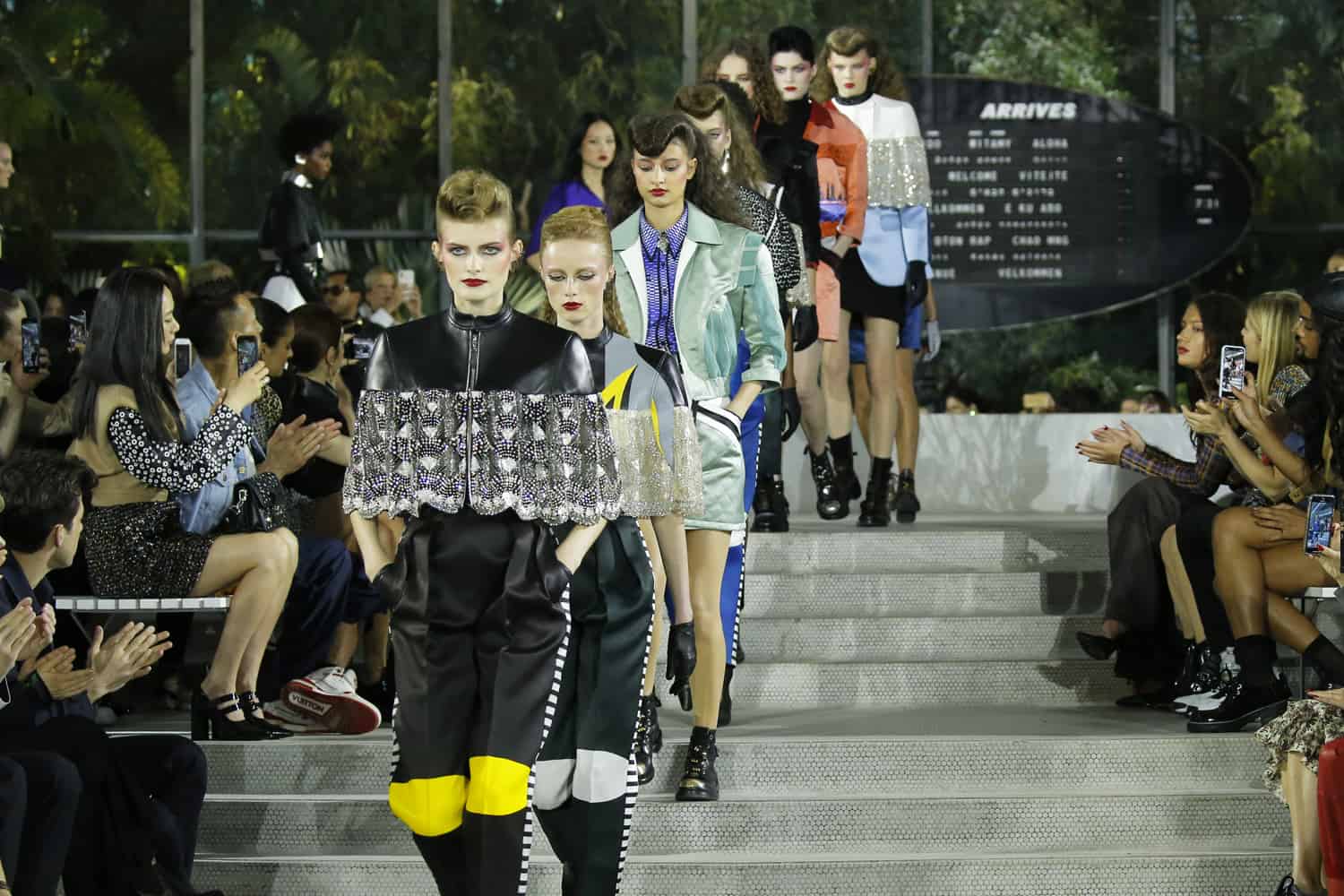 “Sliving!” See All The Best Style From The Daily’s Fashion Los Angeles Awards