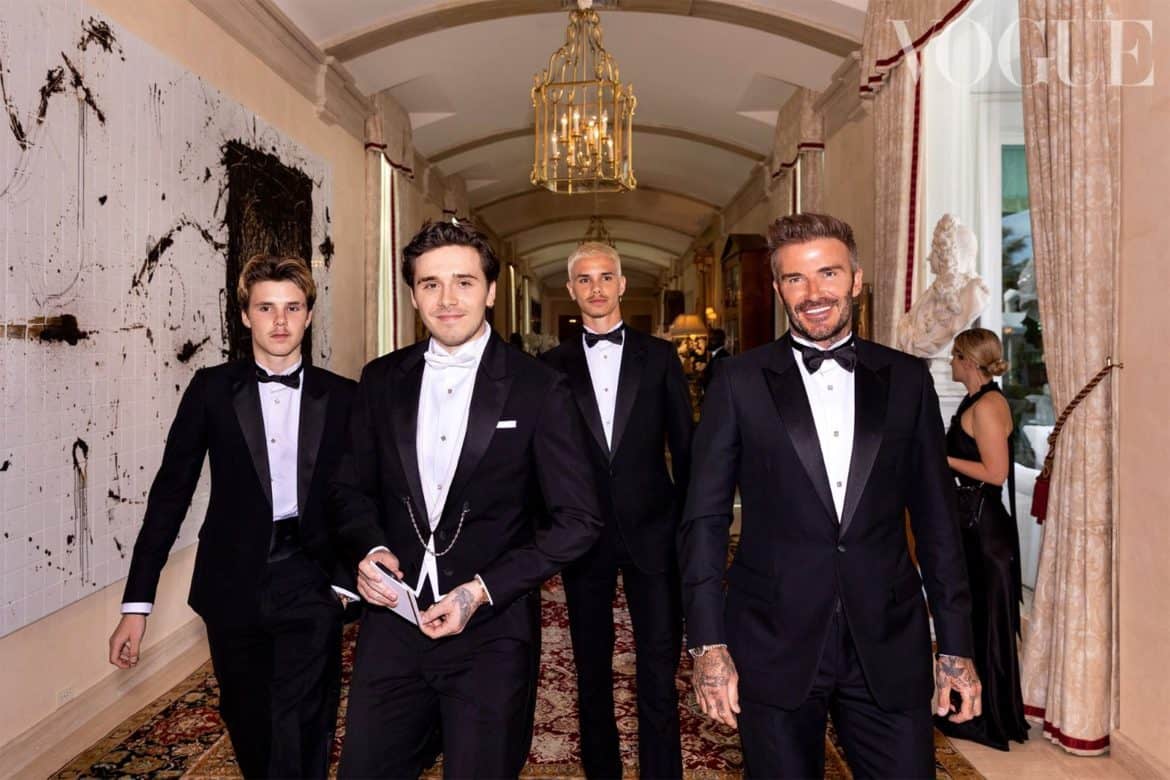 It was a stylish, star-studded affair! Actress Nicola Peltz and photographer Brooklyn Beckham said their nuptials in a romantic Palm Beach ceremony at the bride’s family’s estate. Read on for a rundown of alllll the must-know deets!

All eyes (and cameras!) in the pews were on the altar, where the now Mr. And Mrs. Peltz-Beckham stood—bedecked in custom designer this and that. Despite rumors that the 27-year-old actress would enlist her mother in law Victoria Beckham to design her dress of dreams, a custom Valentino Haute Couture gown was a “no-brainer” for Peltz. Beckham, on the other hand, consulted Kim Jones to suit him up in Dior, along with his groomsmen

The dress, which required multiple flights to Rome for dress fittings, kept the maison’s timeless codes top of mind—featuring an exaggerated train, pared-back ivory satin and French lace gloves to complement a lengthy mesh veil. Checking off her “something blue,” mother of the bride Claudia Heffner had a personal note stitched into Peltz’s gown with blue thread. To finish it off, the blonde beauty waltzed down the aisle in chunky satin platform shoes and diamond earrings. Beauty details were thanks to Chanel makeup artist Kate Lee, hair stylist Adir Abergel, and nail artist Tom Bachik.

As for the groom, Beckham awaited his bride dressed in a classic black wool lapel tailcoat and silk white bowtie, with a white vest and shirt underneath. As for accessories, the 23-year-old shone with an emerald-cut diamond chain from Anita Ko. The suit also featured a gift from Peltz—a personalized label featuring a note from her to her new husband.

In other fashion news! Mother of the groom Victoria Beckham showed up in a design of her own: a floor-length silver slip.

With the affair coming in at grand total of $3 million, the weekend was chock full of fun to be had. The ceremony and ensuing festivities were held at Montsorrel, the 44,000 square-foot mansion at the center of the Peltz family’s $76 million oceanfront estate. Once the most expensive mansion in the country, the property boasts 18th century parquet flooring, undulating staircases, and other stately characteristics. In order to get from building to building, guests were chauffeured in true PB fashion—in diamond-stitched leather golf cart seats!

Understandably, Peltz and Beckham—heiress daughter of billionaire investor Nelson Peltz and former model Heffner, and son of soccer star David Beckham and the Spice Girl-turned-fashion designer, respectively—had a guest list brimming with A-listers. Among those in attendance were Gigi Hadid, the Venus sisters, Gordon Ramsay, Eva Longoria, Sporty and Scary Spice, Nicole Richie, and Snoop Dogg, who was in charge of spinning records for guests.

Given the size of the Peltz and Beckham clans, it only made sense that the altar was a family affair. At the helm, Beckham’s father, David, served as the master of ceremonies. Peltz reportedly asked her 93-year-old grandmother to stand as her maid of honor, and her brother Brad Peltz to be the man of honor. The youngest Beckham, Harper, stood behind Peltz as a bridesmaid. Across the aisle, Beckham was joined by best men and younger brothers Romeo and Cruz.

The duo consulted wedding authority Michelle Rago to organize the weekend-long extravaganza. Also behind the scenes were floral and decor designers Rishi Patel and HMR Designs, while photographer German Larkin was behind the camera.

Initially introduced by mutual friend Sofia Richie, the newlyweds first announced their romance in January 2020, and were engaged soon after in July of the same year. First planned for 2021, the wedding was postponed due to the pandemic. Now married, the couple will be taking “Brooklyn-Peltz” as their joint last name—both have already changed their Instagram handles.