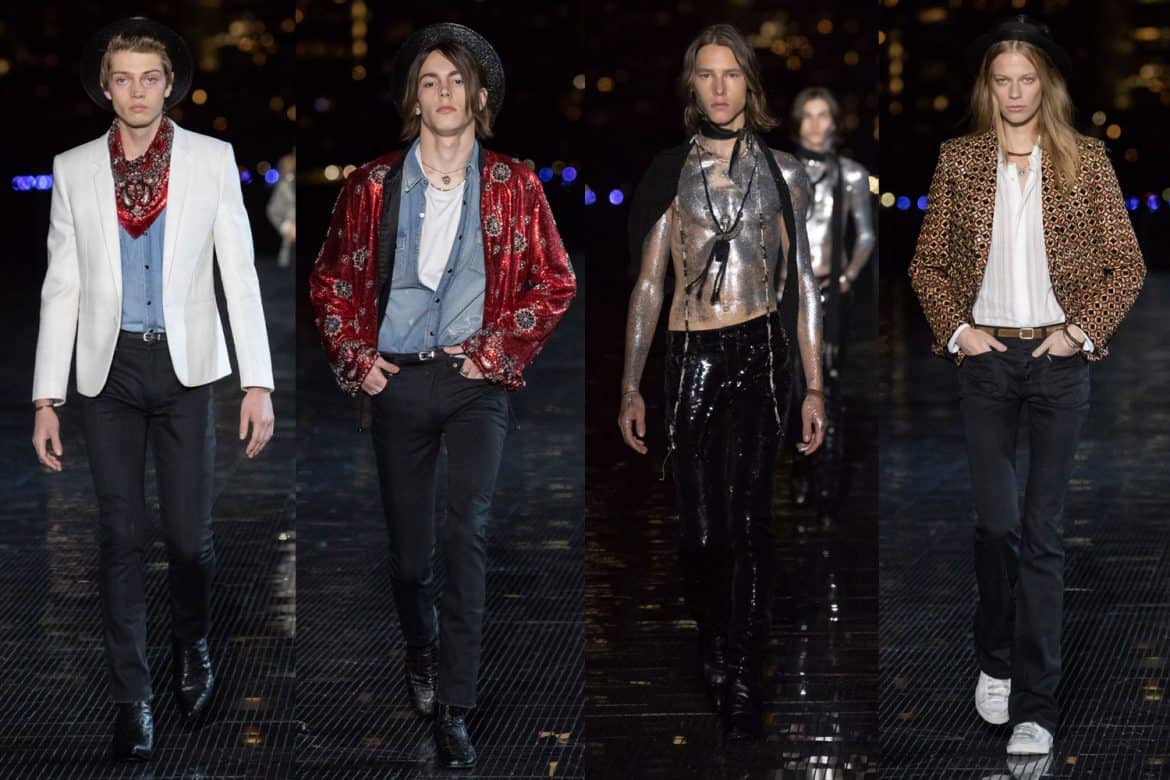 The increasingly itinerant show schedule has taken the fashion world to some exotic locales in recent years – Cuba for Chanel, the Great Wall of China for Fendi, and now New Jersey for Saint Laurent.

Last night, the French fashion house staged their spring 2019 menswear show at Liberty State Park — the most un-New Jersey part of New Jersey, which serves essentially as a lookout point for view’s of the Manhattan skyline.

The runway was set on the easternmost tip of the park, with the Manhattan skyline in the background. The backdrop felt like the American equivalent of the Eiffel Tower, the scenery for designer Anthony Vaccarello’s fall 2018 women’s outing. Kate Moss, Julianne Moore, Charlotte Gainsbourg, Travis Scott, and other celebrities sat front row mugging for photographers before the show started promptly at the stroke of 9 p.m. 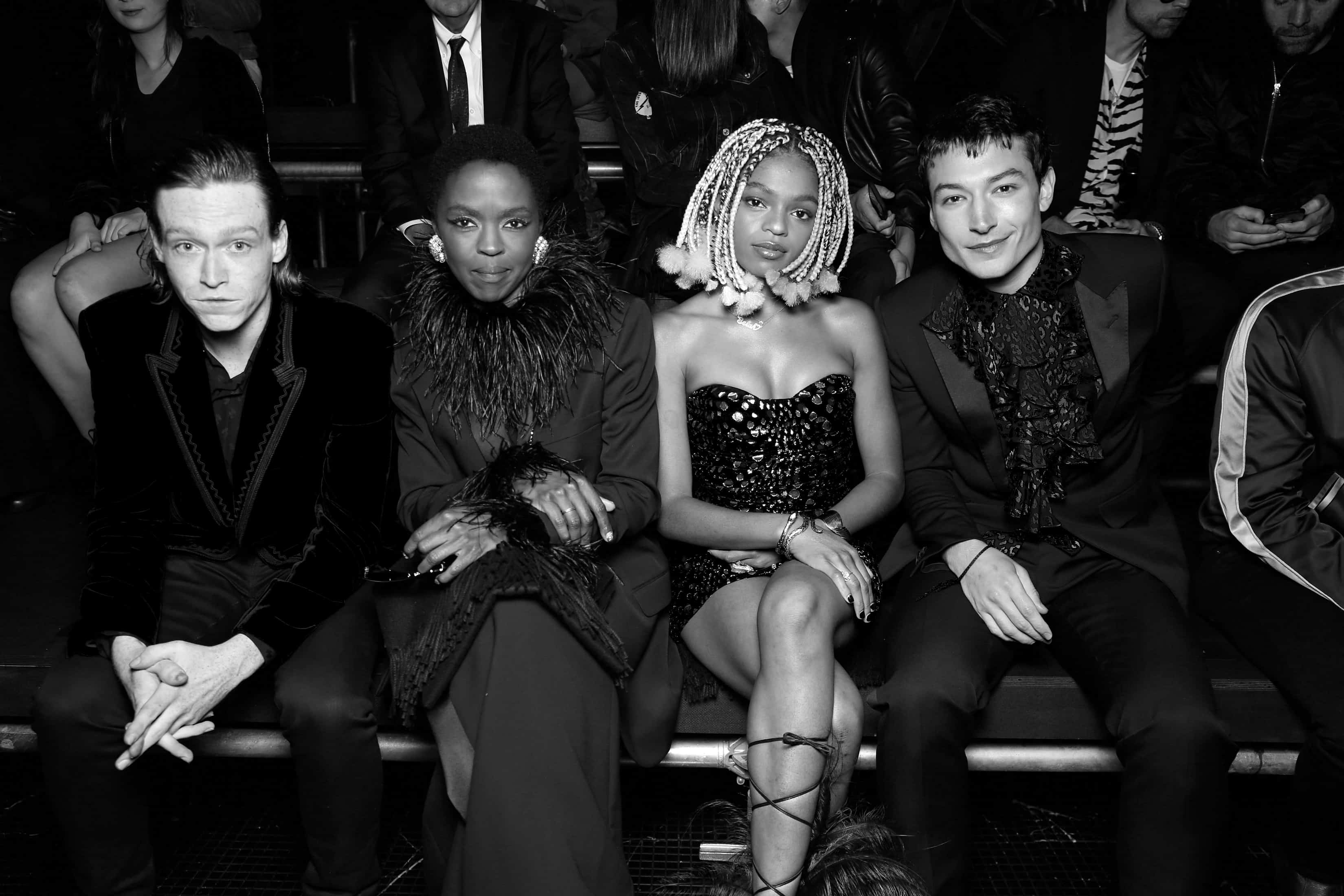 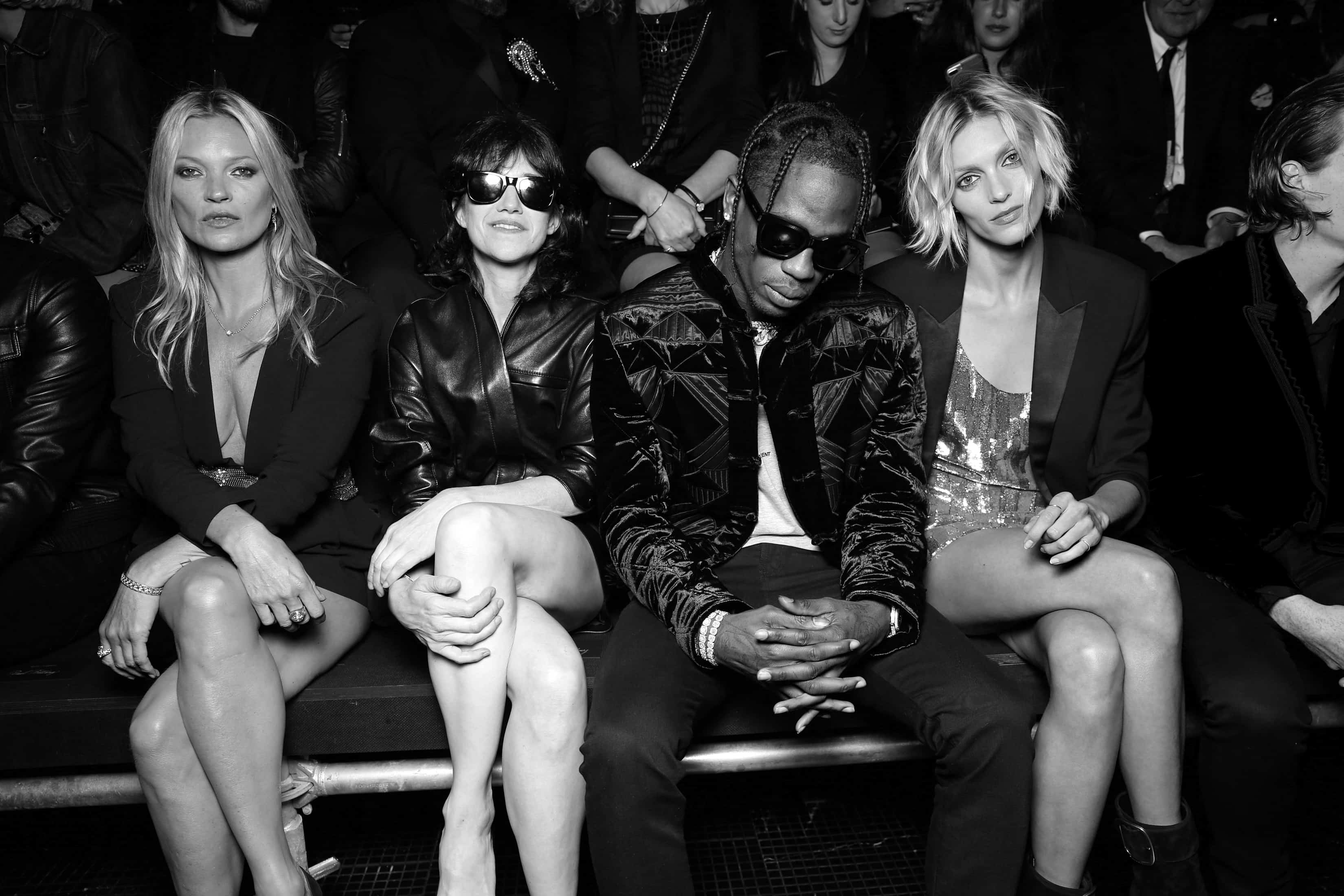 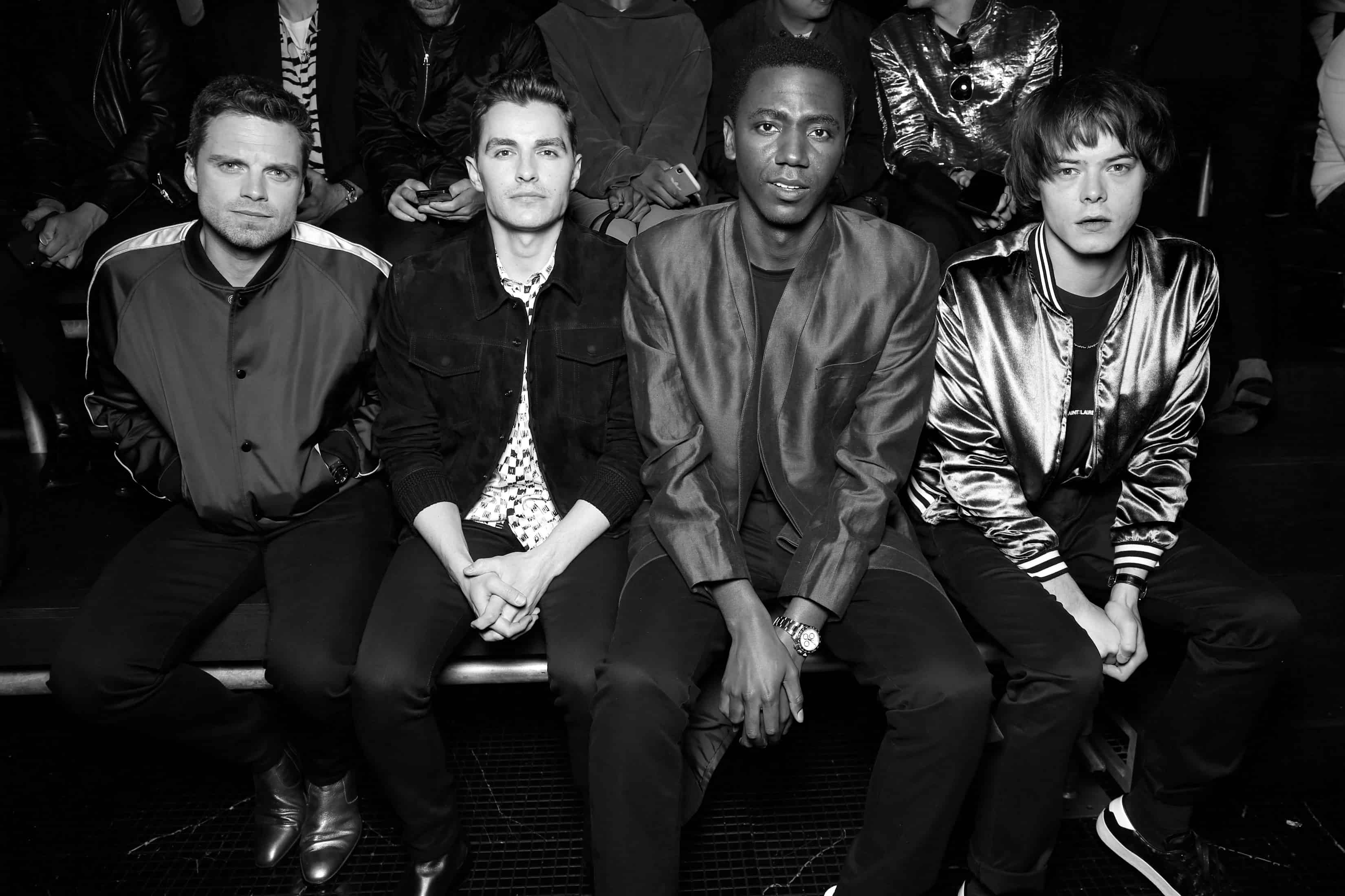 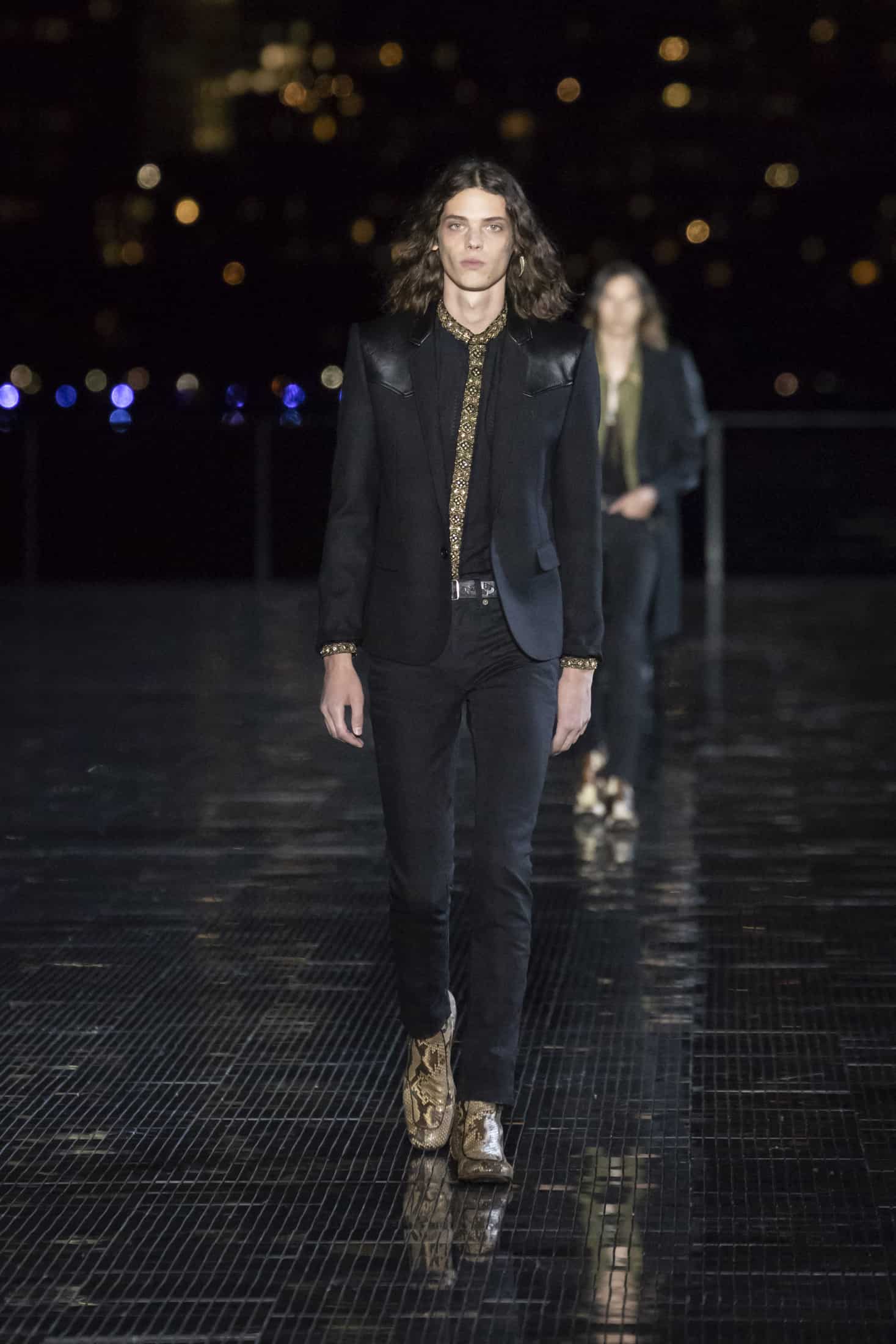 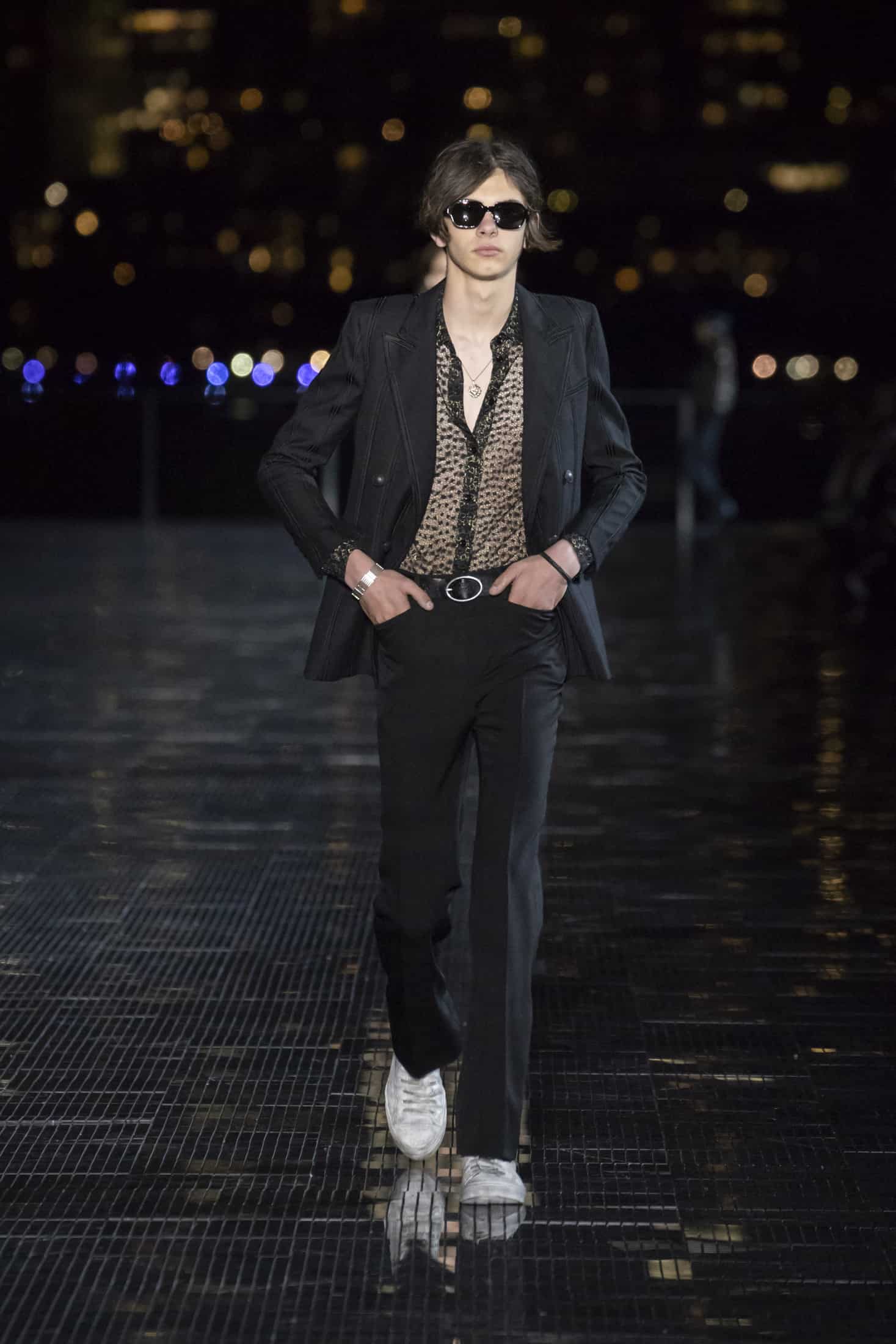 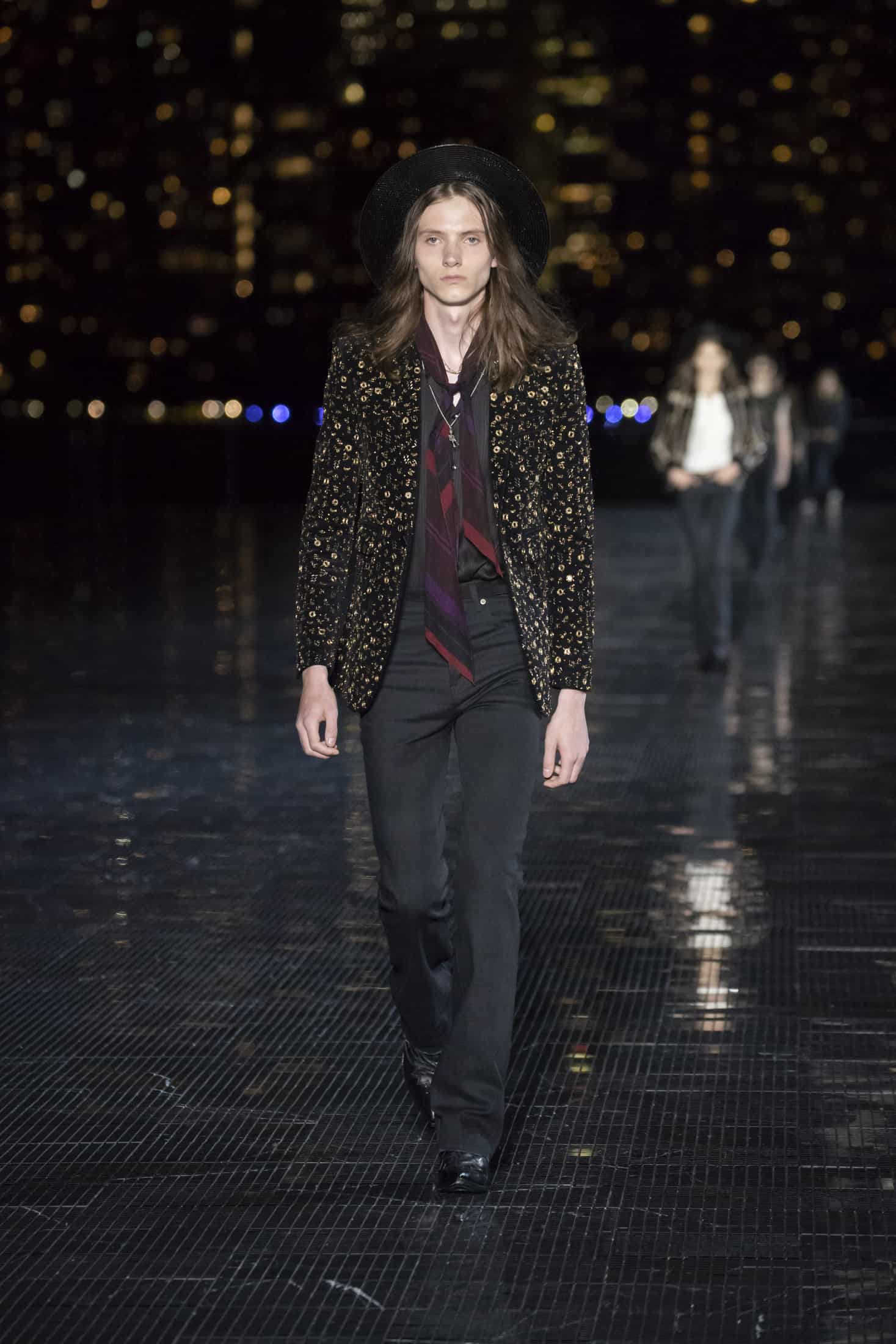 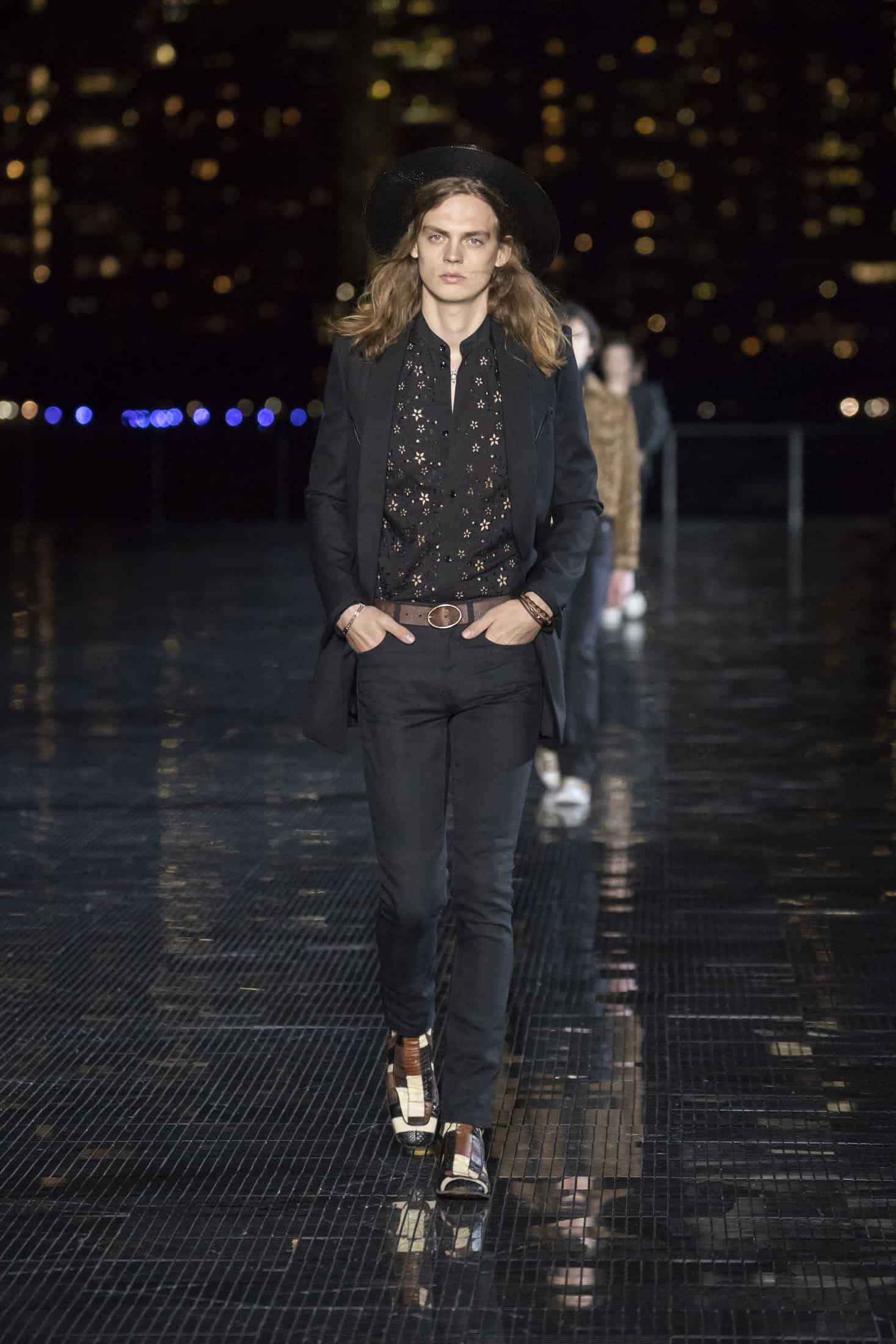 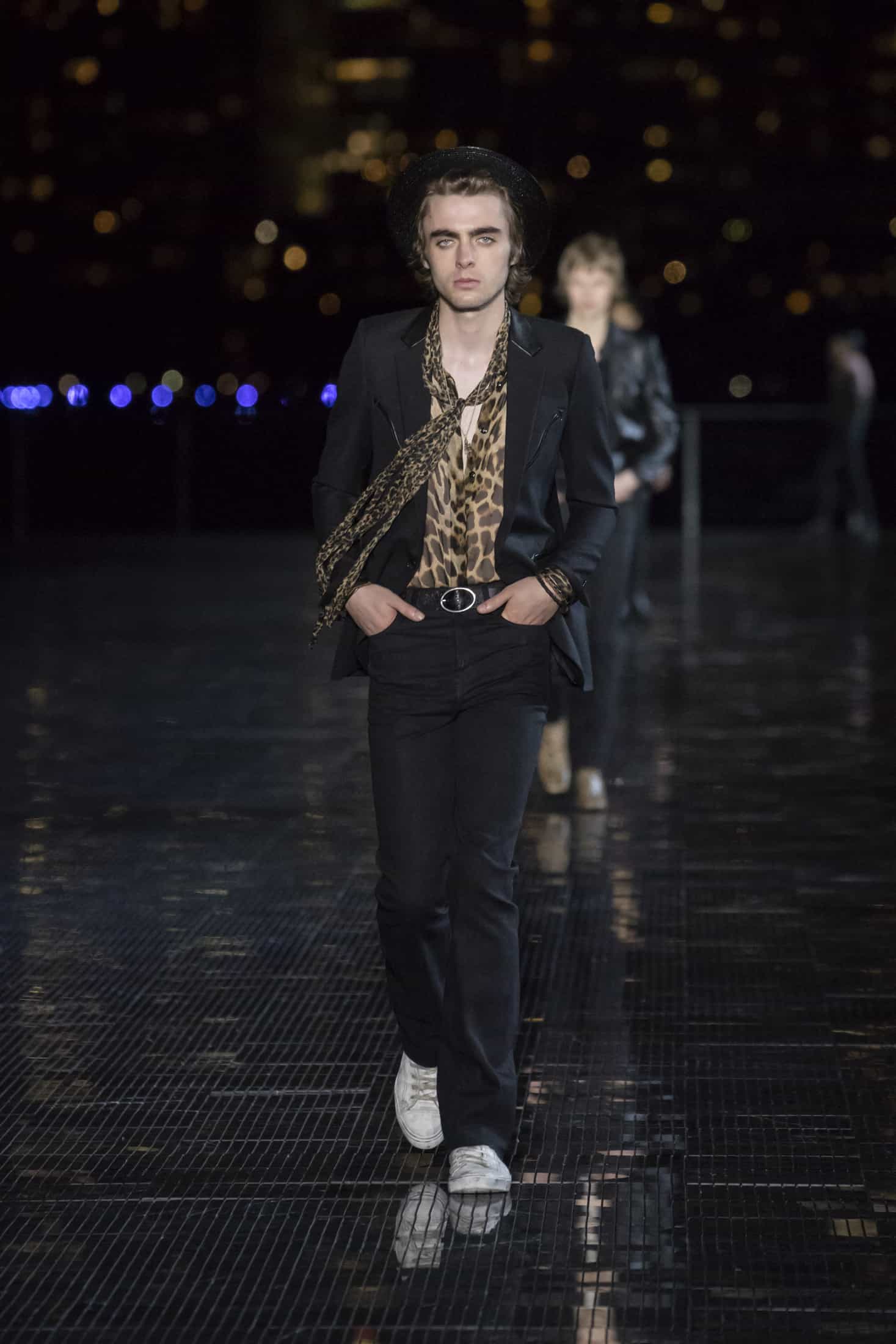 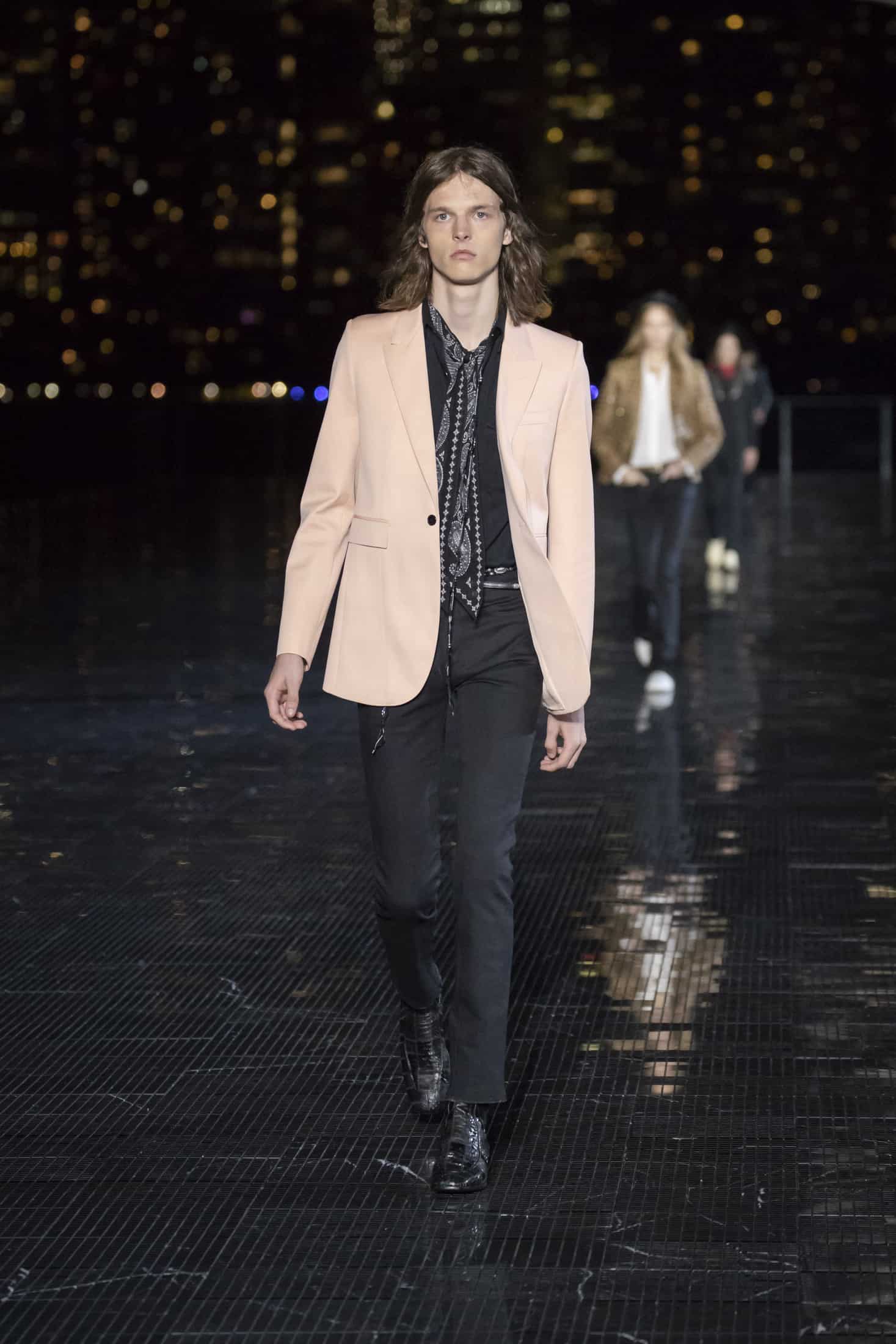 Now in his second year as the house creative director, it would seem that Vaccarello is now fully settled in to his role. The scheduling of the show was a strong statement in and of itself, coming as it did a matter of days before the menswear season officially kicks off in London, allowing Vaccarello to set the bar for his European colleagues.

To highlight the versatility and unisex nature of the menswear, Vaccarello cast a sprinkling of women in the show who pulled off the men’s looks seamlessly. 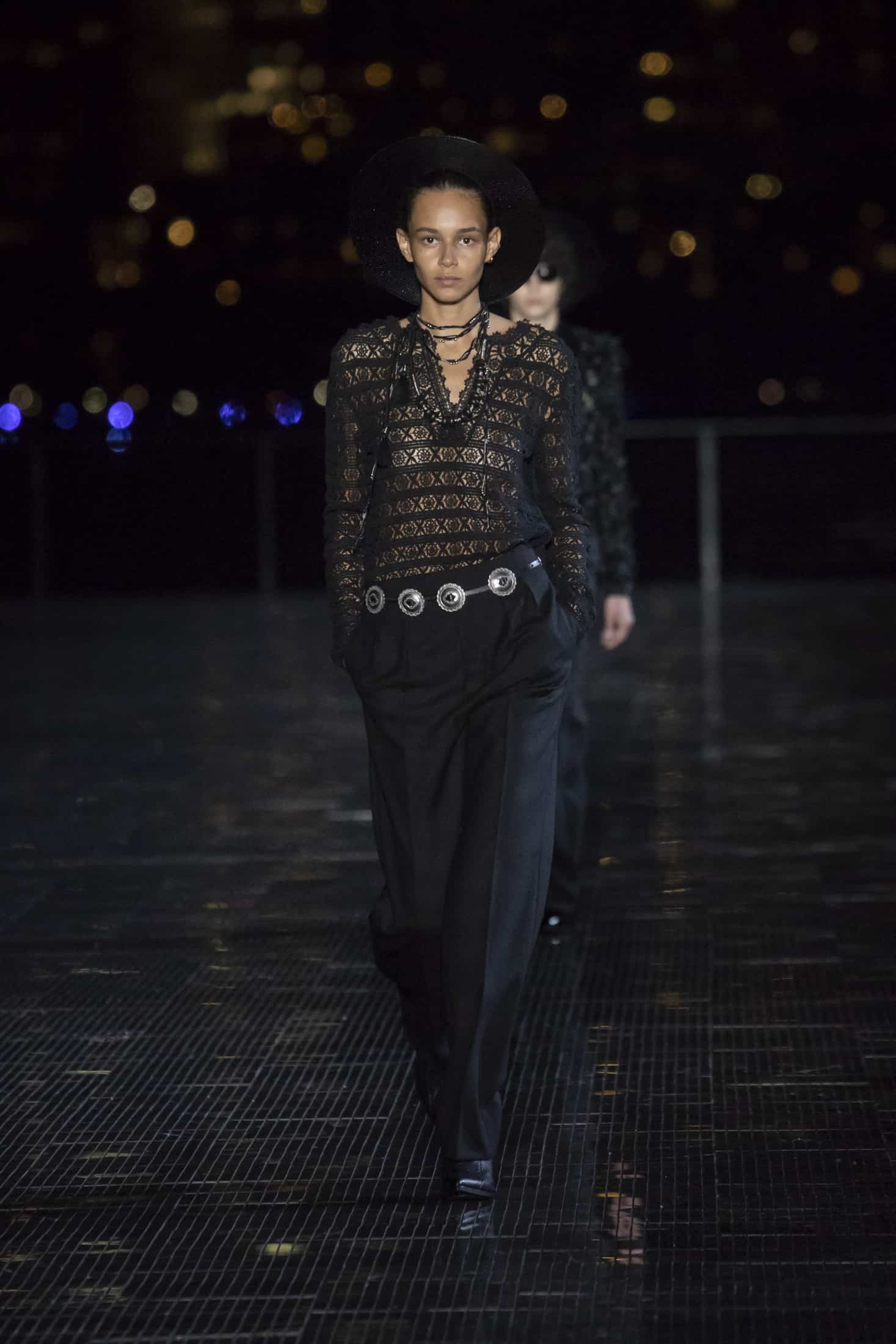 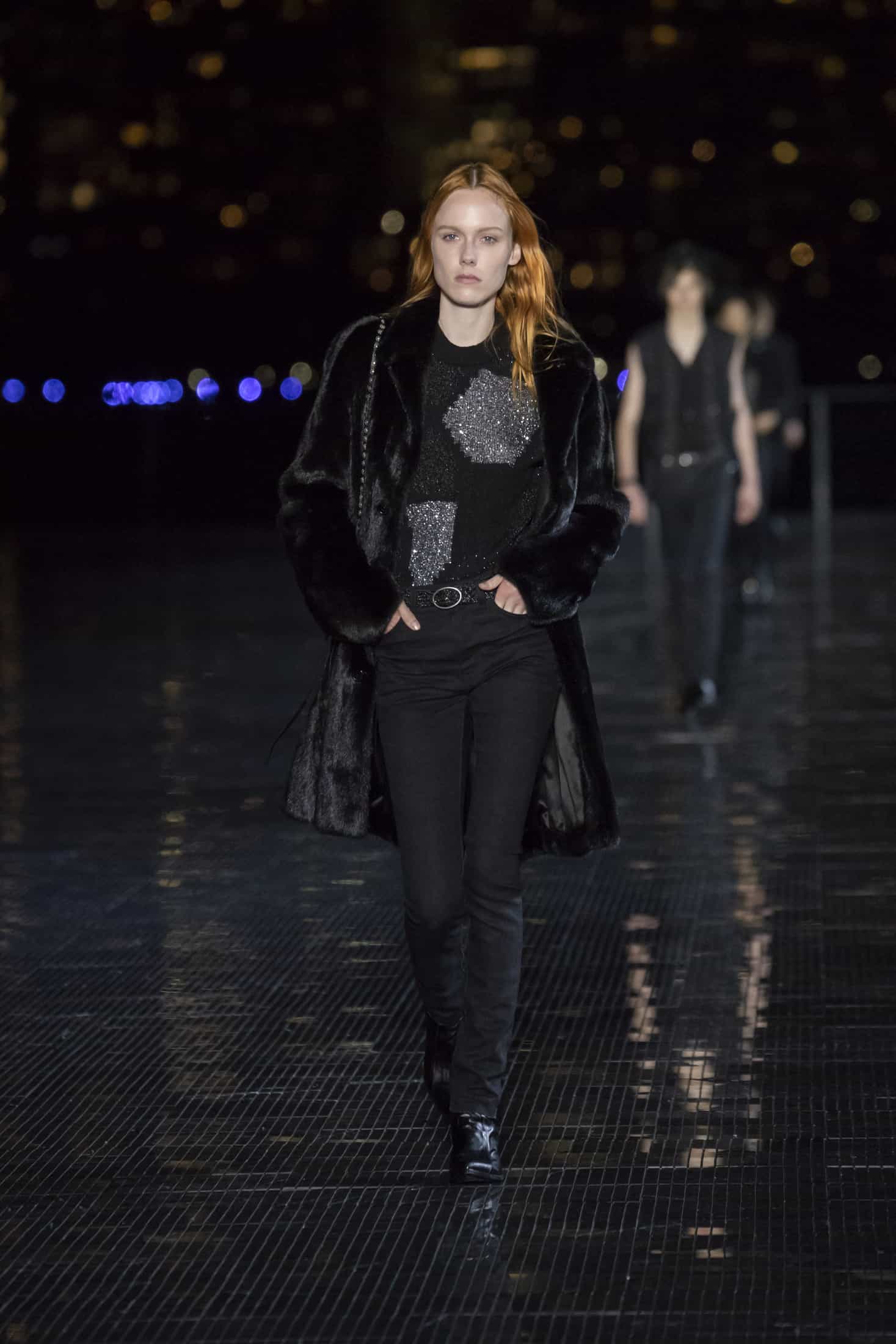 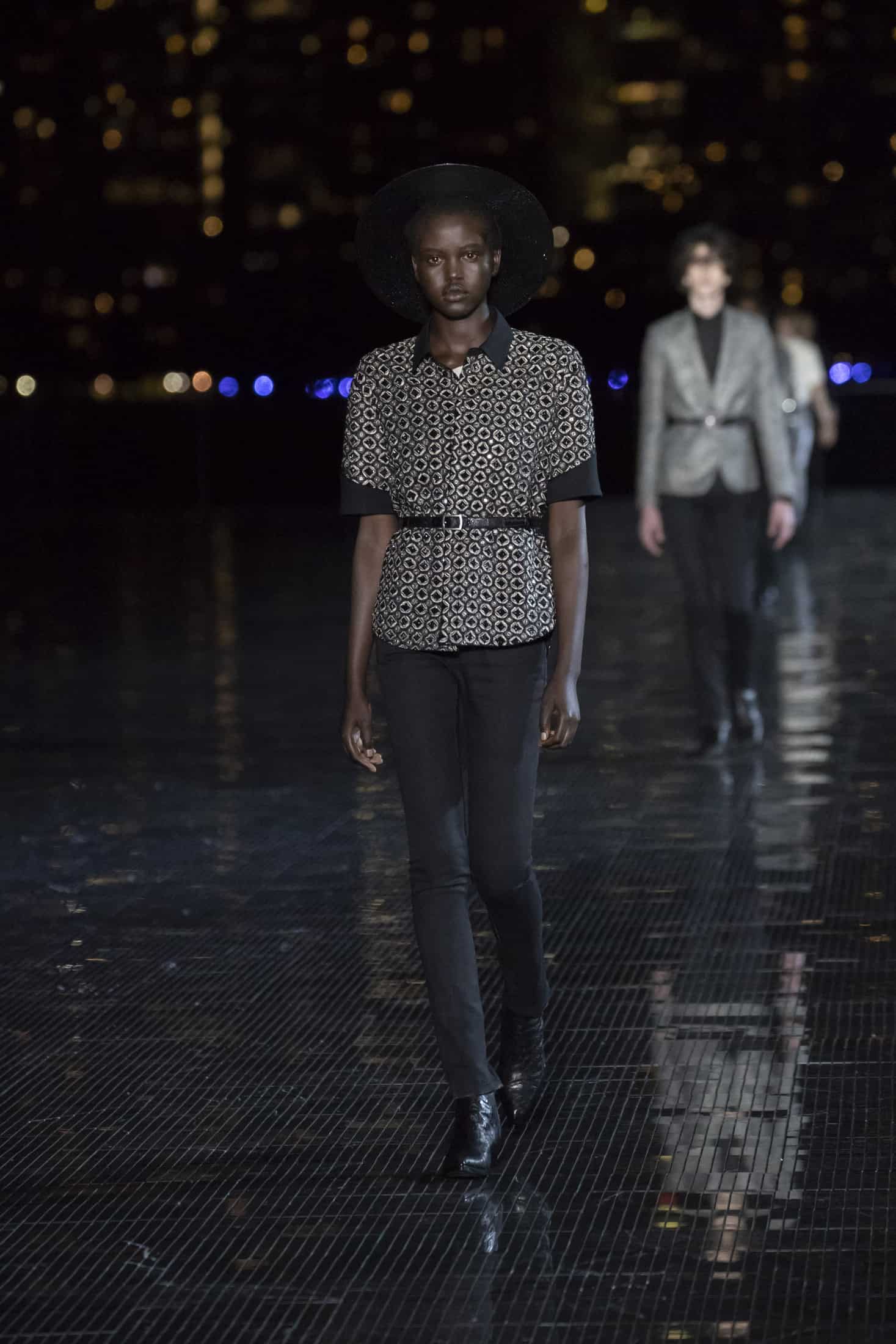 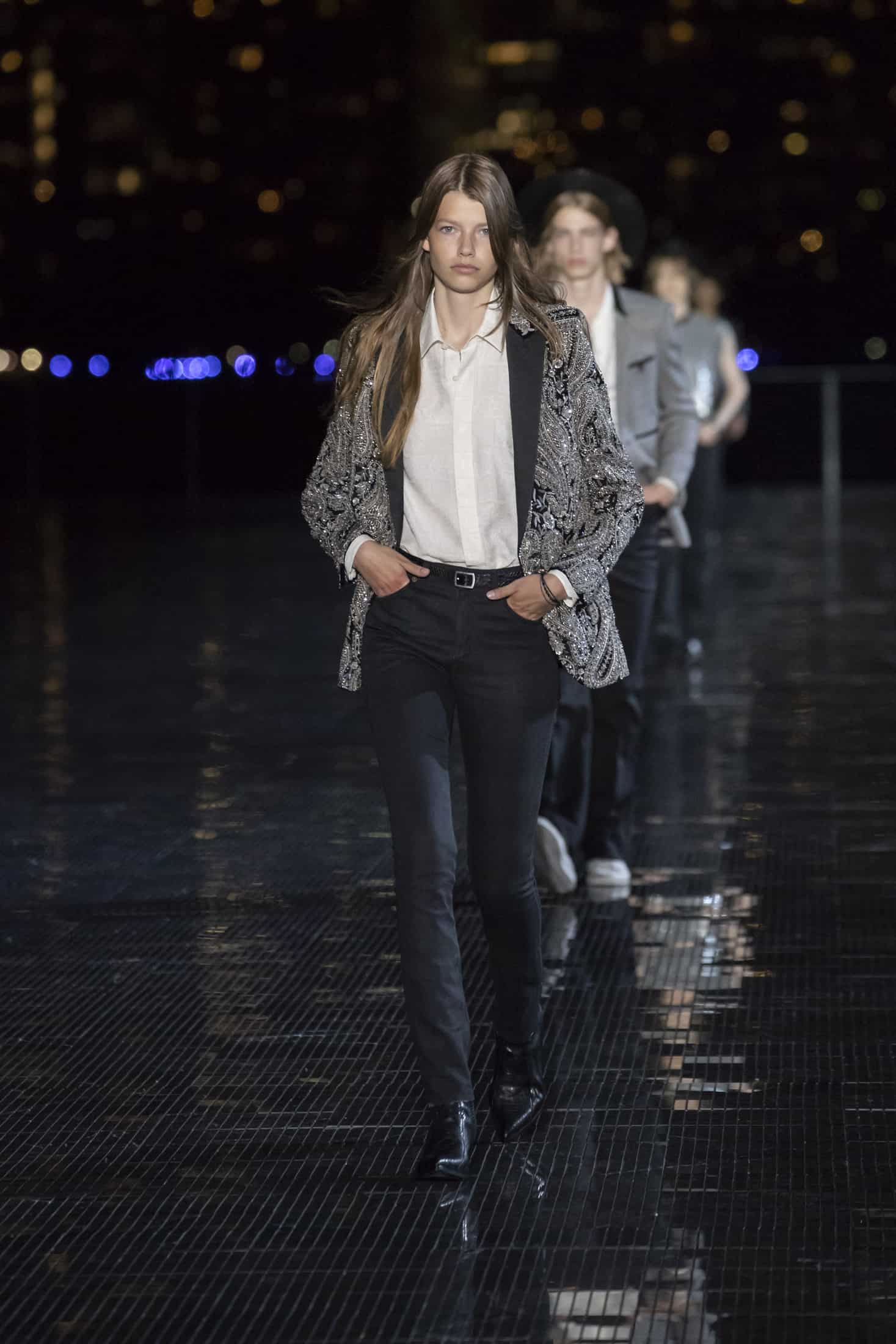 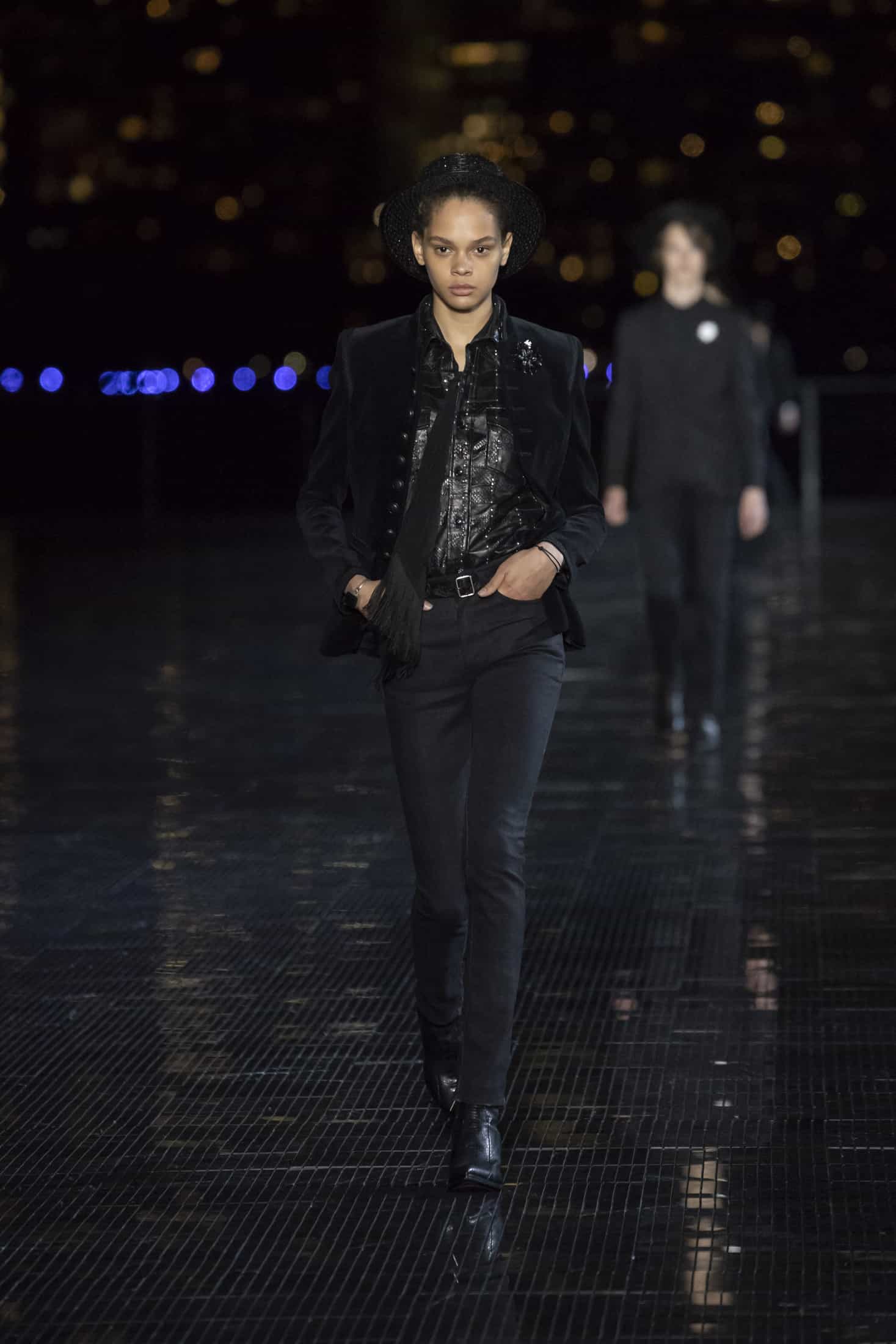 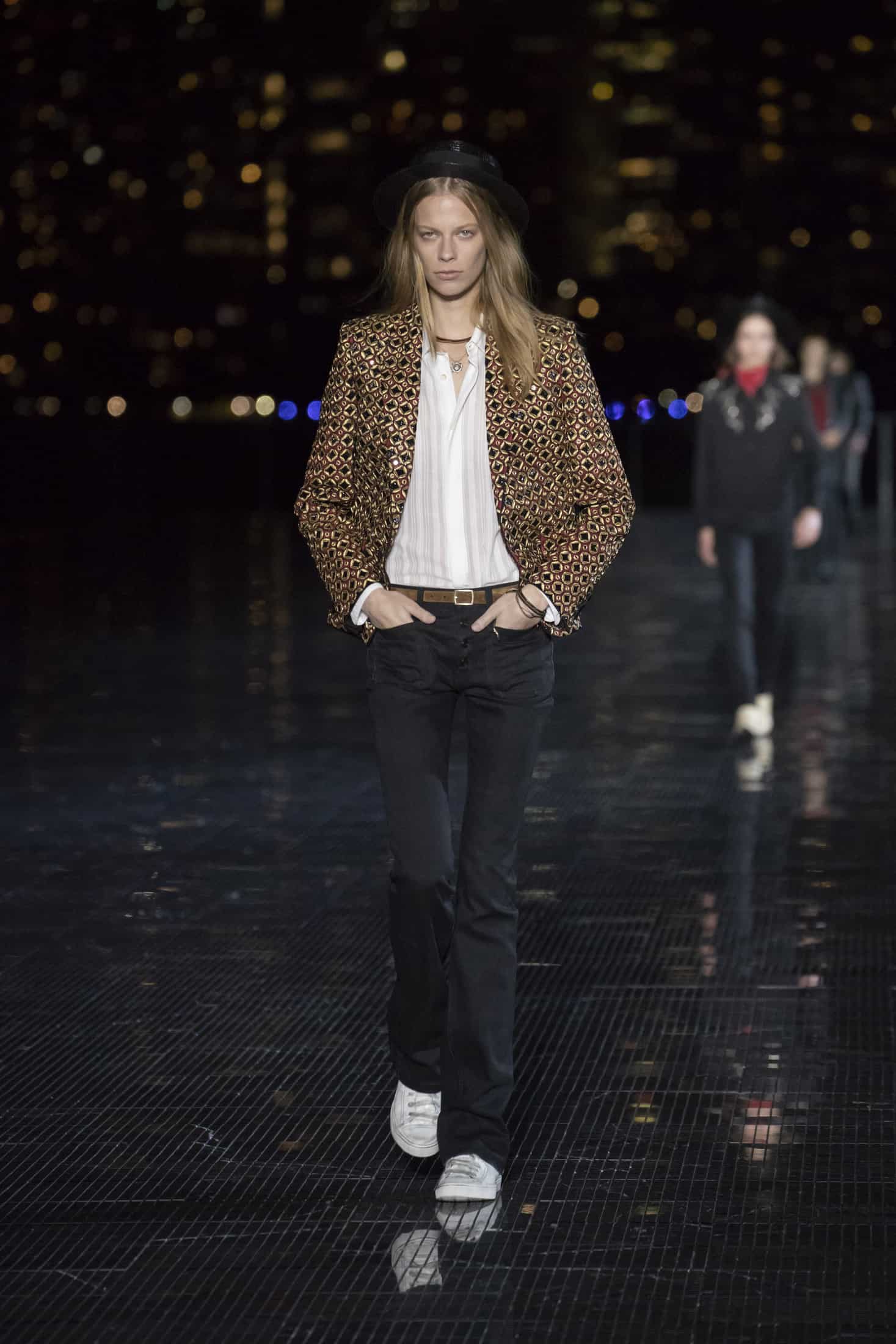 The show concluded with a procession of a dozen or so shirtless male models splashed in shimmering silver body paint and jeans — their narrow silk scarves and necklaces bouncing against their bare chests as they took their final stroll down the glossy runway. 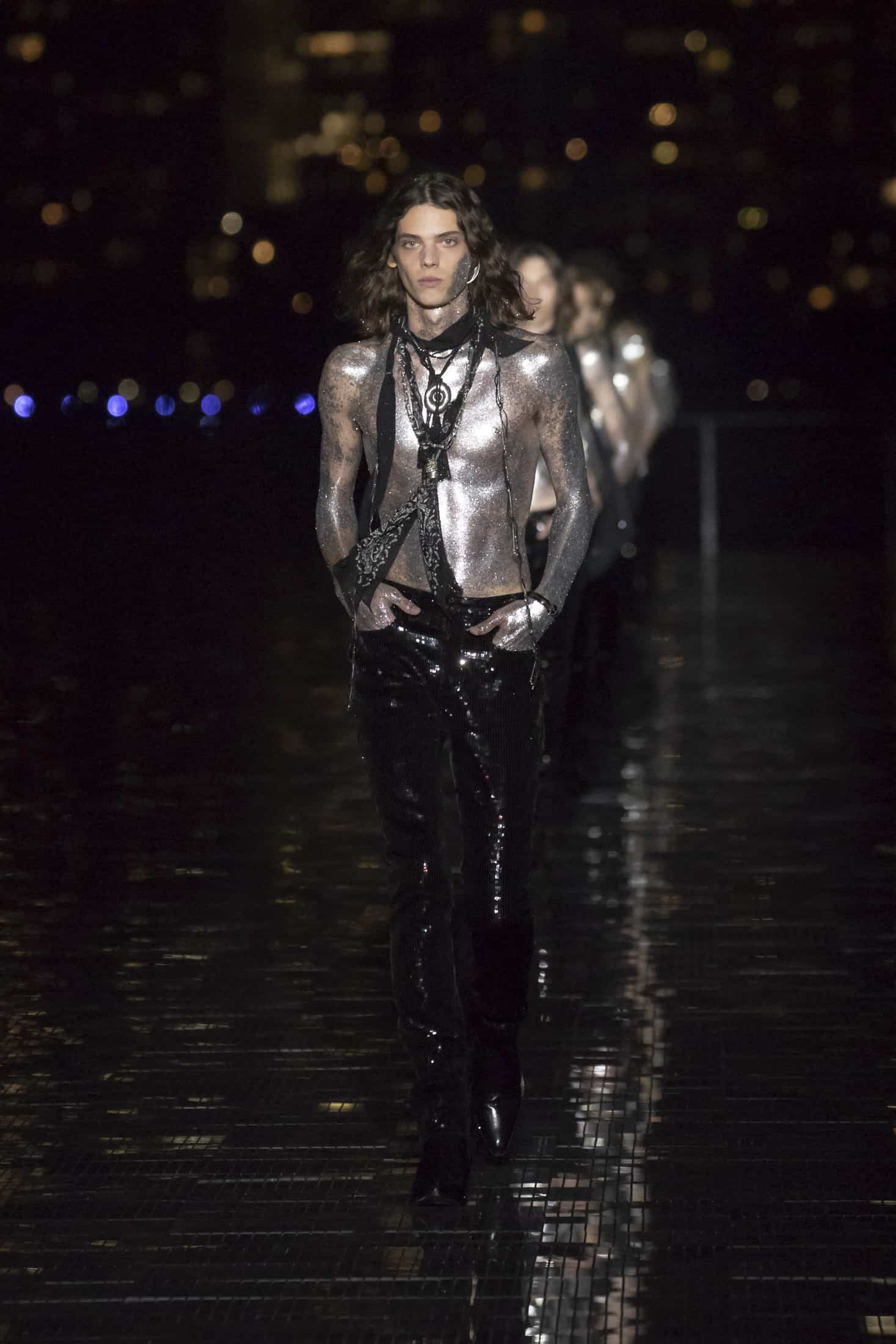 After the show, those in the mood for a cocktail boarded the afterparty boat — essentially a haute booze cruise. Hunky male servers proffered Champagne, caviar-topped cucumbers, and salmon toasts to a crowd that included Sebastian Stan, Sofia Sanchez de Betak, and Caleb Landry Jones. Nearly every male model cast in the show was aboard, chain-smoking on the top deck and discussing methods for how to remove body glitter. “This is gonna be a bitch to get off,” said one between drags, his shoulders still shimmering. “But it was totally worth it.”

Andy Spade Speaks, Reese Witherspoon Returns to the Role That Made Her a Superstar

Can We Finally Admit the Outfits On Sex and the City Were a Big Hot Mess?