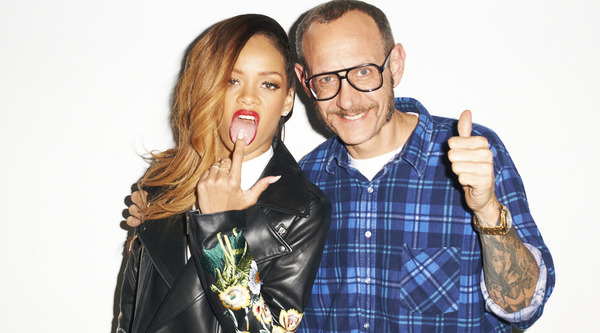 In the latest adventure on Terry’s Diary, Mr. Richardson has posted pics from his recent Rolling Stone cover shoot with Rihanna. Ri spices things up by putting her finger on her tongue which is the international sign for something. It was announced today that Chris Brown‘s girlfriend (bluck) will be performing at the Grammy Awards with Sting and Bruno Mars on February 10th. Happy times!