Rashida Jones Opens Up To Glamour About Her Controversial Tweets 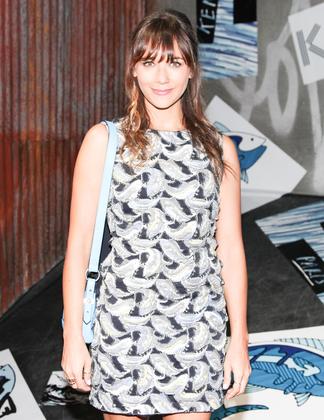 Rashida Jones talks to Glamour in their January issue about the backlash she received from the Twitter world for controversial tweets where she used the word “whore” and how that affected her. “I’m not gonna lie. The fact that I was accused of ‘slut-shaming,’ being anti-woman, and judging women’s sex lives crushed me,” she says. “I consider myself a feminist. I would never point a finger at a woman for her actual sexual behavior, and I think all women have the right to express their desires. But I will look at women with influence—millionaire women who use their ‘sexiness’ to make money—and ask some questions. There is a difference, a key one, between ‘shaming’ and ‘holding someone accountable.’” Insert [name] here. She clarifies what this whole “whore” thing was all about, saying, “My hashtag was ‘stopactinglikewhores.’ Key word, acting. Like I said, I’m not criticizing anyone’s real sex life; as George Michael tells us, ‘Sex is natural, sex is fun.’ But the poles, the pasties, the gyrating: This isn’t showing female sexuality; this is showing what it looks like when women sell sex.”

An Intimate Holiday Cocktail With Ann Dexter-Jones and Rupert Sanderson

Kenya Kinski-Jones on Her House of Harlow...