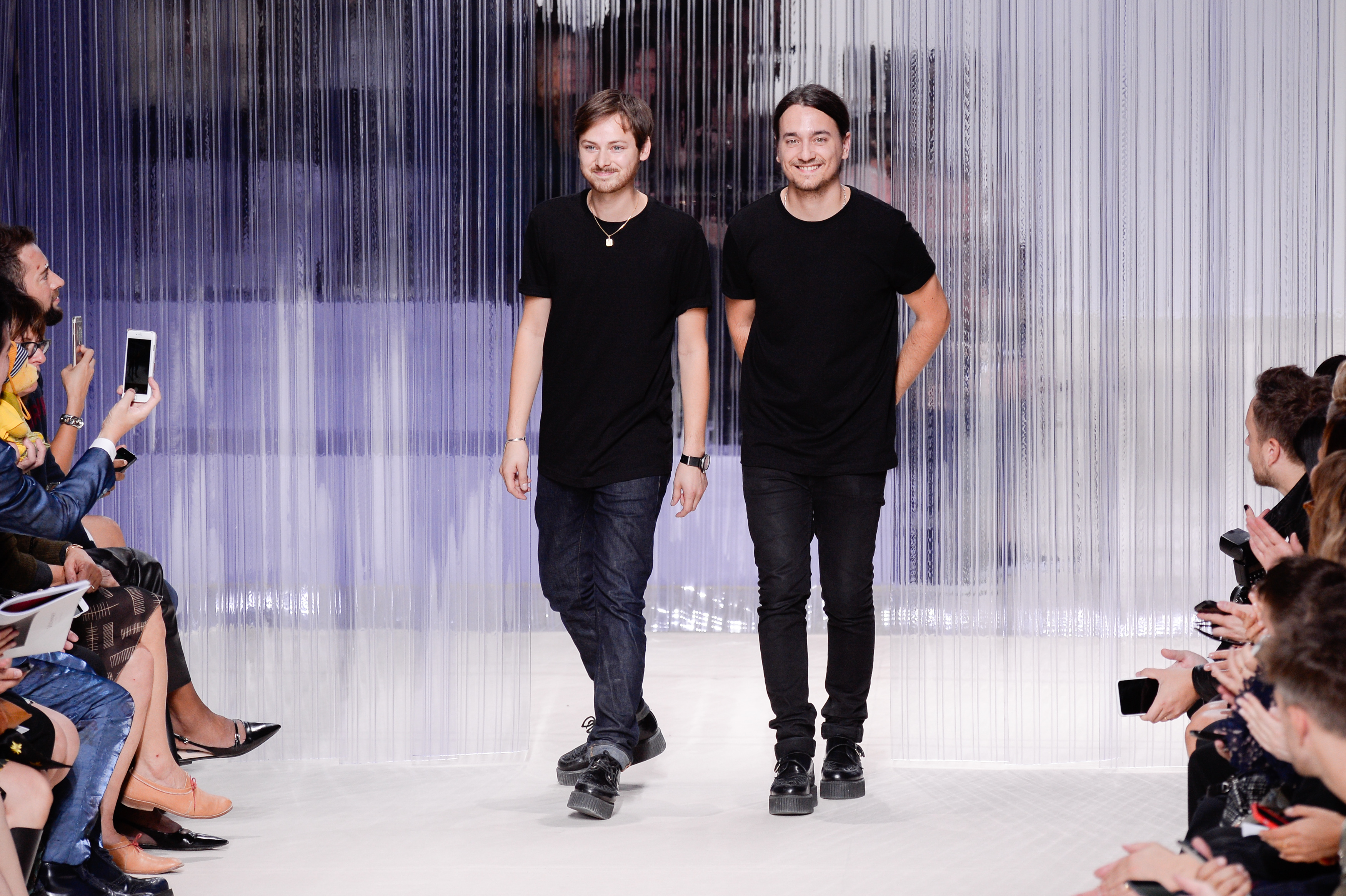 PARIS, FRANCE - OCTOBER 01: French designers Alexis Martial (R) and Adrien Caillaudaud (L) acknowledge the public at the end of the the Carven show as part of the Paris Fashion Week Womenswear Spring/Summer 2016 on October 1, 2015 in Paris, France. (Photo by Francois Durand/Getty Images)

Carven Designers Depart House [Vogue UK]
In the neverending fashion musical chairs news…Alexis Martial and Adrien Caillaudaud, who have been creative directors at Carven since March 2015, are leaving the house.

Laura Brown on InStyle’s New Strategy [BoF]
InStyle’s newly minted editor-in-chief breaks down her plans for the glossy on the design and content fronts.

Victoria’s Secret Fashion Show Is Taking on Paris [People]
For the very first time, the sexiest runway show of the year will be held in the City of Light.