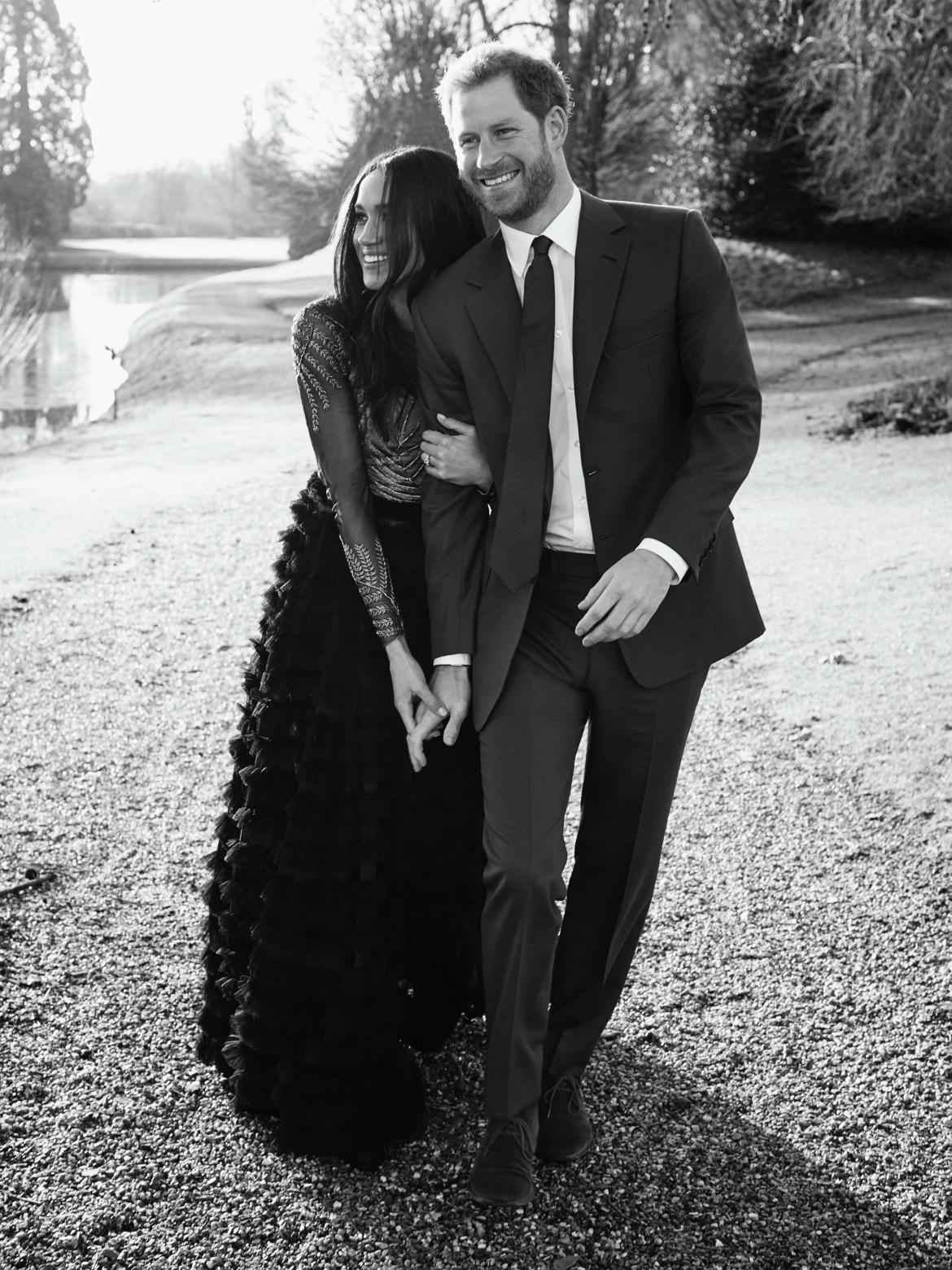 NO SALES. Terms of release, which must be included and passed-on to anyone to whom this image is supplied: USE AFTER 31/05/2018 must be cleared by Kensington Palace. This photograph is for editorial use only. NO commercial use. NO use in calendars, books or supplements. Use on a cover, or for any other purpose, will require approval from Art Partner and the Kensington Palace Press Office. There is no charge for the supply, release or publication of this official photograph. This photograph must not be digitally enhanced, manipulated or modified and must be used substantially uncropped. Copyright in the photographs is vested in Prince Harry and Ms. Meghan Markle. Publications are asked to credit the photograph to Alexi Lubomirski. WINDSOR, UNITED KINGDOM - DECEMBER: (EDITOR'S NOTE: Image was shot in black and white. Colour version not available.) In this handout photo provided by Kensington Palace, Prince Harry and Meghan Markle pose for one of two official engagement photos at Frogmore House in December, 2017 in Windsor, United Kingdom. (Photo by Alexi Lubomirski via Getty Images)

Matt Lauer’s Wife Is Lawyering Up [NYPost]
Lauer’s wife Annette Roque has reportedly been meeting with lawyers to squeeze a bigger settlement out of him if they proceed to a divorce.

Walmart Is Developing a Personal Shopping Service for Rich Moms [Recode]
The retailer of the masses is now targeting a “high net worth urban consumer” like “busy NYC moms”.

It’s Too Late for Shipping, So Print These Gifts Out [NYMag]
Here are some last minute gift ideas for procrastinators.

Meghan Markle Had the Most Powerful Celebrity...