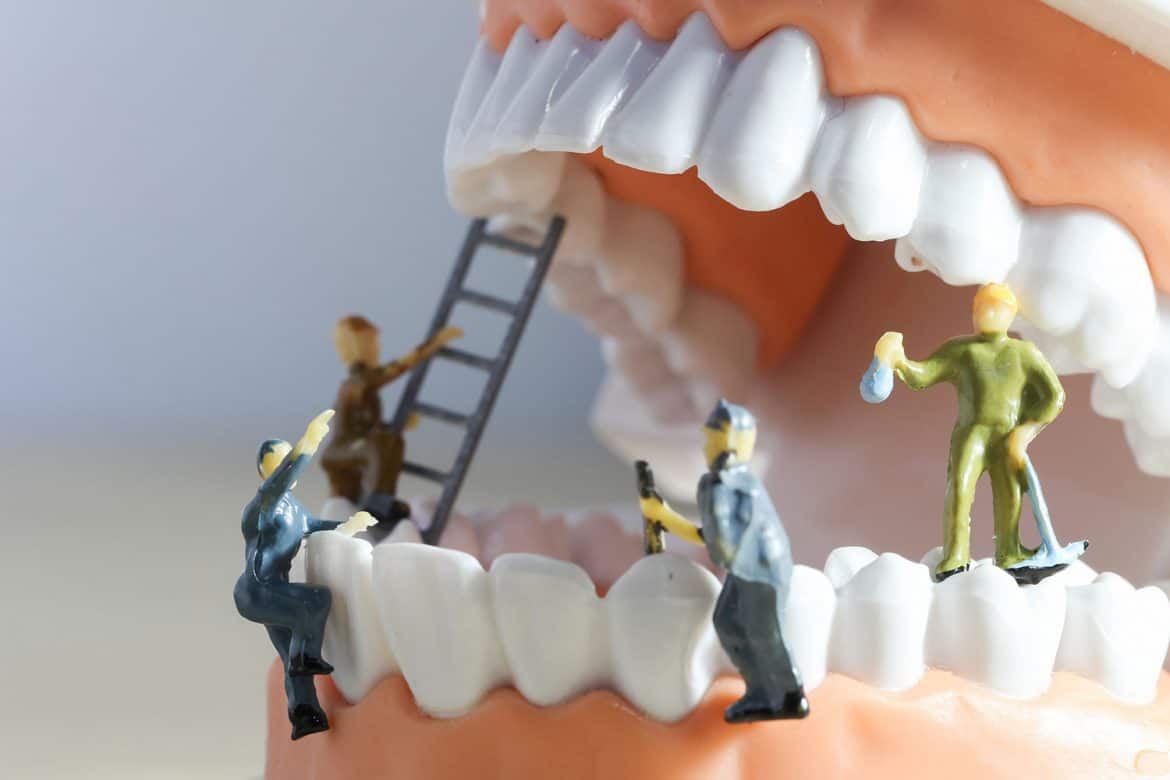 I’ve been thinking my smile could use a tune-up for a long time now. Like many people, my awkward middle school years were made even more awkward by a mouth full of metal braces and the assorted bands, springs, and pallet expanders that attached to them. The initial results were great, but, in the two decades since my braces first came off, my teeth have not exactly stayed in place, especially on the bottom, where they began to go a little zig-zaggy in the front after I had my permanent retainer removed in college.

Apparently, this is completely normal. In fact, your teeth can continue to move throughout your life, even if you’ve never had braces. I even have a friend who has watched his left front tooth slowly slide behind its neighbor over the last 20 years. He never had braces and he’s in his 40s, but the difference between how his teeth look now and how they looked two decades ago is obvious.

I’ve often thought about getting clear plastic aligners to correct the recent shifts in my own teeth, but it wasn’t until recently that they became noticeable enough to really bother me.

I first considered Invisalign, but, honestly, it felt like too much of a commitment. A former colleague of mine did Invisalign in her 30s and I felt like she was always at the dentist. Her teeth looked great, but it seemed kind of inconvenient. Then, I thought I might try Candid or Smile Direct Club, which I had heard were substantially cheaper than Invisalign, but both seemed a little too light on proper dental supervision and I had heard some horror stories about Smile Direct Club in particular (Google it), so I wasn’t sure either w=one would ultimately be right for me.

Then, a few weeks ago, a friend of mine told me about OrthoFX. It’s a new company that combines the precision of Invisalign with the convenience of Candid or Smile Direct Club. She was raving about it, so I decided to give it a try.

The thing about OrthoFX is, you have to go to an approved dentist’s office for your initial consult and they have very high standards, so they only work with a small number of dental practices. Given my discomfort with the largely unsupervised nature of other aligner programs, I was more than fine with this.

For my initial consult, I went to JBL NYC on 5th Avenue in Manhattan. The office was gorgeous and clean and I felt very well taken care of. The dentist used a special hand-held scanner to take a 3D scan of my teeth, then talked through what a treatment program with OrthoFX would look like for me. As I suspected, I was told that mine was a fairly straightforward case and would probably only take about 8-12 weeks to complete. Yay!

Later that day, I got a link from OrthoFX to see a 3D rendering of what my teeth would look like at each step of my treatment. It was so cool! I could look at my teeth from any angle and fiddle with the little time-lapse bar to watch them move back and forth. Crooked, straight, crooked, straight. I probably played with it for an hour before I went to bed that night. 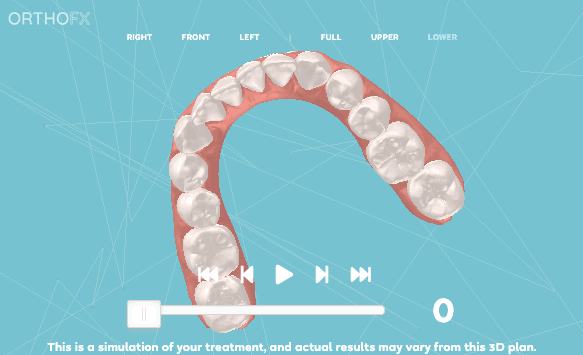 Top view of my bottom teeth at week 0. 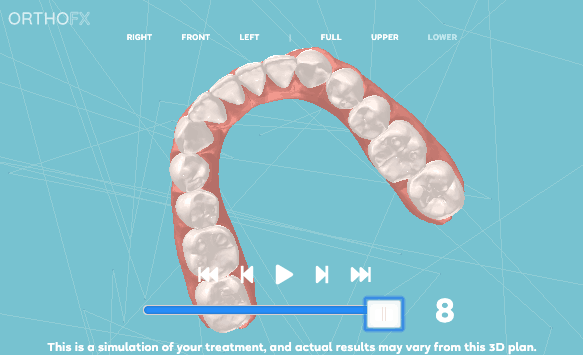 Top view of my bottom teeth at week 8.

The movement is subtle, and it’s a bit harder to see without the animation, but small changes can make a big difference when it comes to your face and your smile.

A couple of days later, I went back to the dentist to pick up a practice aligner kit (I also could have had this delivered to my home or office). This is something unique to OrthoFX. For $95 you can get a practice aligner, which is made specifically for you, so you can test out what it’s like having the aligners in your mouth and make sure they will actually fit into your lifestyle. They don’t move your teeth at all. They’re just give you an idea of what the process will be like. 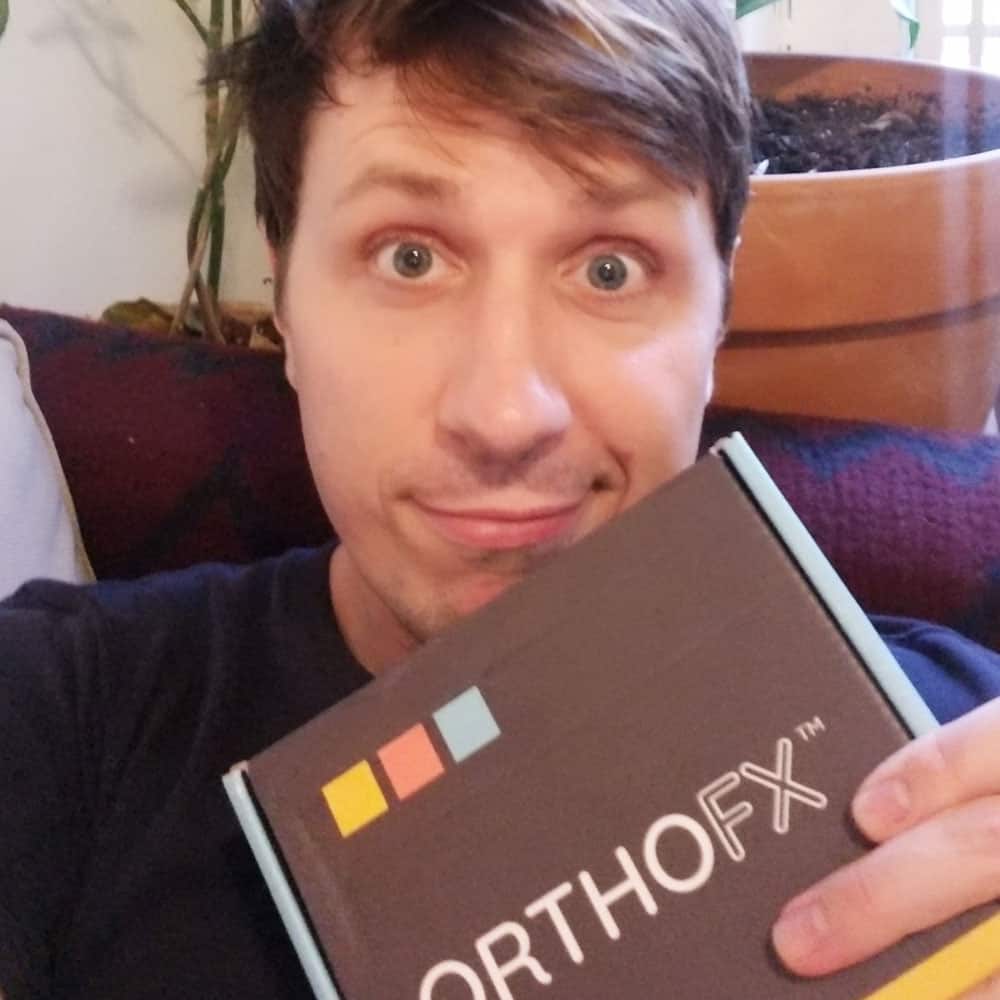 I was worried the aligners might cause me to slur my speech, but within a couple of hours of wearing them, I found that I had adapted completely. A few days later, after sleeping in them and altering my oral hygiene routine to keep them and my teeth extra clean (I started carrying around a travel tooth brushing kit in my bag) I decided to take the plunge and commit to a full treatment program.

Now, full disclosure, as a member of the press, I was able to work out a special deal for myself (every job has its perks), but the sticker price (just shy of $4,000) was actually less than I expected. It’s more than Smile Direct Club, but less than I had ever heard anyone spending on Invisalign, and unlike Invisalign, OrthoFX charges a flat fee that is the same for everyone, whether you need minimal work, like me, or a more substantial realignment. OrthoFX also has some added bonuses and perks (see the chart below) that other programs don’t, such as free replacement aligners, which is a huge boon to someone like me who has a tendency to put things down in odd places and walk away from them, never to be reunited.

Two weeks after my initial visit, I went back to JBL to pick up my aligners and have six tiny nubs bonded to my teeth to facilitate their movement. The dentist explained to me that the nubs would act sort of like handles on a sliding door. She matched the color of the nubs to my teeth and although I could feel them with my lips once they were on, I could only see them at certain angles, and even then, only because I knew the were there.

After that, they filed down the edges of a few of my lower front teeth. The reason, they explained, was to allow my lower front teeth to move into a straight line without having to pitch them forward. Since my lower teeth (like most people’s) are a little wider at the top than they are at the bottom, the only way to get them in a straight line is to either move all my teeth backward to give them more space, pitch them forward, or shave off a 10th of a millimeter here and there to allow them to turn easily in place. The filing took 5 minutes and I didn’t even feel it! 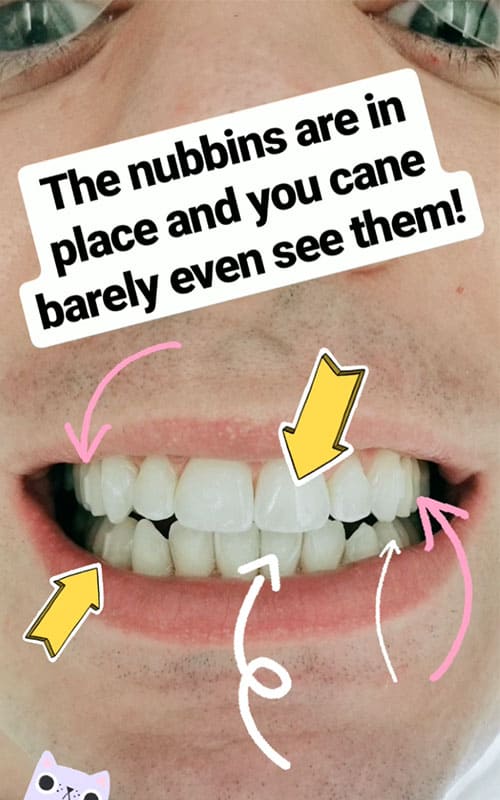 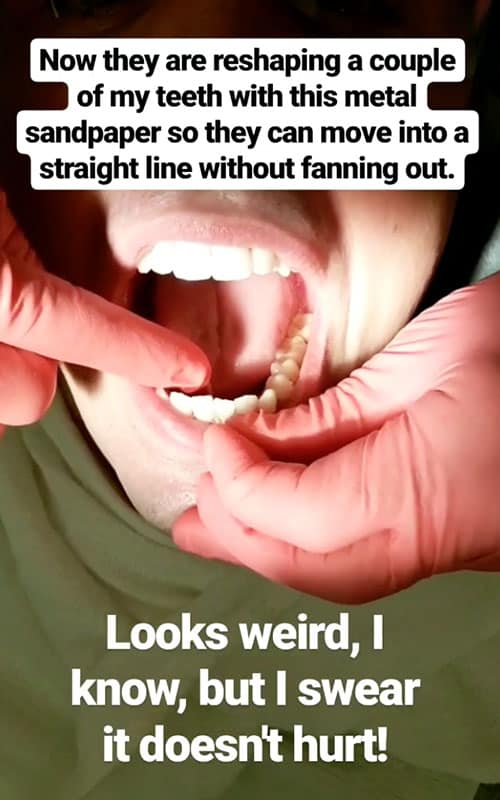 Finally, we practiced snapping the aligners in and out of place, and off I went with instructions to keep my teeth clean, wear my aligners 20-22 hours per day (essentially, whenever I wasn’t eating or drinking something hot) and to change my trays every 7 days.

I’m almost done with my first week and I couldn’t be happier. It was a little annoying at first needing to brush and floss immediately after every meal before reinserting my aligners, but I actually got used to it pretty quickly and I love how clean and shiny my teeth are as a result. The pressure when I first put them on reminded me of when I was a kid and would get new rubber bands put on my braces, but not so intense. My speech is unaffected and no one seems to even knows I have them in unless I tell them.

In seven weeks, I will return to JBL for another appointment. If I’m satisfied, I’ll get a retainer and that will be that. If the doctor and I feel like there is still some room for improvement, we will rescan my teeth and get a new set of aligners to further fine-tune my smile. This is the beauty of OrthoFX‘s flat fee structure. It means that you can make adjustments to your program and even add new trays until you are fully satisfied without having to pay extra.

I’m hoping this won’t be necessary in my case, but if it is, I’m okay with that. It’s not as if wearing the trays is particularly disruptive to my lifestyle — people don’t even know I’ve got them on and often I forget, too — and I’m confident that the final result will be well worth it.

3 Books You’ve Got to Read Before the Summer Ends

10 CBD Products to Spark Your Interest...