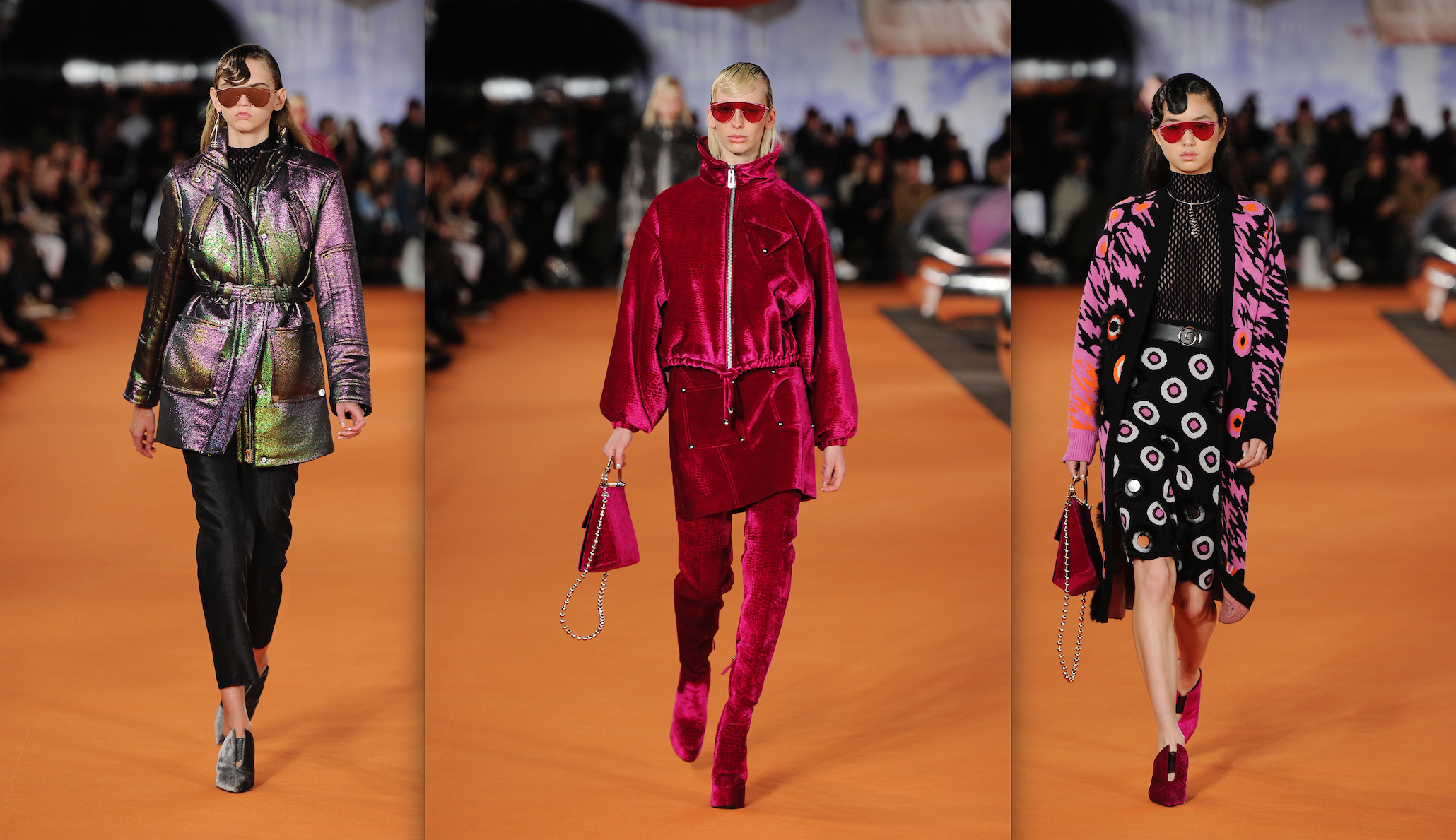 “We were really inspired by this artist named Syd Mead. He designed the cityscapes for Blade Runner, Tron, and Aliens,” said Carol Lim post-show at Opening Ceremony. “He was the beginning inspiration point on this idea of what the future would look like. That’s what informed the basis of the collection.” It was a conversation Humberto Leon said they had begun about a year ago. Upon walking into the show, which was sponsored by Lexus’ Design Disrupted program, guests were greeted by giant spaceship-like structures that hung suspended from the ceiling over an orange catwalk, with giant renderings of Mead’s illustrations as the backdrop.

Lim and Leon are known for looking to the future and having an uncanny ability to stay one step ahead of everyone else. After all, this is the duo that basically founded the idea of a concept store. This season’s clothing represented exactly what fashion looks like now and will look like in the future, which is to say everything from old and new references to urban meets uptown luxury.

In this collection, trends like velvet were over-exaggerated to wonderful effect (it looked particularly great in an entirely fuchsia look). “It was just strong enough that we wanted it to be one look, and we’re so excited about it,” said Leon. A dipped-in waist line on denim felt entirely new and the long knitwear sweaters in wild patterns will likely be sellouts. Fashion’s future is looking pretty bright.

Survivalists of The Daily: Tome