NYFW Fall 2013 Schedule Scoop: Uptown, Downtown, And All Around Town 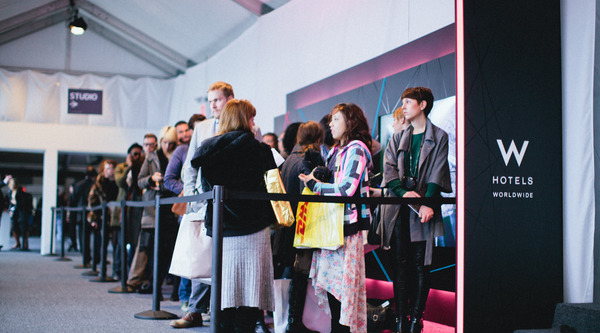 (NEW YORK) It’s almost that time of year when fashionettes flock to New York City for a glorious week of hitting up shows and decompressing at the subsequent parties (and, for some, posing for street style photogs). The Mercedes-Benz Fashion Week calendar was just posted, and it’s business as usual at Lincoln Center for regular fixtures at the Tents like Diane Von Furstenberg, Carolina Herrera, and Michael Kors.

But a few designers’ stomping grounds are still to be announced: Tommy Hilfiger, are you still at Lincoln Center? Zac Posen, will you be sending your gorgeous gowns floating down Avery Fisher Hall? Some labels aren’t yet on the map this season (dear economy, is that you?): notably absent are Timo Weiland, Chris Benz, and Betsey Johnson. Benz, in fact, has decided not to show at all and focus on building his business instead. An exciting addition this season is Prabal Gurung‘s debut for Japanese brand ICB at the Studio at Lincoln Center. We’ll have to wait till Fall to see if this will lure him to show his eponymous label at the tents next season.

While Lincoln Center is still the hub of fashion mayhem, the evolution of NYFW soldiers on as designers continue to branch out in search of their ideal creative location to debut their duds. While their locations have yet to be announced, expect Marc Jacobs and Proenza Schouler to set up shop offsite per usual, the former at the Lexington Armory, while Ralph Lauren is bound to maintain his downtown stronghold on Skylight Studios. Milk Studios has confirmed designers like Costello Tagliapietra, Cushnie et Ochs, and Sophie Theallet as regulars; Houghton will also be a Milk-sponsored showing.

Also garnering plenty of speculation and curiosity already: where art thou, Katie Holmes? Her line with stylist Jeanne Yang, entitled Holmes & Yang, is MIA from the sched as of now. If past seasons are any indication, gear up to trek to the western fringes of Chelsea for the likes of Rachel Antonoff and MM6 Maison Martin Margiela. Pushing even further off the grid, potentially: Thom Browne for Moncler Grenoble, with a still-TBD location, but the luxe outerwear purveyors have previously thrown spectacular shows in Central Park’s ice skating rink and Grand Central’s main concourse.

The result of all of these locales? Editors and buyers traipsing all over town in heels, fighting for taxis in the process to try to be even relatively on time (for that 30 minutes after scheduled start time standard, of course). The result? NYFW’s resembling its Milan and Paris counterparts to an extent. Calling all drivers! Mercedes, please!
PAIGE REDDINGER

Chic Game: Who Shot This Cover of BeyoncÃ© on GQ?

Getting In (Again) With The 'Girls'