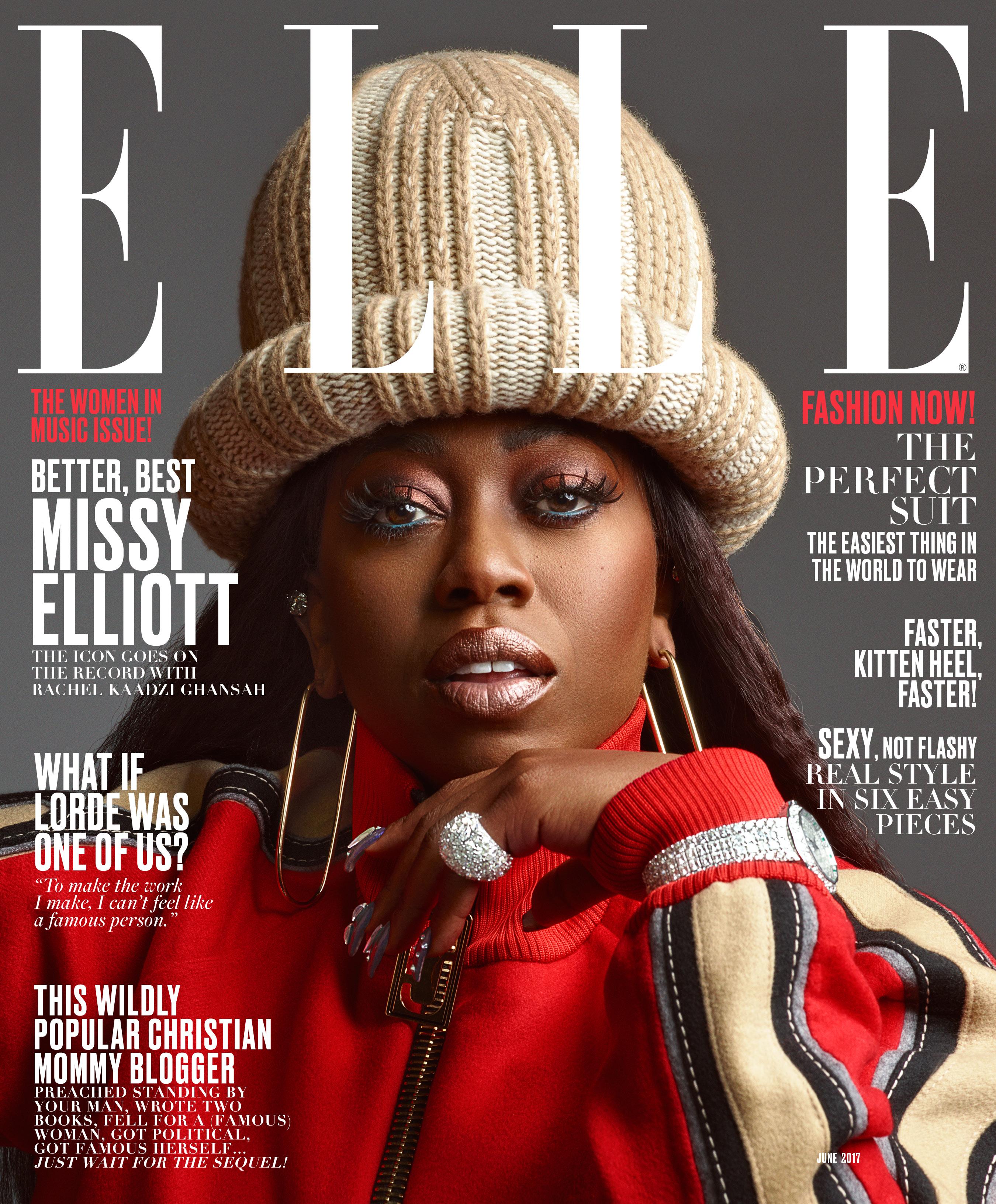 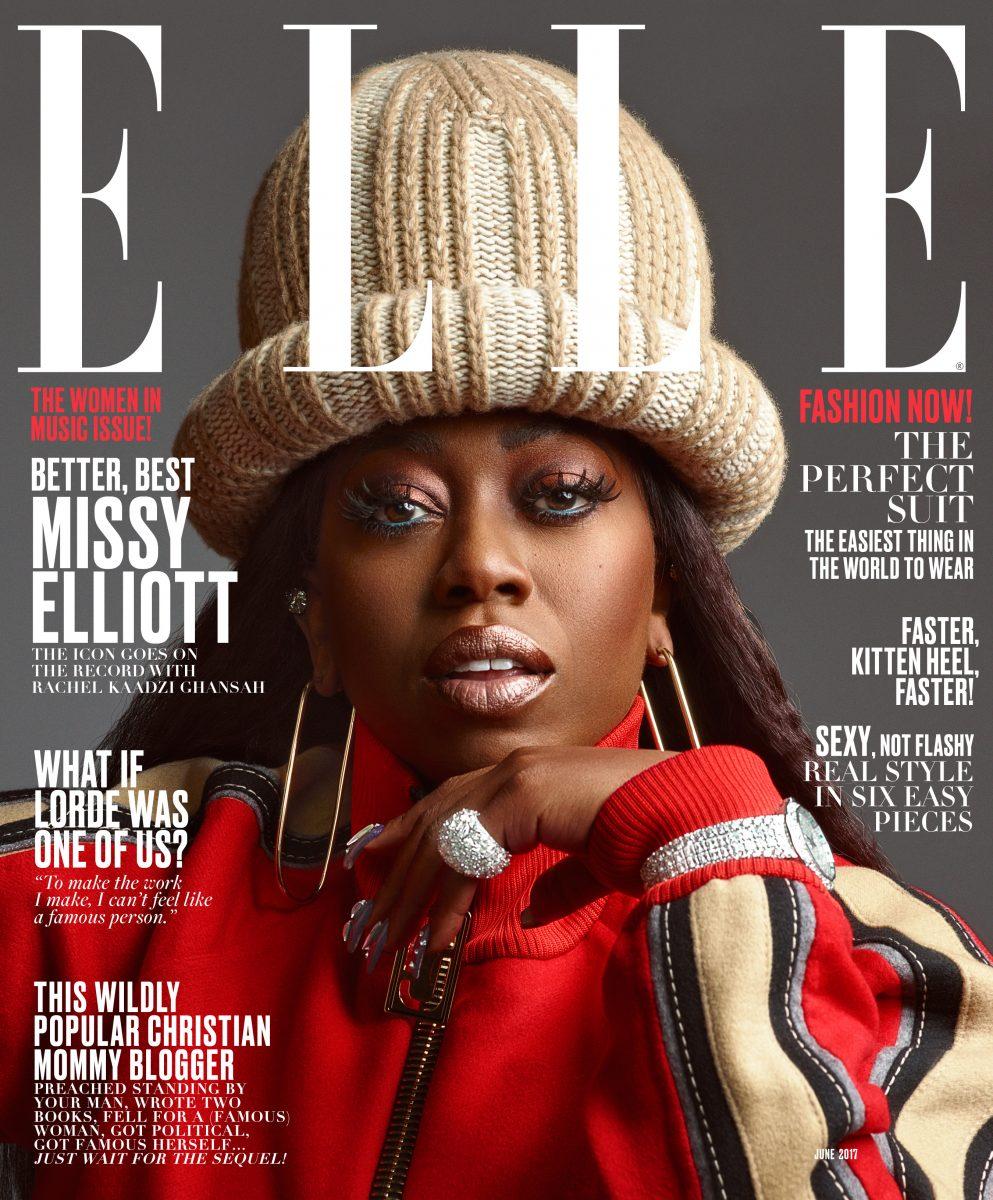 ELLE is getting its freak on! The glossy enlisted Missy Elliott to front its Women in Music June issue, which hits newsstands on May 18. For the cover and feature, shot by Mark Seliger, stylist Samira Nasr dressed Missy in a track jacket and hat from the Marc Jacobs Fall 2017 collection, which has major hip-hop influences. Jacobs is an outspoken fan of Missy, having cast her in his Fall 2016 campaign and proudly leaking the news about her ELLE cover coup on Instagram before it was announced.

The rapper recently released her latest single, “I’m Better,” (fueling rumors that she’s gearing up for her first full album since 2008) and is debuting a documentary about her career later this year. Ahead of the newness, she sits down with ELLE to discuss her iconic moments and fame today.

On the iconic plastic-bag suit in “The Rain”…
“To me, the outfit was a way to mask my shyness behind all the chaos of the look. Although I am shy, I was never afraid to be a provocative woman. The outfit was a symbol of power. I loved the idea of feeling like a hip-hop Michelin woman. I knew I could have on a blow-up suit and still have people talking. It was bold and different. I’ve always seen myself as an innovator and a creative unlike any other.”

On publicity in the Twitter era…
“One thing I won’t do is compromise. I will never do something based on what everybody else is telling me to do. And have to kick myself in the ass every night. Nah. I have to make sure that it’s right. I’ve been through so many stumbling blocks to build a legacy, so I wouldn’t want to do something just to fit in. Because I never fit in. So….” 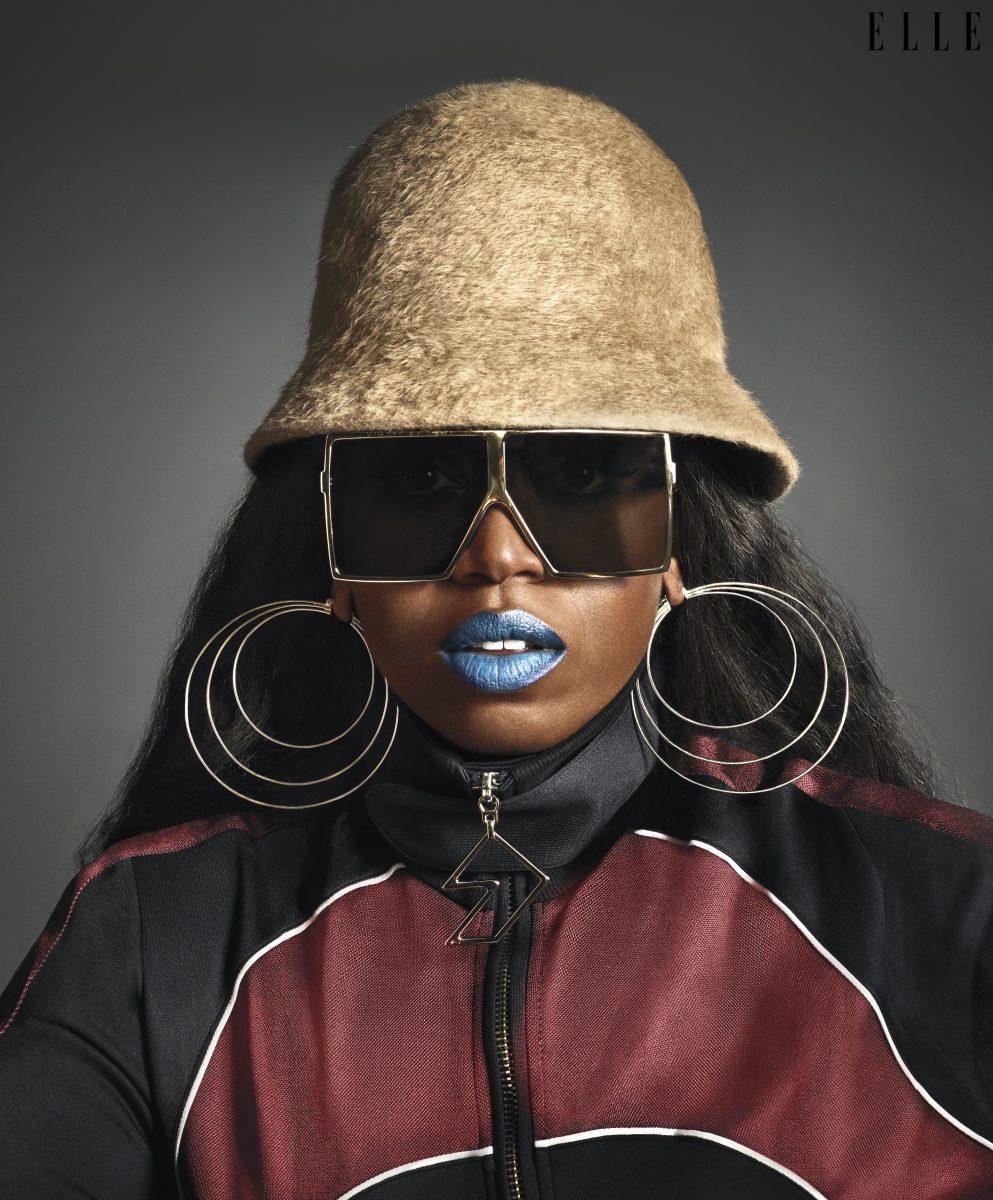 Jumpsuit by Versus Versace; Bucket hat by Stephen Jones for Marc Jacobs; Sunglasses by Saint Laurent by Anthony Vaccarello; Earrings by Lynn Ban.

Rocketdog’s ’90s Platform Sandals Are Back!