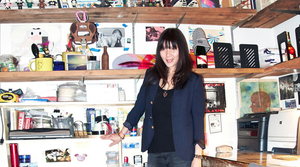 (NEW YORK) Five months after being appointed co-editor-in-chief at Fashionista, Stephanie Trong is leaving the top role, effective immediately. She is now listed on the site’s masthead as a contributor. Her co-EIC, Lauren Indvik, will helm the site as its sole EIC. Trong and Indvik officially began in November 2013, succeeding Leah Chernikoff, who bid adieu to Fashionista in September after three years to become online editor at ELLE. Trong’s last day as EIC was March 14.

“Stephanie Trong has stepped down as co-EIC of Fashionista to devote more time to personal projects. Stephanie is still part of the Fashionista family and will continue to be a regular contributor to the site,” John Lerner, CEO of Fashionista’s parent company, Breaking Media, told The Daily via email yesterday. To wit: Trong posted an item about Tevas yesterday morning, Lerner pointed out. “We are pleased to have her ongoing involvement with the Fashionista brand. Lauren Indvik will continue to lead the brand as EIC,” Lerner said.

Prior to joining Fashionista, Trong was freelancing for a year and a half. She joined New York‘s The Cut as editorial director in July 2011; she then took a personal leave of absence that became a full-fledged departure shortly before The Cut debuted as a standalone site in August 2012. Previously, Trong was deputy digital editor at Lucky from October 2010 to July 2011, prefaced by a seven-month stint as editorial director at Gilt Groupe. Trong was also executive editor at NYLON and NYLON Guys from August 2008 to March 2009, following a stint as executive editor at Page Six Magazine. Earlier in her career, the University of Texas-Austin alum spent eight years at Jane, starting as an editorial assistant and scaling the erstwhile mag’s masthead to become exec editor from 2005 to 2007.

Trong could not be reached to comment; Indvik is currently on vacation and thus was unavailable to comment as well.
ALEXANDRA ILYASHOV