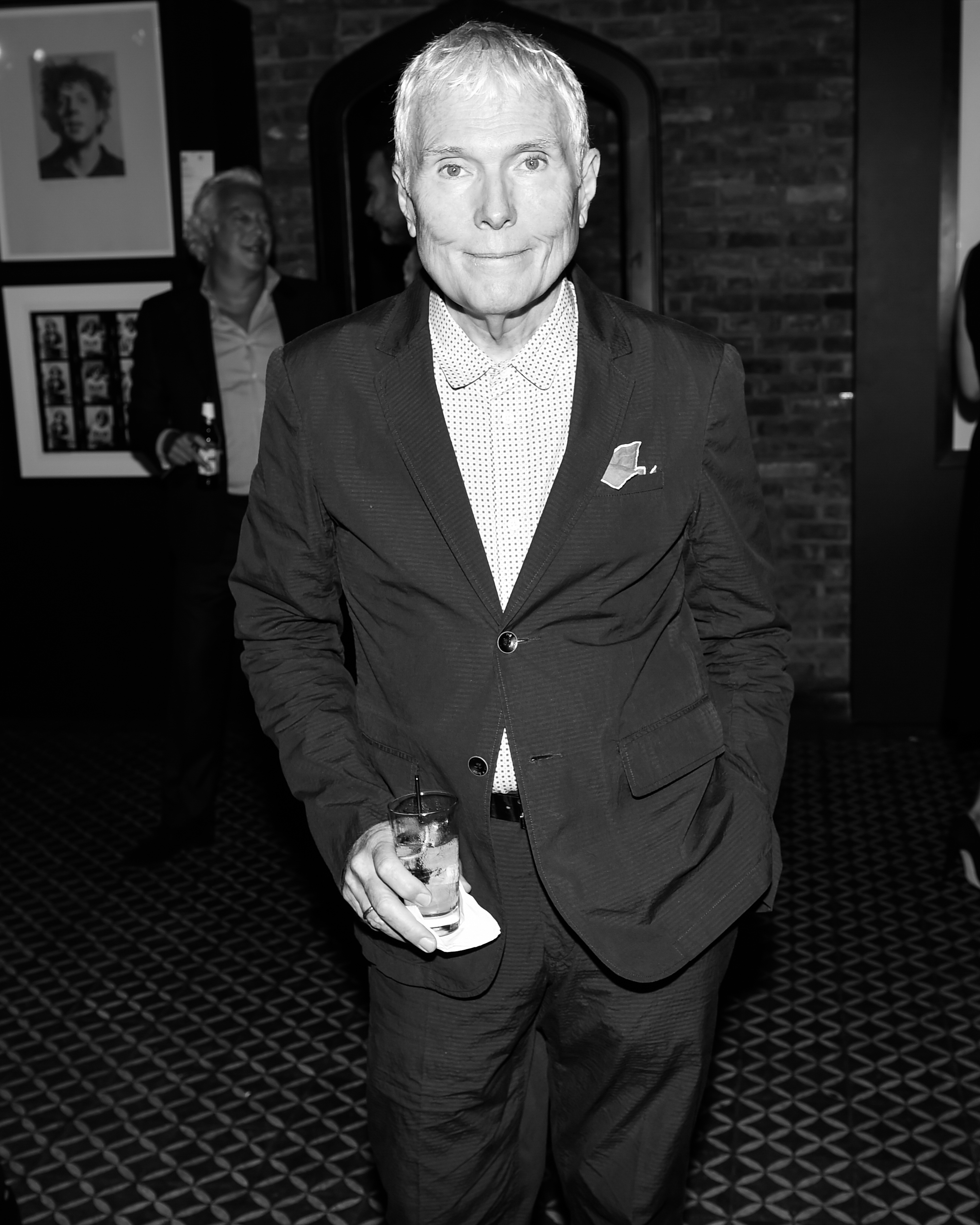 The biggest media news of the week: Magazine aficionado and seasoned journo Glenn O’Brien is lending his talents to Maxim. With the responsibilities of an EIC but the luxuries of an editor-at-large title—he did, after all, essentially invent that particular position—O’Brien has ambitious goals for the title. Naturally, we demanded an explanation.

So you’re already in there?
Yeah. I really started on Monday, but I was official on Tuesday.

Who brought you on board?
I’ve been friends with Gilles Bensimon for years and years. We’re pals, and it started because we used to have lunch a lot and we would sit there and talk about what we would do with a magazine.I was perfectly happy doing what I was doing, but then Sardar Biglari, who bought Maxim, is also friends with Gilles, and he was looking to make a big change, and really try to reposition the magazine a year ago, and he wanted to go farther. So he was looking for somebody, and Gilles said, I think Glenn would be good. And also, at the same time, my friend Sante d’Orazio was shooting some covers for them, and he also mentioned my name. I had two people that [Sardar] liked recommending me, so he asked to meet. It was a really funny conversation, because I recommended a bunch of people, and at some point it became clear that he wanted me to do it. I was thinking, Oh, I don’t want to go to the office every day. But he talked me into it. Now, we have things running on a pretty good basis. I go when I’m needed. Today, I got so much done just by hiding.

Did you swear off taking an editor-in-chief role after Interview? What precipitated the decision for the editor-at-large title?
I was the first person to ever have the editor-at-large title. It was at High Times. The guy who was the editor at High Times was also the owner, and I was the articles editor or something. Anyway, he went in the hospital, and the publisher came to me and said, Glenn, you have to take over. You have to be the editor-in-chief. I said, I don’t really want to be the editor-in-chief. So then they offered me a lot of money. So then I thought, Well, I gotta take this. And so I did it for two months, but I kept thinking, Is my phone being tapped? Am I going to be taken out of here in handcuffs? So I said, Look. I’ll do the same job, but I don’t want to be in the office all the time, and you can call me editor-at-large. I thought it had a nice ring to it—it sounded like being on the FBI Most Wanted list. I think Sardar thought it was funny that I sort of invented that title. I think he actually suggested it. But I like it. If it makes people wonder, it’s good, in my book.

Tell us a little bit about your vision for Maxim. Are we going to go back to seeing a lot of “hot babe” moments?
There’s a place for celebrating the beauty of women, but it can be done in a non-sexist way. I think it’s really about beauty more than sex. I think that people will see, with the photography that we’re going to do, that we’re going to use great photographers who do fashion. I think it’ll be appreciated by women as well as men.

What kind of hires are you looking to make?
Actually, it used to be overstaffed, and now it’s understaffed. I haven’t even really met everyone yet, but I’m just kind of looking to see what’s working and what’s not working. I can’t really say right now, because if I named any particular position and someone was currently there, that would be very indiscreet. But I would say I’m a magazine addict. I really enjoyed doing Interview. It kind of takes over your life—it’s like making a movie. I didn’t think I would do it again, but as soon as I realized that I could do it sort of on my own terms, it became a lot more appealing.

When will your first issue come out?
I’ve had my hand, a little bit, in December, but there’s nothing there that I really assigned. You won’t really see something that has my stamp on it until March. Things take time. It’s funny, because I saw a lot of blogs that were saying, They’re repositioning again? But Vanity Fair was going for quite a long time before it was considered successful. It was really tweaked a lot. Tina [Brown] was not the first editor. It went through a lot of changes, and that’s normal, until you really find the rhythm and tone and make something that’s really of the time. That’s what I want to do. When I was young, I loved Esquire. Esquire was the best magazine in the world of any kind, and Playboy was pretty good, too. They had this great interview style. I just want that kind of quality. I really want to get the best writers, the best photographers, the best illustrators, and let them do their thing.

In terms of [O’Brien’s new Apple TV show] Tea at the Beatrice, how much time of yours is that taking?
We shoot two [episodes] in a day. I have a great team that I’m working with, so I can just kind of show up. If I’ve given it sufficient thought, it’s pretty easy, because I don’t believe in the kind of interview where you go in and have like 40 questions and you go from one to the next—I want to have a flow. That’s my approach. It’s almost spontaneous—it’s prepared spontaneity, I would say.

Glamour’s Samantha Barry Addresses One of the...