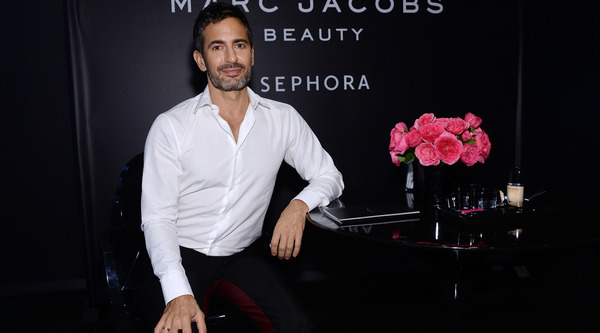 (NEW YORK) Marc Jacobs is building his Daisy chain: The iconic New York designer will be adding on a pop-up shop to his already stacked Fashion Week schedule. The catch? There will be no cash registers at the Marc Jacobs Tweet Shop. Rather, as the name entails, attendees will pay for goods via social media. The hashtag #MJDaisyChain will come in handy on Twitter, Instagram, and Facebook to accrue “Likes” and subsequently win handbags, accessories, and more.

The pop-up will feature artwork by Langley Fox Hemingway, a photo booth, and DJ Jilly Hendrix on the turntables. The fragrance-centric temporary outpost coincides with the release of a new print campaign that coordinates with Sofia Coppola’s TV ad for the fragrance. In addition to the print and vid ads, Daisy is pounding the pavement today, as a fleet of street teams in NYC, London, and Berlin doles out free, fresh daises along with a scent-spiked hashtag. To get in on the action, head to Daisy’s digs, located at 462 West Broadway, from February 7th to the 9th from 11 a.m. to 7 p.m.