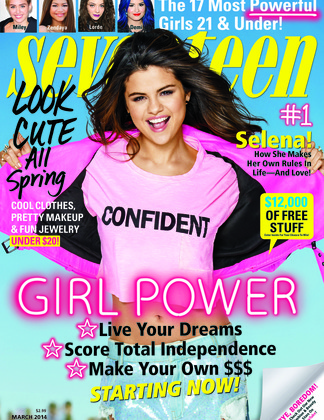 Another shot in the arm for the modeling biz is the news that Karlie Kloss, Kate Upton, and Cara Delevingne made the list of Seventeen‘s 17 (clever!) most powerful girls 21 and under. It’s the first-ever Power issue for the Hearst title and was conducted in a national survey of teen girls aged 13 to 19. The issue also features a Power Advisory Board comprised of women from politics, fashion, philanthropy, entertainment, business, and technology, including First Lady Michelle Obama. Topping the list this year is tween fave Selena Gomez, who just makes the cut at age 21. We’d say things are going a little better for her than that Bieber fella, who was arrested in Miami last week for being himself. The new issue hits stands on February 4th.

#DKNYDRAFT Kicks Off The Super Bowl