Meet The Beauty In Maluma and The Weeknd’s Hawái Video 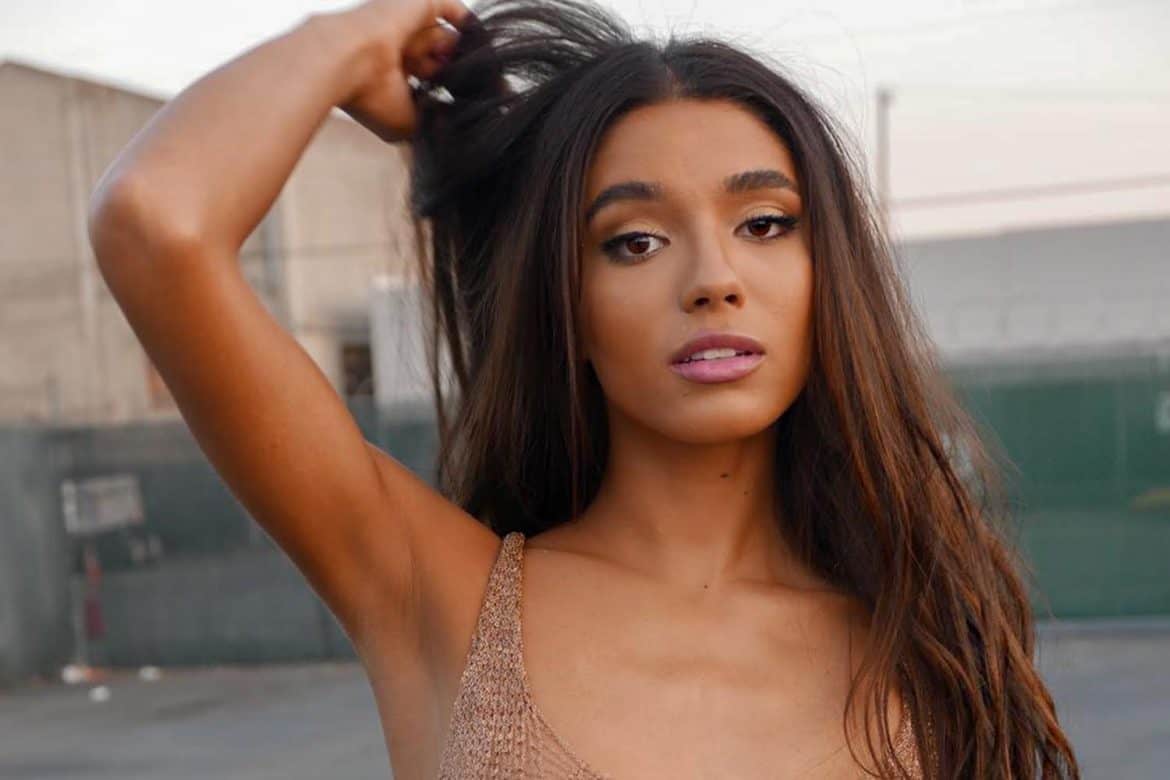 Who’s that girl? Maluma and The Weeknd’s video of the remix of Hawái has almost 70 million views on YouTube and features The Lions Talent Management’s Yovanna Ventura as the object of their affection. Ventura tells The Daily what it was like working on the video and her plans to spend more time in front of the camera.

What was the audition process like for this?
I was contacted directly for this video since I was also part of the original video of Hawaii, they wanted to continue the story line, I was super excited to hear!

What direction did you get for your character?
This a continuation of the original video, after my character cancelled her wedding when realizing the person who she really loved was Maluma. But it was too late and he couldn’t forgive her. She’s reminiscing, thinking of him, and seeing him everywhere. My backstory was to channel the pain of losing someone I loved. I feel like many people can relate to both of these videos.

Did they keep the song playing on repeat while you were filming?
Yes. This helped keep the backstory and stay in character while filming. The lyrics are so well orchestrated that emotions really transcend.

What are you burning when you throw something in the fire?
I am burning the dress from my wedding day with the man I didn’t love. It was a really intense moment in the video. I had to put a lot of emotion in that scene. I feel fire is so symbolic and I loved the touch the director did with this scene. It was a powerful, fueled moment

What was it like working with Maluma and The Weeknd?
It was great! I’ve known both of them for some time. The Weeknd did such a great job singing in Spanish and dancing. Maluma killed it as usual. He puts so much effort in everything he does and it’s so special to share the screen with such a talented artist. It was very easy to work with them. They were both extremely supportive on and off camera during this process. The first video we shot, Maluma and I had many scenes together. The remix video was staged like we were solo but we actually were shooting a lot together.

Any other fun memories from the shoot?
The bathtub scene was my favorite and most exciting cause I really got to channel the emotions of missing someone you love. It was also great to shoot in the bathtub with Maluma after the solo scene was done. It wasn’t planed; it was an added touch last minute that the director wanted to do. Maluma came in the bathtub to drive more feelings and add a sense of sensuality. It felt very real and I had to hone into my acting ability in that scene. Another great moment was walking on set and seeing my friend Abel (The Weeknd) perform during the music video. We’ve been friends for a couple years. I was so proud of him cause I know he worked really hard on perfecting his Spanish for this. 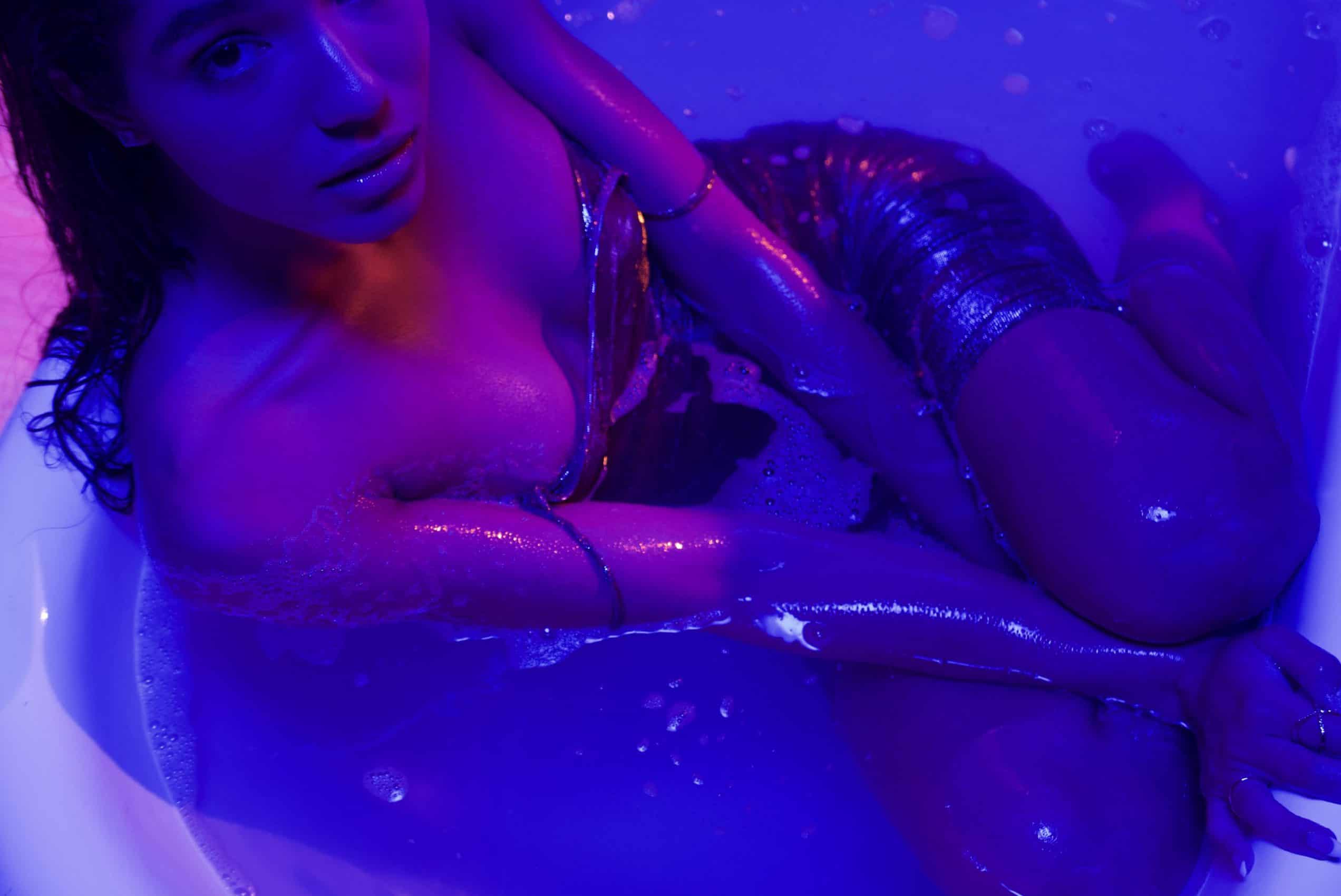 For people who don’t speak Spanish, what’s the song about?
The song is about a break up and how the person you love leaves you for someone else; pretending they never loved or care for you.

Is acting something you want to do more of?
Acting is a big passion for me. I’m now with Untitled Entertainment for acting management. My goal is to book a TV show and movies. I am working towards a few projects now. The Lions Talent Management really helped position me for greatness. I’m really grateful for my team there!

What else do you have lined up for the rest of the year?
For the rest of the year, I have modeling work, filming auditions for acting, and I’m also working on some other exciting projects I will disclose next year. I always keep myself busy and very motivated so I can expand and keep growing. 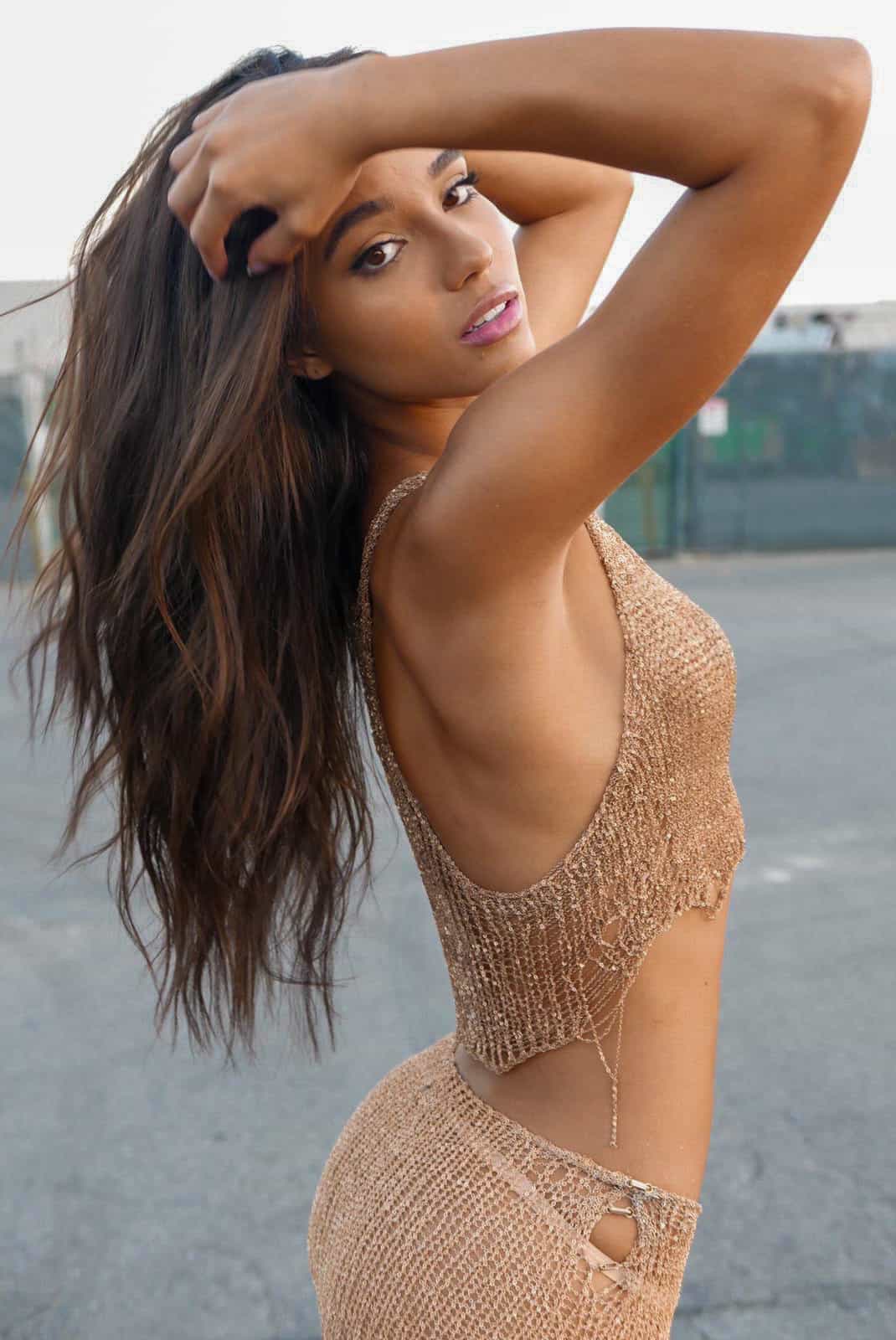 SKIMS Unveils Its Silkiest And Stretchiest Loungewear Yet

For SS ’21, Brandon Maxwell Is Bringing Sexy (Basics) Back