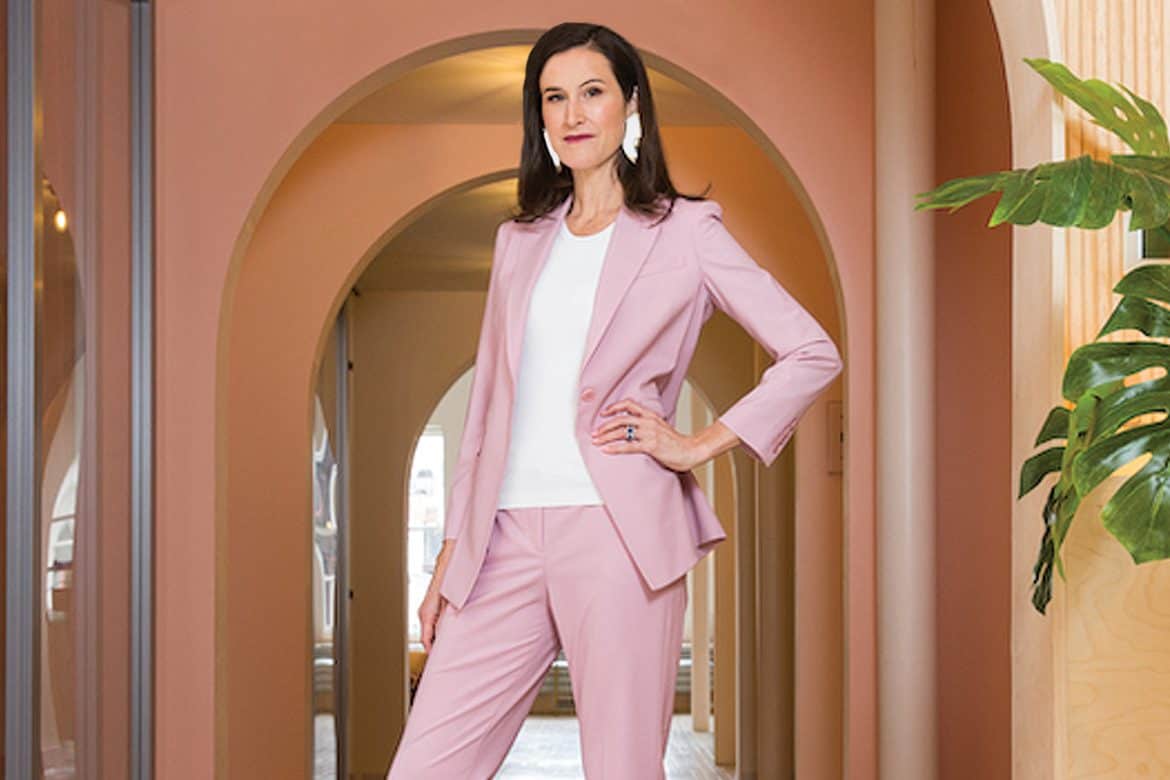 Lydia Fenet’s first book, The Most Powerful Woman in the Room Is You, has emerged as a (bestselling) phenomenon that is empowering women of all ages and professions to step up in the workplace and command the respect — and compensation — they deserve.

You’ve been working at Christie’s for 20 years. Did anyone ever float the idea that you should write a book?
No one ever asked me to write a book. I just felt like I had a message that I wanted to share, and writing a story about my 20-year journey at Christie’s — both good and bad — seemed like an incredible way to share that message.

Was there a particular incident that inspired you to write it? Once you got started, what was your strategy for writing it?
The New York Times wrote a day-in-the-life piece about me, which followed me throughout the course of my typical day — raising three kids, working as a managing director at Christie’s during the day, and taking charity auctions onstage at night. I mentioned to the reporter that I wrote at night after auctions when I couldn’t sleep, because of the adrenaline from being onstage. When I saw the transcript, I realized it was now or never. I spent the six weeks before the piece was published in the Times finishing my proposal. The book sold a week after the Times piece was published! 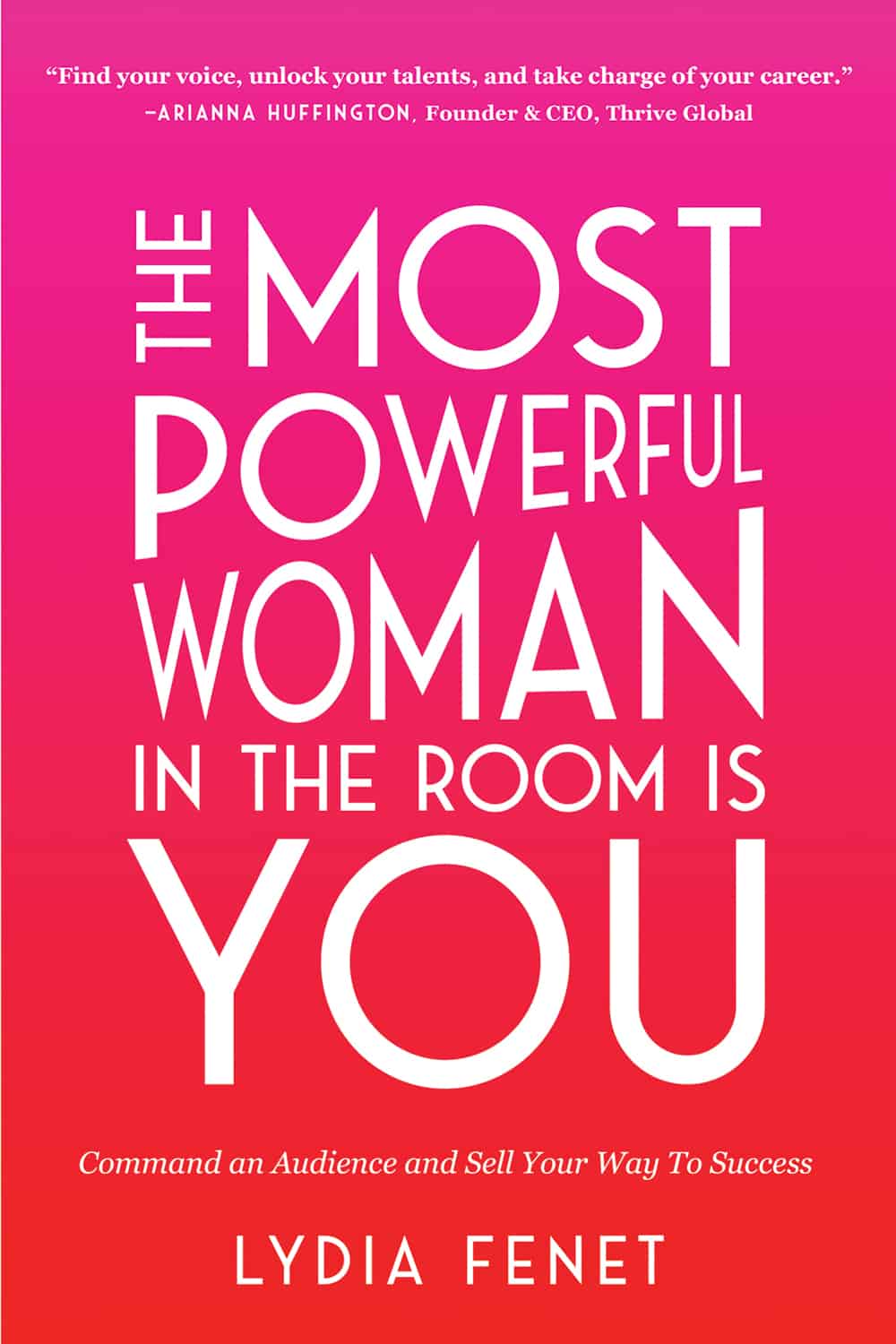 The Most Powerful Woman In The Room Is You, BARNES & NOBLE, $17

Tell us about your famous “strike method.”
When I’m onstage during a charity auction, I use a gavel strike at the very beginning, to show the room that I am in command of it. Similarly, I encourage readers to find something — a physical movement, an opening line, or something that inspires them—to help them focus and feel confident enough to command a boardroom or even tackle a difficult conversation.

How has the #MeToo movement affected professional women who work in sales?
It’s been a game-changer. There is an expectation for openness and transparency that didn’t exist two years ago. It is up to us to keep the conversation going and to bring as many people into the conversation as possible.

What’s your best advice for young women who are considering a career in that field?
Bring your own personality into sales; don’t copy what you have seen other people do before you. It’s up to you to develop your own style while integrating the techniques that others before you have perfected.

In addition to your day job running strategic partnerships at Christie’s, you have an international reputation as one of the world’s top charity auctioneers. What do you love about being onstage and raising money for nonprofits?
I love everything about it. I love the challenge of quieting a noisy crowd with a small gavel and the words that I think up on the spot. I love hearing a crowd laugh and knowing that they are having fun — despite the fact that they are probably going to be broke after the auction. Most of all, I love seeing the faces of development directors when I have exceeded their goals, knowing that they will be able to fund a clinical trial or build a home for a deserving veteran or do anything that helps people in need.

A big part of your auctioneering job is using a bit of stand-up comedy. Have you always had such a sharp wit? Who are the funniest people in your life?
My siblings are by far the funniest people in my life. My friends Auburn [Daily] and Holly [Dunlap] are a close second. I have always loved making people laugh, but it wasn’t until I started taking auctions that I realized how incredibly effective it can be in fund-raising!

You frequently take auctions for fund-raisers in the Hamptons. What’s unique about the crowd out here?
It’s so great to take auctions out East because people are in a relaxed, beach mode. No one is dying to leave at 8:30 p.m. because of a crushing workday the next day.

You’ve been traveling around the country on your book tour. What’s some of the best feedback you’ve received from women who have read your book?
I can’t tell you how much I love meeting people around the country who have read the book. A woman at one of my first signings was talking about the chapter on rejection and said, “You want to talk about rejection? I worked at a call center for five years and have been rejected over 10,000 times. I’m bulletproof.” I thought that was the most incredible statement. Bulletproof!

You’re working on your next book. Please share!
My next book, The Most Powerful Girl in the Room Is You, is for the next generation of powerful women!