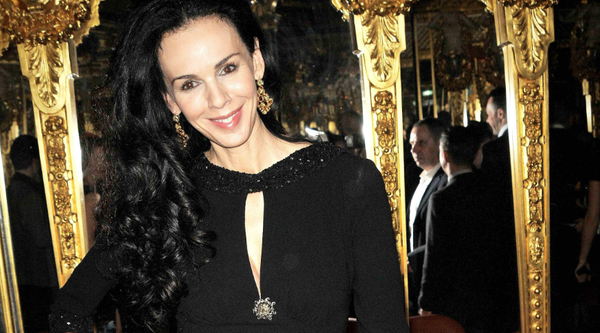 (NEW YORK) Designer and model L’Wren Scott was found dead in her Chelsea apartment at 200 Eleventh Ave. around 10 a.m. this morning. Scott’s assistant discovered the 47-year-old designer and model in the apparent suicide. The exact cause of death has yet to be reported by medical examiners. Scott’s longtime boyfriend, The Rolling Stones’ Mick Jagger, is currently on tour, making stops in Asia recently, and today is in Australia for a performance in Perth. This afternoon, CNN’s Piers Morgan tweeted: “UPDATE: Mick Jagger ‘completely shocked and devastated’ by suicide of his girlfriend L’Wren Scott – spokesman.” Jagger and Scott became involved in 2001, and have been a couple for over a decade.

Scott launched her eponymous label in 2006, and has dressed the likes of Nicole Kidman, Amy Adams, Angelina Jolie, Christina Hendricks, and First Lady Michelle Obama. Prior to her foray into design, Utah-born Scott kicked off her modeling career in Paris, walking in shows like Chanel before working in California as a stylist in the ’90s. Her costume designs graced the silver screen in films like Ocean’s Thirteen and Eyes Wide Shut. In 2011, Scott launched Lula, a line of handbags, named after her mother.

In October 2012, Scott was honored with the Oracle Award at Fashion Group International’s annual ‘Night Of Stars.’ Sarah Jessica Parker presented the accolade to Scott and said of the designer, “L’Wren and I met many, many moons ago and I was immediately smitten.” The fashion industry at large was certainly smitten with Scott; she will be deeply missed.

Jimmy Choo Rumored To Be Contemplating An IPO

Jerry Hall and Rupert Murdoch Are Getting...