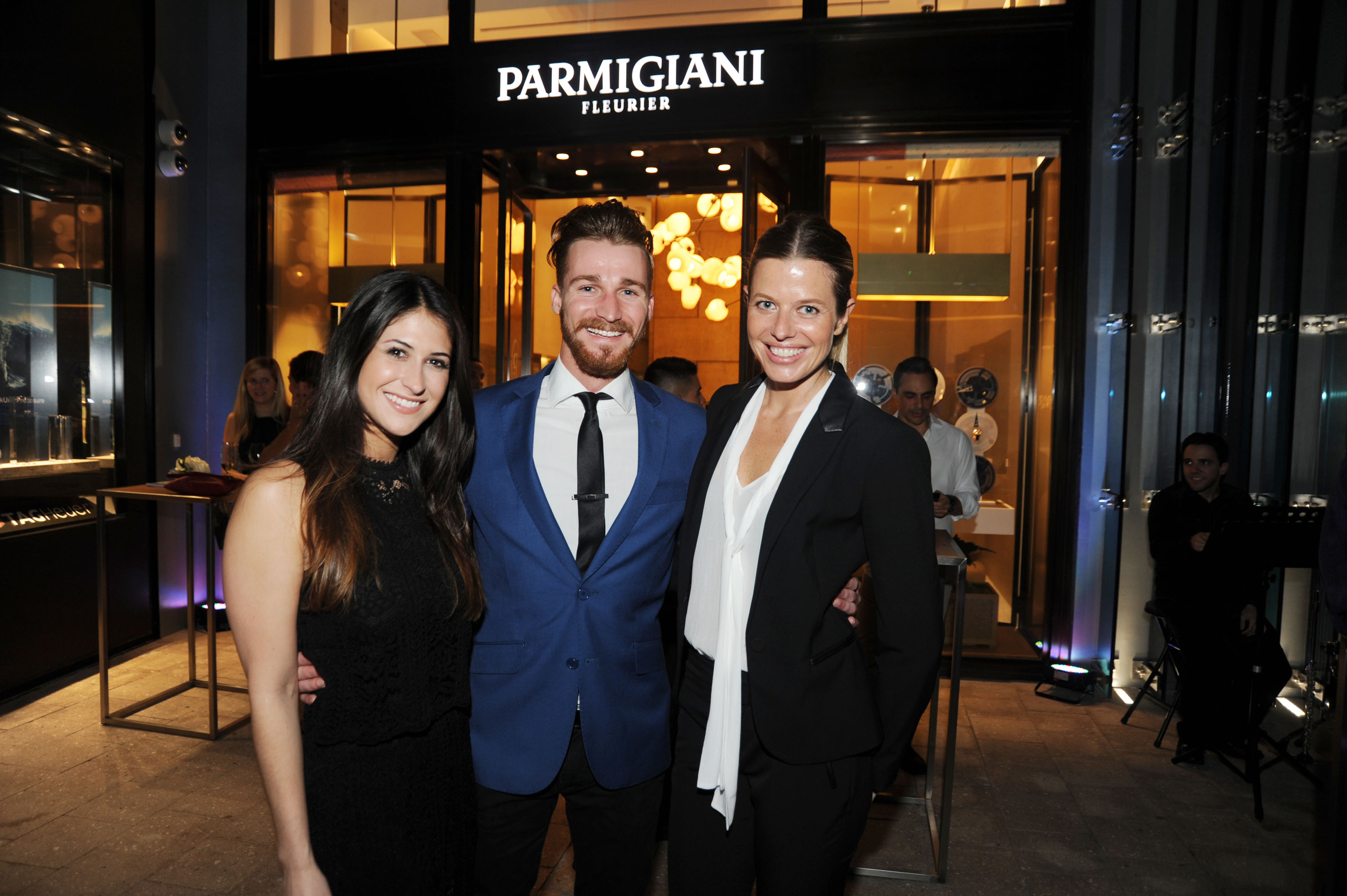 True watch connoisseurs know the incredible craftsmanship behind luxury Swiss watchmakers Parmigiani Fleurier, but the brand is just beginning to make its name known on a broader scale in the U.S. They opened their first standalone retail location stateside in Miami’s Design District. The area has become a hotbed for luxury watches, with every brand you can think of, from Vacheron Constantin to Tag Heuer, located side by side in one shopping block. The brand celebrated the store opening last week as well as their new haute horlogerie timepiece, the Tonda 1950 Tourbillon, which required two years of research and development.

But what really sets Parmigiani apart from the rest is founder Michel Parmigiani, who’s known as one of the master watchmakers of his generation. Parmigiani gained a reputation for restoring timepieces that no one else could fix and caught the eye of the Sandoz family, Swiss pharmaceutical titans who had employed Parmigiani to restore a precious collection of rare antique automatons, pocket watches, and clocks. The Sandoz Foundation eventually backed Parmigiani to found his own brand, and the rest is history in the making.

What’s more: In their commitment to Parmigiani, the Sandoz Foundation built around the business a conglomerate of the best watchmaking workshops in the industry now known as the Parmigiani Manufacture. That means that Parmigiani owns companies that specialize in making special parts supplied to top luxury watch companies, from the screws, wheels, and spirals to the cases, dials, and movements. Les Artisans Boîtiers, the Parmigiani-owned case manufacture, for instance, also supplies Patek Philippe’s Nautilus cases, and Parmigiani’s Vaucher Manufacture makes somewhere near 80 percent of Richard Mille’s complicated movements.

The company’s U.S. headquarters, which was established four years ago in Miami, is now located in Miami’s hip Wynwood district—an area known for its high-minded graffiti and plethora of art galleries. In fact, the entrance to Parmigiani’s U.S. offices serves as an art gallery, which currently has on display pieces from Colombian fashion photographer, Efren Isaza. “We are very solid industrially and financially so now it’s only a matter of building on it,” Thierry Collot, president of Parmigiani Fleurier Americas, told The Daily at the brand’s boutique opening. “We want to be where the action is. New York is saturated. There’s a real market and a lifestyle in Miami that’s a great platform for our brand. Parmigiani is about the pursuit of craftsmanship. We believe that watchmaking is truly an art form.”

Oh he is fiiiiine.