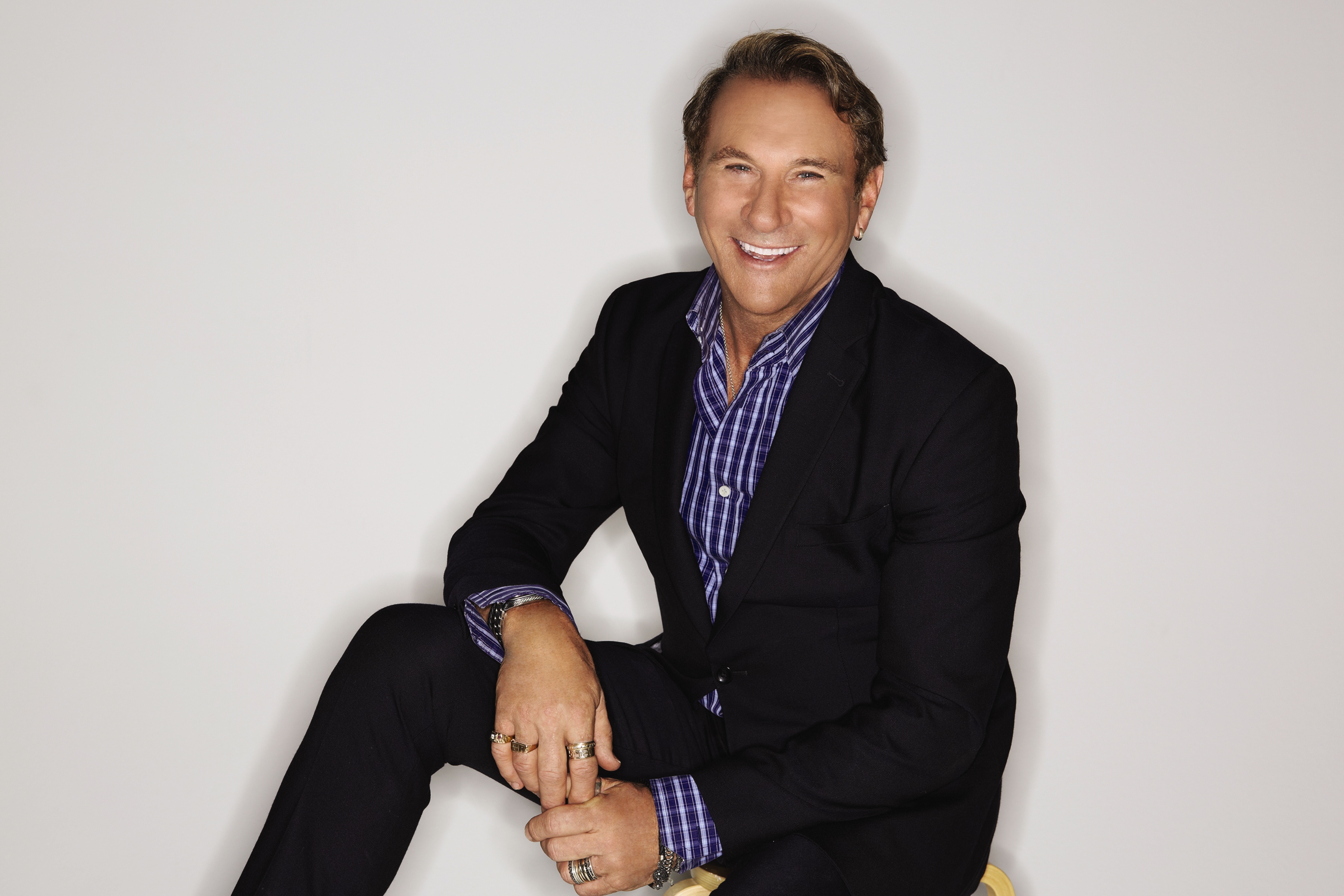 The man who brought 100 Unforgettable Dresses to coffee tables everywhere is back! Hal Rubenstein’s The Looks of Love: 50 Moments in Fashion That Inspired Romance (Harper Collins, October 2015) brings together pieces of history that influenced our ideas of love and style. From Maidenform’s ads, Singing in the Rain, and the Dries van Noten Spring 2005 Paris show to Elizabeth Taylor’s eight wedding dresses and New Kids on the Block, he recounts a handful of his experiences as a writer and fashion authority with striking visuals and anecdotes. We gave Hal a ring to talk about where he was for some of these major events, his best love advice, and what his own love story looks like.

Where did this idea begin?
As somebody who came to the business as a journalist—having written about movies, film, and food—I don’t see fashion in a vacuum. Most of us don’t get dressed to walk down the runway. We get dressed to walk into our real life, whether it be work, or family, or making an impression, or going to a party, or seducing. In some ways, I think all clothing is about seduction. I wanted to put clothes in a larger context, in terms of what influences us to get dressed besides what comes out of Seventh Avenue and Paris and Milan, and how we dress to experience our passions.

Why did this feel like the right moment to tell the story?
It’s something that’s always been in my head. 100 Unforgettable Dresses was successful, and I wanted to do something even bigger. And the world is not a fun place right now. In a world that’s so cold and so challenging, what’s more important than being reminded about the things that you’re truly passionate about? 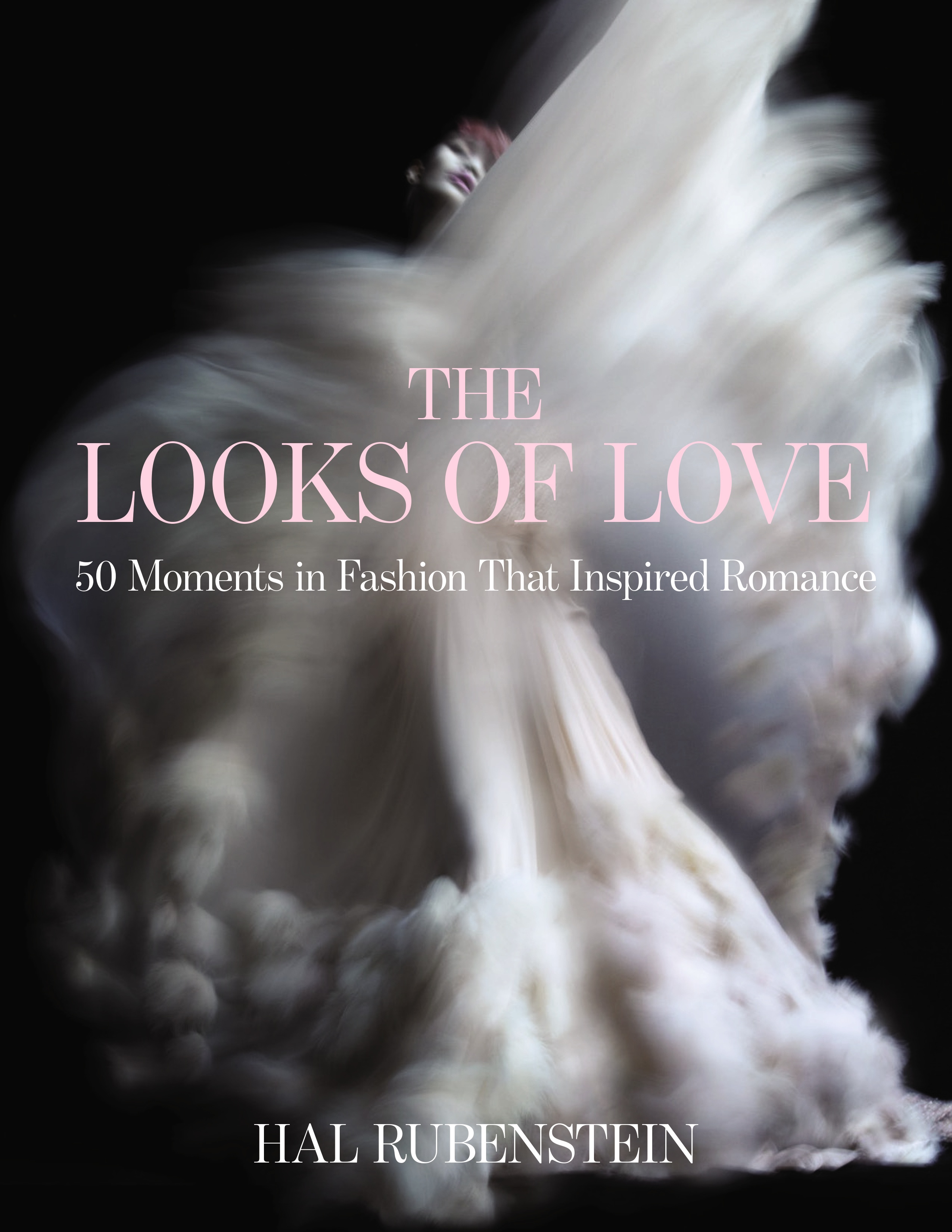 How did you do research for the book?
It took about six months to write and six months to research. But I was at Woodstock, I went to that early screening of Bonnie and Clyde that shocked audiences, I was friendly with Gianni [Versace], I was part of that incredible Dries [van Noten] dinner. So many of these events I was eyewitness to. Even the New Kids on the Block concert. I was covering it for The New Yorker at the time. These are things that weren’t great reaches for me. What was important was to get the story right, to put these in the context of the rest of the world—where we were economically, socially, politically, and culturally. That’s what makes all of these stories make so much sense.

Can you give a few examples?
Besides the fact that Bonnie and Clyde is an amazing movie, the reality is that when it first came out critics hated it. People sat in the audience drop-jawed! Despite its violent ending, it’s an incredible romance. Look at the clothes they’re wearing—in the late ’60s, everyone was wearing one of two things: mini skirts and Edwardian suits. Here comes these two people in these sleek, double-breasted suits and pinstripes. He’s in three pieces, and she’s in these long midi skirts with the beret. They were rebels, and everyone could identify. Suddenly Seventh Avenue couldn’t sell a mini skirt, save Armani. The main company in France that makes berets almost tripled their production! The key element here is that we all want to fall in love the way they do in the movies. We want that dream. And we want to be dressed to that dream.

Tell us about a few others that made the cut, please!
Lucille [Ball] pregnant on the show changed the way we looked at pregnancy. It created the maternity industry…that’s seismic! The ‘I dreamed I was’ campaign from Maidenform changed the way women looked at themselves in the public. That is not about buying a bra. That’s about confidence and power. The Beatles coming to America…look at the way they dressed! Everyone was incredibly conservative and here are these boys in little velvet collared jackets and incredibly skinny pants they can’t even sit down in. Suddenly I was Bar Mitzvah-ed in an Edwardian jacket for one part of the day and a collar-less jacket for the other. Or grunge. Everyone wants to credit Marc [Jacobs], but Marc is the first person to tell you he didn’t create those clothes. He adapted those clothes. Kurt Cobain and Courtney Love—they bought those clothes at Walmart. If it wasn’t for the successful marketing of the movie Lolita, where we got people to accept the story of a 40-something-year-old man falling in love with a 14-year-old girl, you may not have had Britney Spears! We love Carrie Bradshaw, and who was her real love—New York City. Now there are tourists absolutely everywhere, but when I was growing up in New York City, people would say to me, ‘How could you live there? It’s so violent, it’s so dirty.’ Here comes this TV show that shows the city as an adult Disney World. Everything that show touched, from Manolos to Magnolia Bakery, turned to gold!

What’s your favorite romance film?
Singing in the Rain…it’s so effortless. When you watch Gene Kelly walk down the street and he’s just floating on air, it’s not big and it’s not complicated—it’s just sheer joy. And the score from Love Story is amazing. All you have to do is hear it and you want to start to cry. In fact, the theme song is better than the movie! What was the music that Bianca Jagger picked to play when she married Mick Jagger? The theme from Love Story. Here’s the coolest woman on earth picking the corniest song on earth. What could show how this thing works better than that?

So who is the quintessential celebrity couple today?
There’s a certain balance between a couple like Brad Pitt and Angelina Jolie. That stupid word Brangelina—the reality is they are not Brangelina. One of them is producing films, the other is directing films, one is on one level of humanitarian efforts, the other is helping women live a longer life. You don’t get to be your best self without somebody behind you saying, ‘I’m with you all the way.’

The “nude bride” was a big trend this bridal season. Are you a fan?
The new thing on the runway is one thing—do I think a bride should be sexy? Yeah, of course she should! But there’s a limit to that. You’re still in front of a bunch of other people. I don’t think you should be giving everything away during the wedding march! A loosened back and an open part to a skirt is fine, but it’s not a negligée.

Do you write love letters?
So I met my husband online almost 19 years ago when you still paid $2.95 an hour to be on AOL dialup and it took 20 minutes to download a picture. And we lived 1,500 miles away from each other. We talked for two months before we ever met. Once we realized that this wasn’t a joke we both independently started saving our correspondence—our emails, our texting, and our letters to each other. And we have them bound. It’s nice to hear ‘I love you’ no matter how you read it, but it’s a hell of a lot more effective when somebody picks up a pen.

So would you say the digital age is ruining romance?
I think it’s challenging romance. The younger generation truly doesn’t know how to communicate with each other. One of the greatest losses in young generations these days is no one ever taught them how to flirt. Flirting is so much fun! And there are so many fabulous things that can happen from flirting. You can get your way, you can make people do things they didn’t think they were going to do, it can get you a date, it can get you laid…there are so many things that can happen from flirting. It really is a skill and it really can work magic!

What’s the best love advice you’ve ever gotten?
People don’t change…we adjust. If you’re going to fall in love with somebody, you take them for everything they are. The second thing: If it ever comes to a point when you’re fighting, make sure to remember what you’re fighting about. Don’t escalate an argument beyond what it starts out to be. Don’t use it as an excuse to unload. It’s a lot of work sometimes to put out your best self, even when you’re getting dressed. You don’t always succeed, but you try. And I think that’s what this book talks about—when you do find the things to help put your best self out there.

Lacoste and Snoopy Hook Up