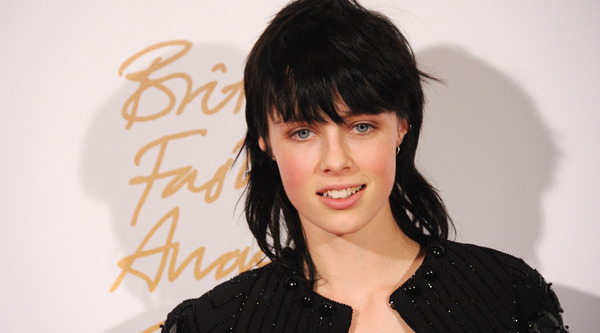 (NEW YORK) Edie Campbell Was Named Model Of The Year At The British Fashion Awards Last Night [Huffington Post]
If her name doesn’t sound familiar, her face certainly will be due to the many ad campaigns she’s starred in.

MAC Releases A Line Of Makeup Brushes From The Stone Age [The Cut]
Well, they’ve been modernized, but these tools seems to be taken from the cavemen.

France Is Honoring Chloé Founder, Gaby Aghion, With The Legion Of Honor [Vogue UK]
This prestigious award is the highest decoration in France.

The Cast Of Girls Gets Dressy In The Poster For The Show’s Third Season [Telegraph]
And yes, the gangs all here: Lena Dunham, Zosia Mamet, Allison Williams, and Jemima Kirke.

Gap Releases An Edgy Line Of Tees With Visionaire [Refinery29]
These are not the shirts you expected nestled among cable knit sweaters and basic jeans.

Want To Play While You Shop? Now You Can [Drop ‘Til You Shop]
Save tons in this shopping game where you get to choose the price of your goodies.

Diane von Furstenberg and Harley Viera-Newton Get Everybody Meowt Again