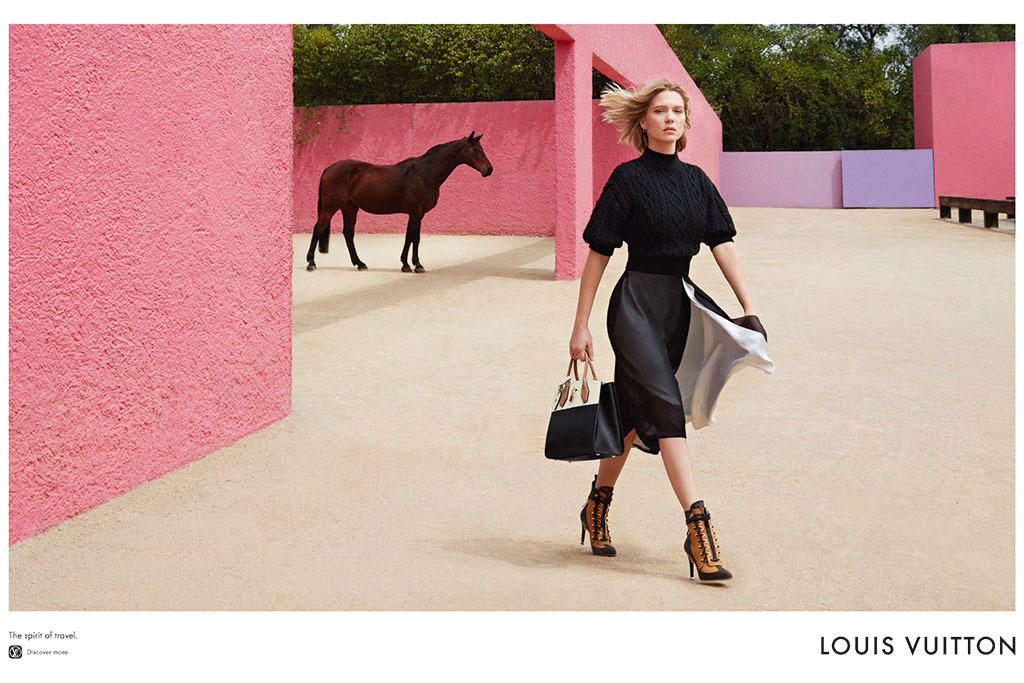 Léa Seydoux and Louis Vuitton (and, evidently, a horse) jetted to Mexico to shoot her first ads for the brand, an ideal backdrop for the travel-themed Spring campaign. Released today, the campaign was styled by Marie-Amelie Sauve and shot by Patrick Demarchelier at the Luis Barragán House and Studio, an architect who was famous for his modern, colorful designs. Though the 30-year-old French actress (who’s appeared in Spectre and The Grand Budapest Hotel) has dabbled in fashion before, working with Prada and Miu Miu and even starring in a Saint Laurent biopic, this is her first time collaborating with Vuitton. Her film It’s Only the End of the World premieres at Cannes in May—chances are Nicolas Ghesquière will be handling wardrobe duties for the occasion.