Krysta Rodriguez, Aka Halston’s Liza Minnelli, Was So Inspired By The Show She Redecorated Her Apartment 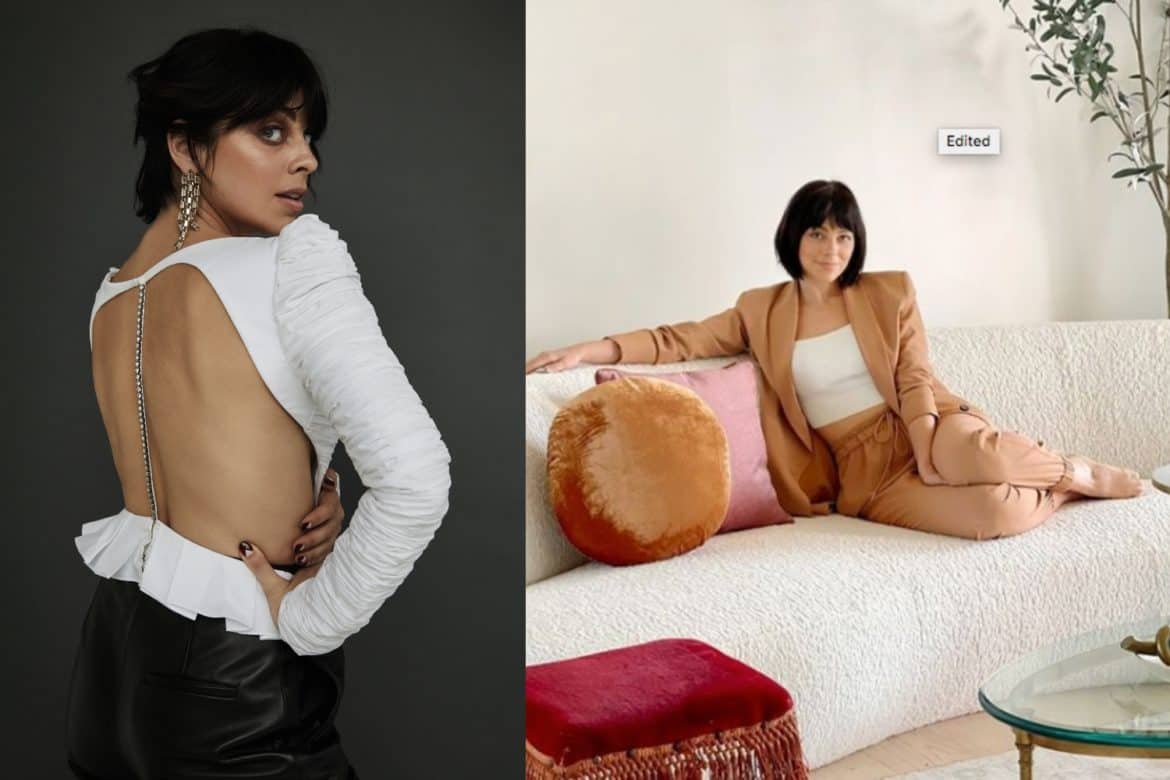 Krysta Rodriguez’s recent star turn as the legendary Liza Minnelli didn’t just consume her in the preparation—she took the 1970s disco-tastic vibe from the Halston set right home with her post-production too. Literally! A keen interior decorator, the performer was so inspired by the show that she channeled the mood and aesthetic of Ryan Murphy’s hit biopic into reinventing her apartment. After a dizzying month of press tours and interviews, The Daily caught Rodriguez for a moment to hear what it was like to step into such famous shoes. Take it away!

What’s the response been like since the show?
It’s been crazy! But it’s been great too. You never know how anything is going to be received, and I was taken aback by how many people watched it immediately…even all of my friends! Our cast got together and went out of town the weekend it came out. It’s been fun to go on this ride together with them!

How did COVID disrupt the plans?
We filmed one episode in February 2020, then we came back in September. It was a real break, I didn’t know if I’d remember any of it and the momentum we had built up. But it was a good thing in the end, we could let the characters seep in and let it marinate. Then we were grateful to come back, and we’d gone through something collectively which lent something to the production.

Have you been able to do any in-person press?
It’s been all virtual for the most part. It’s so funny, as we’re sort of living in the half world and tethered to the computer. I’m ready to take some things out on the town again though—it’s beautiful out there!

What’s your own earliest memory of Liza Minnelli?
You know, sometimes when you have a legend in the zeitgeist, you don’t remember your exact first experience of them, because they’ve always been around. Her material was much more adult, so it took me ’till adulthood to discover it. Her mother’s stuff was more the right age for me when I was a girl who wanted to be in musicals, so knowing who she was as Judy [Garland’s] daughter was my first experience of her. And that’s exactly what she was fighting against her whole life! In my early 20s, I encountered her in her power and in what she does best—her Liza with a ‘z’ special. I was completely floored by it and enamored by her, and it gave me a whole new respect for her. This was a great way to fall more in love!

What was your process like of preparing for the role?
There are recognizable traits, patterns, and movements. I had to map them all out, see which ones served me and which ones did the job which I was sent to do: which is show a performer coming into her own power. I couldn’t be her, but I could be a performer learning the ropes and coming into her own—which is something I had to once do myself. I watched everything I possibly could and there were two things which really served me. One was the timeline: the show is a huge span of time, through many decades, through rehab, many husbands…so it was really important, because we shot the series out of order, to map a timeline of where she was and what she looked like so I could drop in and find those circumstances. It was great to have that access to materials of Liza because normally it’s a fictional character and you don’t have that. The other thing was movement: finding the earnestness in the movement, instead of the imitation. With Susie Meisner, our choreographer and movement coach, we’d walk around the space and find out which parts of the body she was activating when.

How would you compare this role to what you’ve done in the past? It’s the first time you’ve played a real figure.
Yes, it’s the first time! I did play Wednesday Addams I guess, who’s fictional but iconic! But this is different in positive ways. I didn’t have to do a lot of guess work to do, but at the same time, filling in the blanks comes with a much bigger responsibility. I wanted the two lives to be seamless, taking care of both—the life we know and the life we don’t. It’s one of the first times I really played a woman where theres a lot of growing to be done. She was undeniably charismatic and powerful and owned it in every step. It felt freeing to have the permission to go as far as I could there.

What were some of your favorite pieces to wear in the show?
I loved them all! One of my favorites though was the piece of fabric [Halston] draped on me. It’s the first scene where we really come into our own and you’re watching a girl become a woman immediately, while watching the hands who made it happen do it. Fashion and emotion and creation and friendship and respect collide and come together in real time. That moment of me looking at myself in the mirror was genuine.

What were some of your other favorite scenes?
They were all spectacular, but some were daunting! The ones I loved doing are the ones where we’re having fun, showing that playful relationship. The scene of us after I perform in the club and we’re having a cigarette: it shows that instant connection where they’re closing down the club. I loved that. It was the first scene we shot together. The scene in Versailles too, where I tell him to get back in there and keep the show going. They’re some of my prouder scenes, because you can see who she is as a a person, what she stands for, and what she won’t.

You also work as an interior designer! Have you previously sought inspiration from Halston or Elsa Peretti? Did that design background change how you felt about the role?
I think it really gave me such an appreciation for what Halston was able to do in the world and in the culture. He took an era that was a free for all—you could do anything!—and he refined it and made it elegant. He allowed things to be experimental, but tactile and beautiful to look at. I remember walking into his first apartment and saying, ‘I love all of this! This is all back!’ He knew what he was doing and it’s here now. Getting to revel in that and to experience that genius all around, you can’t not be inspired. I immediately went home and redecorated!

We heard about that! Tell us more…
I love organic lines, neutral palettes, and letting the space sing on its own. I like something very minimal with not a lot of waste. I found this amazing Scarpa sofa with ’70s lines. It’s all tactile fabrics—the rug is very soft, I’ve an incredible photo of Liza and she’s lying on the floor on the carpet. I said that’s the house I want! I tried to create that. It’s the after party, it’s lived in, used, and reveled in. I have orchids everywhere, they’re impossible to keep alive!

Did you get to meet Liza at any stage?
I have met her once before! She came to a musical I was in and gave us all a handshake and said, ”Thank you for your work.”  That was my interaction with her and one of the things I loved was that she gave us notes in a way that was very positive. She cares most about the art form and the work. I kept that with me. You’ve gotta do the work…I wanted to leave her alone. She’s been replicated a lot, there’s no-one that could possibly do it as well as she could and I wanted to take that off the plate. Ewan got to meet her and it was formative and important for him to meet her; to tell her that her best friend was in good hands. I haven’t heard anything since the show, but I’m all too happy for that one time to be the interaction which I had with her.

Gossip Girl fans will remember your guest starring role as Jordan Steele—are you exciting to check out the reboot?
I can’t wait! [Writer] Josh Safran is one of my dear friends and I’ve gotten to follow along with the journey of the show and how, as we have matured and the Gossip Girl audience has matured, Josh and his work have deepened. I’m excited for jow much representation will be on screen too.

Do you have any upcoming stage work?
No, not yet! I think everything is about retracing our steps getting to reclaim them again—so I’m happy to wait my turn and see what comes up.

What’s the first thing you want to see when Broadway is back?
So many things! I’d love to go back and revisit a lot of shows my friends are in, see some new stuff, and the new version of Company. Lots of things—anything I can get my hands on! There’s no shortage of theater in New York.

What’s next for you?
I’ve a pilot I was cast in in New York. I’m doing some concerts this summer and I’ll test out some new musicals. I’ve some design projects which have become as important to me as acting. I do have a home in Kansas and a family home that I’m working on with my parents, which is a work in progress and I’m excited to share more about that. I want to work, and also sit back and see what presents itself!