Just Asking! What Was Your Most Thankless Job Ever? 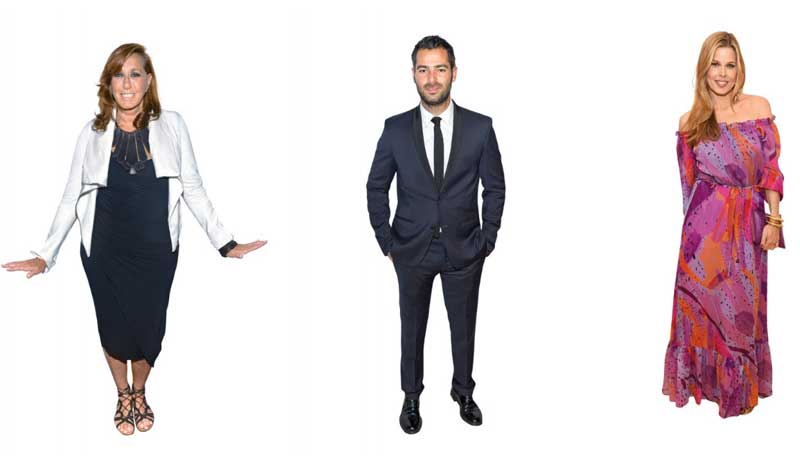 We wanted to know, and we found out: What was your most thankless job?

“In some ways all of my jobs have been great experiences. I’ve definitely taken something back from it, even if it just involves running to get coffee for someone.” —Caroline Constas, designer

“I’ve never had a bad job. The thing about having a bad job is you learn from it, so at the moment if you think it’s a bad job, it isn’t.” —Donna Karan, designer

“I’ve only had two jobs in my life: working in toys and in fashion. I made dolls for 10 years and loved it! But when I was in boarding school, I had to rake up all the leaves because I got in trouble.” —Jason Wu, designer

“I used to work at this place called Frugal Fannie’s. It’s this women’s warehouse store where everything is discounted, and it was huge. I was 14 and used to hide under the clothing racks so my manager wouldn’t see me because I hated it so much.” —Diane Guerrero, actress

“I lasted a day—and by a day, I mean a couple of hours—at a shoe store. When I saw that at the end of the day the shoes were all on the floor after I spent the whole day putting them on shelves, I was like, “I gotta go.” I quit at that moment and literally walked out the door. Maybe I wasn’t too thankful! I was a little thankless myself.” —Selenis Leyva, actress

“Not too long ago, I was shooting in Paris for an editorial, and I woke up and was throwing up all morning for no particular reason. I just got sick and still had to shoot the whole day, and in between I was like, “Be right back.” Not good!” —Hailey Baldwin, model

“When I was an assistant fashion editor at Vogue and Harper’s Bazaar, I’d have to stay up all night before a shoot, steaming out trunk after trunk of 2,000 dresses from like Dior and Versace. But I loved all the clothes, so I was excited to see them!” —Mary Alice Stephenson, personality

“To save money during our first season, I was our lookbook model. Thank God those days are over!” —Veronica Swanson Beard, designer

“It was my first summer internship working in the buying office for a department store. I actually really loved the job and my boss, but it was before you could easily PDF and e-mail out reports. Mondays were miserable. We received one hard copy of our (sacred, holy grail) weekly selling report that was about 500 pages long. I would spend my entire Monday photocopying it in sections, and faxing the individual sections to my different vendors (there were more than 50 of them, and if I messed up I would be in big trouble, as the information was so confidential).” —Grace Atwood, blogger

“Things have been pretty great. I haven’t had any bad experiences. I’ve lived a pretty thankful life!” —Ansel Elgort, actor

“I sold wigs at a wig stand in the middle of a mall, and they all had names like “Tiffany” and “Veronica.” I had to sit people down and convince them that these wigs were something they needed in their life. It was terrifying.” —Tracy Anderson, trainer

“When I saw myself on a billboard where they photoshopped boobs onto me, totally not cool. They didn’t ask or mention anything—they just did it.” —Chloe Norgaard, model

“I used to work at a pet store when I was 15 years old. My mom dropped me off there and told me to get a job, so I used to clean all the aquariums and cages. I’d catch a cricket and sell them for, like, 10 cents a piece.” —Jonathan Simkhai, designer

“I was a server at Dos Caminos on 14th St., and whether you were a man or a woman, you had to bring in the tables and chairs every day. The guacamole bowls were also so heavy to carry up and down the stairs!” —Jackie Cruz, actress

“I’ve had maybe 10 or more thankless jobs, or ones that I’ve blacked out from and don’t want to remember.” —Miles McMillan, model

“My first job when I was in design school was working in a children’s boutique. I had to fold everything because they didn’t have hangers, so you can imagine how much I had to fold. I didn’t last long!” —Monique Lhuillier, designer

“When I was modeling, I was designated to do the most physical stuff, like hanging from trapezes and holding alligators.” —Gabrielle Reece, model, athlete, and entrepreneur

My most thankless job??—trying my best to be a good daughter in law…sighhhhhh….