Julia Restoin Roitfeld And Robert Konjic Are Having A Busy Summer 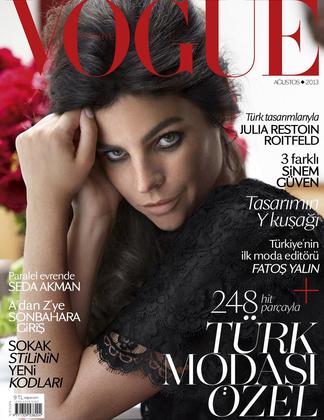 Major score for Julia Restoin Roitfeld as she lands the cover of Vogue Turkey’s August issue. Gorgeous! We’ve also been hearing that Julia’s hubbie DNA model Robert Konjic will be going the Kardashian route in a new reality show currently filming in Manhattan with the working title The Male Model Project. The show is being produced by Adam DiVello, the mastermind behind The Hills and The City, and will be a scripted reality docu-drama. Word is the show is being rushed into production and will start airing during NYFW. Could an appearance by mama-in-law Carine Roitfeld be a possibility? We reached out to Konjic’s reps at DNA earlier this week to confirm, but they didn’t get back to us.