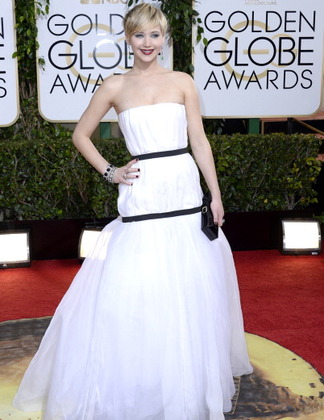 Dior’s relationship with Jennifer Lawrence looks to be lasting a bit longer: Page Six reported today that she’s about to sign a deal worth between $15 and $20 million for a three-year partnership with them. The American Hustle actress has already appeared in ads for Miss Dior. She’s also regularly worn the brand on the red carpet, including last year’s Oscars, when Lawrence took home a gilded statuette for Silver Linings Playbook. Reps for Dior, Lawrence, and her agency CAA had no comment, but we think we know who JLaw will be wearing on Oscar night next month.

Shoe Dat Returns! Shoe Could It Be?