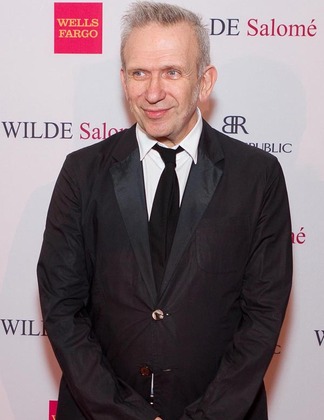 Jean Paul Gaultier is likely putting the final touches on his Spring collection show in Paris this Saturday evening, but we’re busy getting anxious/eager/excited about the designer coming to New York at the end of next month. From October 25th through February 23, 2014, “The Fashion World of Jean Paul Gaultier: From the Catwalk to the Sidewalk” is coming to the Brooklyn Museum. It will be the only East Coast exhibition of JPG’s work with some new creations added to the exhibit that’s already been a smash in cities such as Montreal, Dallas, and Stockholm. “I am proud and honored that my exhibtion will be presented in Brookyn, where the true spirit of New York lives on,” the designer says about the theatrically-staged show featuring 130 haute couture looks and sketches, early designs, and photographs from his archives. We. Are. So. Ready.