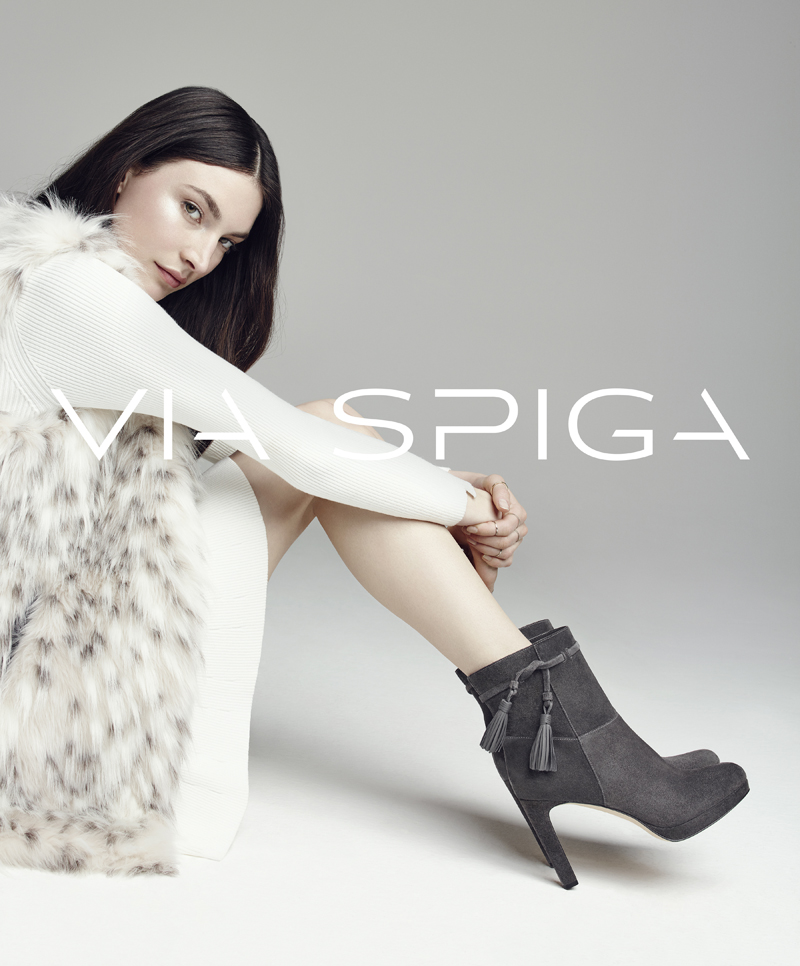 There’s a new model du moment for Via Spiga. Jacquelyn Jablonski stars in the shoe brand’s Fall 2016 campaign, replacing Hilary Rhoda, who began partnering with the company in early 2015 and collaborated on a holiday collection. Lensed by Nagi Sakai, the campaign was produced by Vogue Studio and showcases a new suede collection. The styles put a twist on a variety of classics, from the over-the-knee Ophira boot in dark taupe to the Giadia creeper loafer with leather tassels in steel.

“Via Spiga is thrilled to have Jacquelyn as the new face of the fall 2016 campaign,” said Jay Schmidt, president, Caleres Brand Portfolio, owner of Via Spiga. “Her cool demeanor and magnetic approachability connect perfectly with the Via Spiga woman and our consumer base.”

Twenty-five year old Jablonski, who hails from New Jersey and is rep’d by IMG Models, recently appeared in an editorial in Katie Grand’s Love magazine shot by Mario Testino and walked in a handful of shows last NYFW season, including Public School and Cushnie et Ochs. Her Via Spiga campaign will appear in print and online in mid-August. The collection is available at ViaSpiga.com and at department stores in the U.S. including Nordstrom and Bloomingdale’s.

Ramy Brook Hosts Trunk Show at Kyle by Alene Too