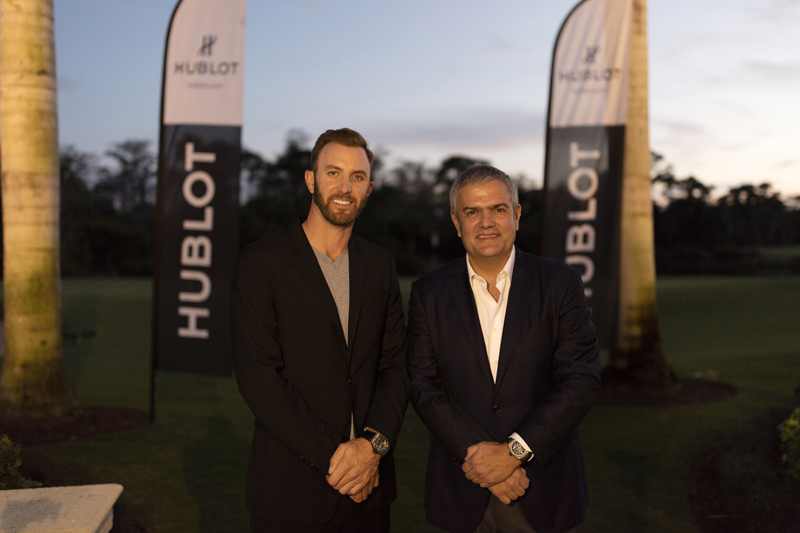 Hublot announced Dustin Johnson as its new brand ambassador in Palm Beach this weekend. Johnson is currently the No. 1 golfer in the entire world, according to the official World Golf Ranking. The 32-year-old Columbia, South Carolina native reached the top of the game with his win at the Genesis Open this year. He won the US Open in 2016 and has four World Golf Championship victories, with only Tiger Woods having topped him for more wins. He is also considered one of the longest drivers on the PGA Tour.

“Over 10 years, DJ has moved up the world Top 10, often coming tantalizingly close to realizing his dream of a Major win. Destiny rewarded his talent in 2016, when all the ingredients for success coalesced perfectly, culminating in the excellence that propelled him to victory,” said Hublot CEO Ricardo Guadalupe. “His career has a particular resonance for us, in some respects mirroring that of Hublot. We always remember the day that ‘changed’ our lives. And he also reminds us that each shot on the golf course is crucial; we need to constantly excel ourselves and start over.”

Johnson officially accepted the honor of brand ambassador from Guadalupe and Hublot on Wednesday evening in the Palm Beach area. “I’ve always liked their timepieces, so to be a part of the team was something that was easy for me to decide and it was a partnership I was looking forward to,” said Johnson. The pro golfer, whose net worth is over $42 million, according to ESPN.com, bought five Hublot watches in one sitting before being singled out by the brand to become its ambassador. “In August or September of last year, I ordered five of their timepieces at once,” said Johnson. “They were all Big Bangs.” Johnson came to the event in a sharp gray Prada suit, a Hublot Big Bang Tourbillon 5-Day Power Reserve watch, and gray Adidas sneakers. He admitted he has always been into style even though his work requires him to be in athletic wear most days. “I’ve always been into clothes, but Paulina [Gretzsky] also helps me pick things out,” said Johnson. (He is in a relationship with Paulina, NHL legend Wayne Gretzky’s daughter.) Johnson is also said to have some Dolce & Gabbana in his wardrobe.

So how does he feel about his newfound fame? “It drives me to work harder and be better,” said Johnson.”But I’m still me at the end of the day.” 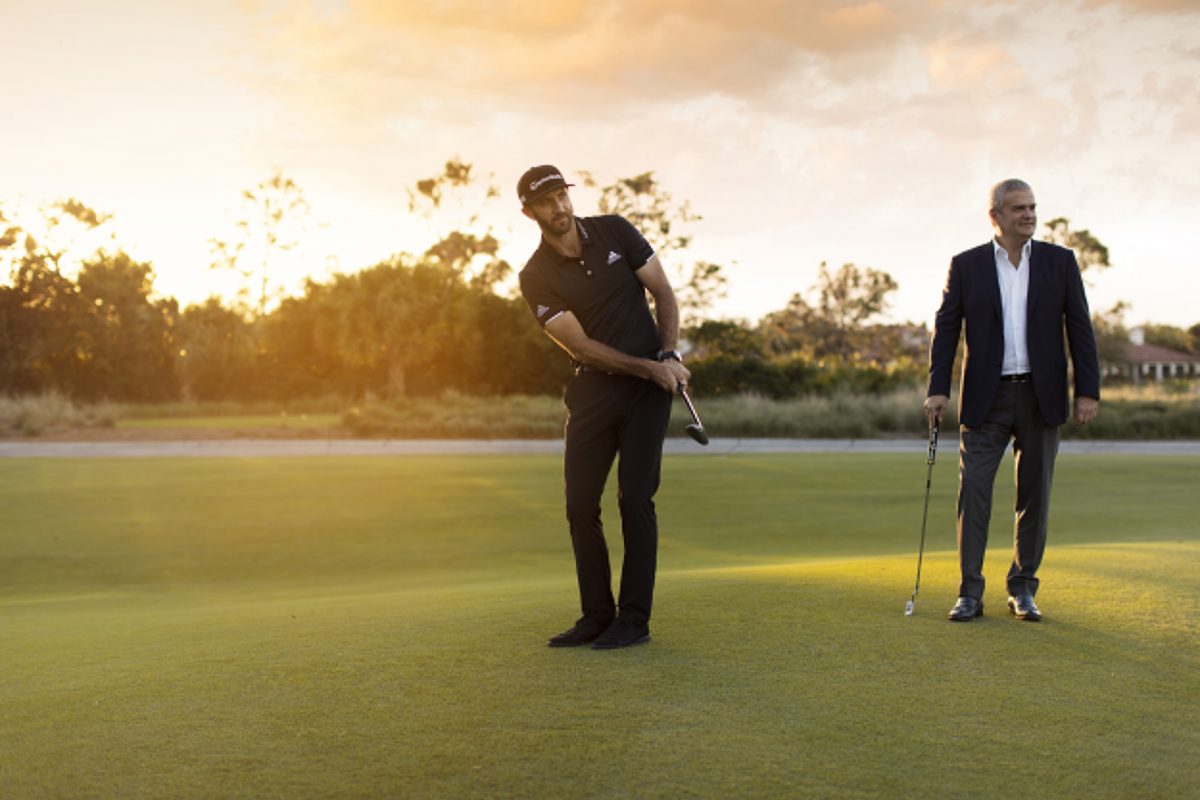