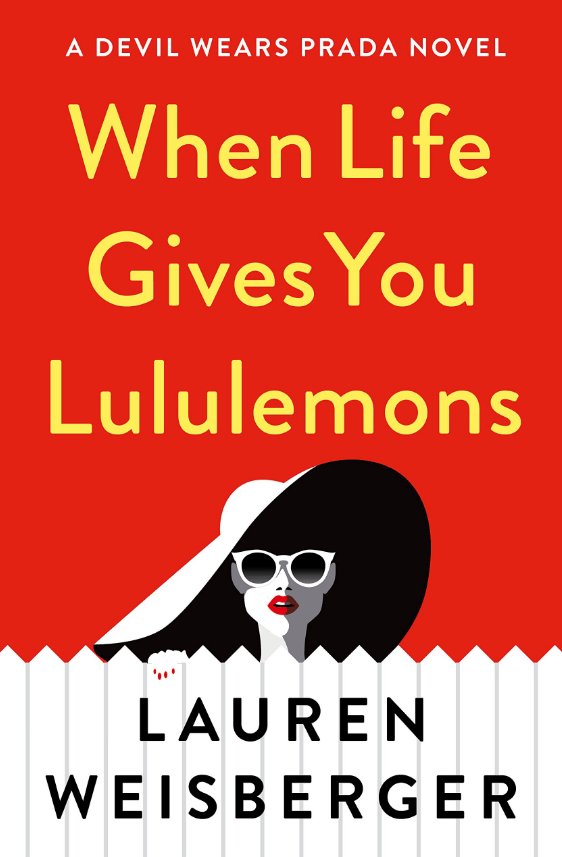 Lauren Weisberger, the author of Devil Wears Prada, is coming out with a sequel titled When Life Gives You Lululemons. The book—out in June—will no longer focus on Andrea Sachs (played by Anne Hathaway in the film) and instead center on character Emily Charlton (played in the film by Emily Blunt), Andy’s cheeky, high-strung fellow ex-assistant to Miranda Priestly. In the new tome, Charlton has transitioned into a high-profile celebrity “image consultant” who lands a major opportunity in…the suburbs. Here’s what the description on Amazon reads:

“Welcome to Greenwich, CT, where the lawns and the women are perfectly manicured, the Tito’s and sodas are extra strong, and everyone has something to say about the infamous new neighbor.

Let’s be clear: Emily Charlton, Miranda Priestly’s ex-assistant, does not do the suburbs. She’s working in Hollywood as an image consultant to the stars, but recently, Emily’s lost a few clients. She’s hopeless with social media. The new guard is nipping at her heels. She needs a big opportunity, and she needs it now.

Karolina Hartwell is as A-list as they come. She’s the former face of L’Oréal. A mega-supermodel recognized the world over. And now, the gorgeous wife of the newly elected senator from New York, Graham, who also has his eye on the presidency. It’s all very Kennedy-esque, right down to the public philandering and Karolina’s arrest for a DUI—with a Suburban full of other people’s children.

Miriam is the link between them. Until recently she was a partner at one of Manhattan’s most prestigious law firms. But when Miriam moves to Greenwich and takes time off to spend with her children, she never could have predicted that being stay-at-home mom in an uber-wealthy town could have more pitfalls than a stressful legal career.

Emily, Karolina, and Miriam make an unlikely trio, but they desperately need each other. Together, they’ll navigate the social landmines of life in America’s favorite suburb on steroids, revealing the truths—and the lies—that simmer just below the glittering surface. With her signature biting style, Lauren Weisberger offers a dazzling look into another sexy, over-the-top world, where nothing is as it appears.”

When Life Gives You Lululemons by Lauren Weisberger, $27, will be available June 5, 2018 on amazon.com.

A Look Inside Georgina Chapman and Harvey Weinstein’s Prenup