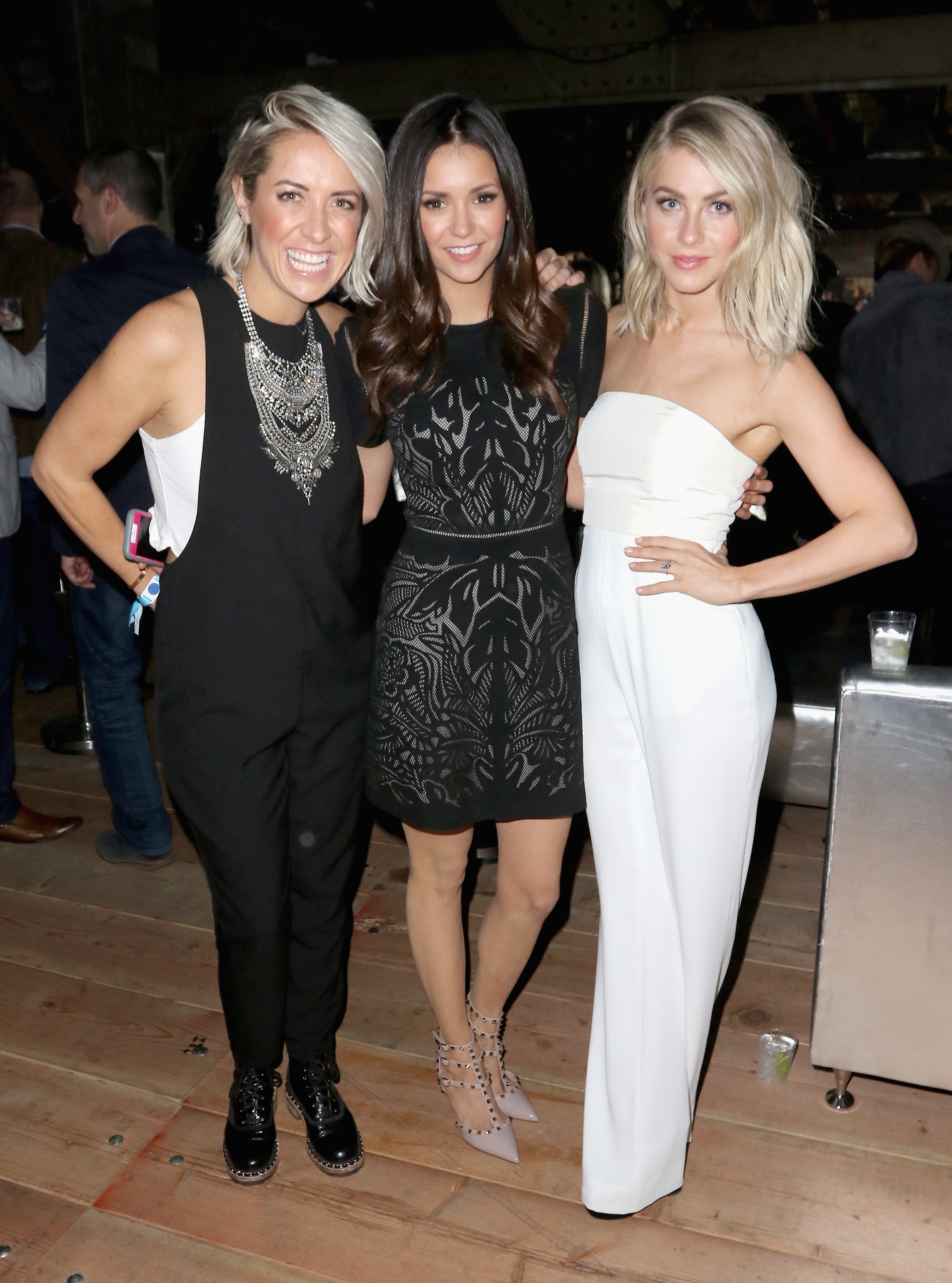 We’ve got another RiRi to put on your radar: celebrity hairstylist Riawna Capri, the mastermind behind Jennifer Lawrence’s pixie cut and Julianne Hough’s signature short crop. We caught up with the L.A.-based hair guru on her background, collaborating with Beats on headphone hairstyle concepts, and the top products you should be stocking up on.

We have to ask: Do you ever get confused with Rihanna?
All of my friends or clients talk about me being Riawna when they talk to their friends. They’ll say, I’m going to go see Riawna later, and they’ll say, That’s so cool!  It turns into a five to 10 minute conversation before they realize that they’re talking about me and the other person is talking about the singer.

How did you get into the beauty biz?
It started when I was 16 and I asked my dad for scissors and clippers for Christmas—for whatever reason, he got them for me. I started cutting hair in the garage for $5, and I was also a receptionist at a salon. That’s where I realized I can totally do this. My dad was like, you get straight As, you need to go to college and get a business degree. I ended up going to beauty school in Las Vegas and then took a job at the best salon in L.A. at the time, Fred Segal in Santa Monica. I assisted there for about a year and a half until I got fired. That’s where I met my business partner, Nicki. We became best friends and opened a salon together, Nine Zero One.

Why did you get fired?
[Laughs] It’s a really long story, but basically I did a good job. My boss’ client ended up liking my side of her blowout better than his side and asked me if I could redo his side. He was very upset and said, Never redo my work! That is ridiculous! You are an assistant. You never redo my work. But I was just trying to make the client happy. And that was it.

And now you’re the mastermind behind hairstyles of celebs like Jennifer Lawrence. How did you two connect?
I have a friend who works for Dior, and Jennifer’s the face of the brand. I cut her hair often—a cute little pixie—and Jennifer saw her hair and was like, Oh my god, I want that. Can you send me a picture of your hair? I want to send it to my hairstylist. And she said, You have to go to my girl, she’s so awesome. Jennifer was filming The Hunger Games in Atlanta and I happened to be going out there the following weekend to see my friend Nina Dobrev, who was working on Vampire Diaries, so I made it happen. The first time I met her she chopped all of her hair off. I did four haircuts beforehand just in case she freaked out and changed her mind, but she wasn’t changing her mind.

What kind of music are you into these days?
KYGO’s “Tropical House”—he’s a DJ. Pretty much every song he plays is really awesome.

What are your go-to hair products?
I’m really, really big on healthy hair. If your hair isn’t healthy, no matter what color or what cut you have, it’s f*cking ugly, so leave-in conditioner is everything to me. I also like marula oil—it won’t weigh your hair down, but it’ll smooth it out and make it look shiny. And my newest, favorite product right now is R + Co’s dry shampoo paste. It’s awesome for giving your hair lift, body, and lots of bounce.

What’s your salon’s specialty?
We actually do everything: cut, color, extensions, and styling for red carpet shoots. I think that’s an anomaly that doesn’t happen in Los Angeles or in New York. That was really important for me when I moved to L.A.—working in a salon that allowed me to do both [cut and color].

How do stay current in such a competitive marketplace?
I like to be creative with social media. Pinterest is my go-to, and I love utilizing hashtags on Instagram and seeing what people are doing and then putting my own twist on it. Of course there are those 13-year-old YouTubers who are doing everything so much more creatively that I am. They’re probably my biggest inspiration!