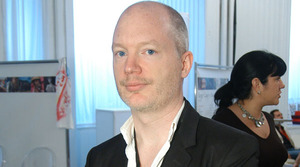 (NEW YORK) More shake ups chez Condé. Today it was announced that Paul Ritter has been appointed as the creative director at Glamour where he will be replacing Geraldine Hessler who had overseen a redesign at Glamour over the past year. Ritter was poached from Hearst where he has served as design director at ELLE for over six years. He was also instrumental as a consultant on the launch of DuJour and held a role as creative director at the now defunct Vitals magazine where he worked alongside ELLE‘s Joe Zee. Ritter begins his new post on November 11th.

Anthropologie Gets Wilde With Yoana Baraschi

Prada's Take On A Literary Salon