The Flack Is Back! And She’s Taking on the Hamptons Party Scene 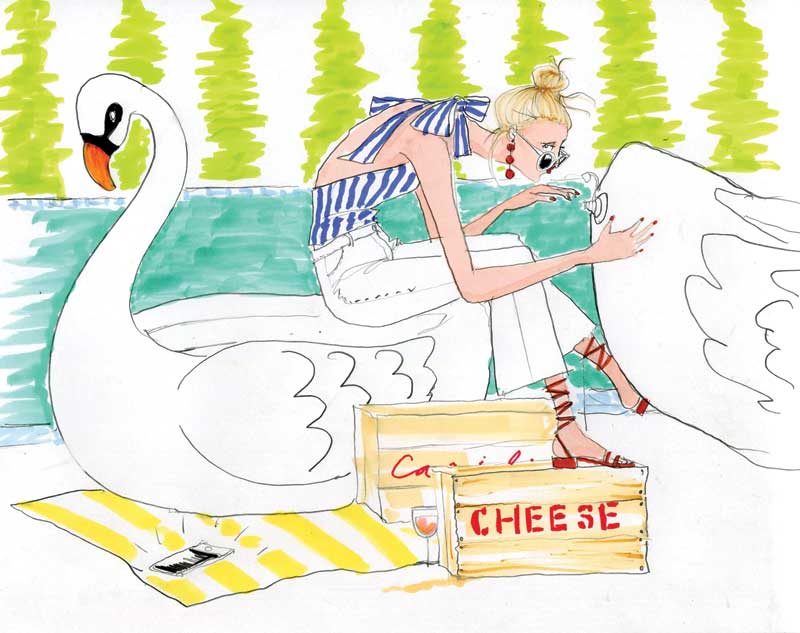 You asked, we deliver—our (totally anonymous) publicist has returned to shed light and throw shade on the East End party scene. As the season kicks off, she vows to do some things a bit differently in 2017. Hear her prayers!

From: You Know Who

To: The Daily Summer

The arrival of summer is upon us. For so many of you, this means carefree days and wild nights of total debauchery. Yet for me, your Hamptons flack extraordinaire, summer means anxiety-ridden afternoons and excruciating nights of total douchebaggery. It’s not even June, and yet the heat of the season is breathing down my neck like the hot, drunk champagne breath of a D-list socialite. I can only hope that I’ll be able to avoid some of the absurd antics I experienced in 2016. Isn’t it Einstein who said, “Insanity is doing the same thing over and over again, but expecting different results”? Whatever the case, I have a standing reservation at Promises for September for some much needed R&R. Straitjackets are having such a moment!

I’m praying this year I don’t asphyxiate behind the hedges of some billionaire’s pool house whilst blowing up seven giant inflatable pool swans. Some of you may be saying, “You should have just blown that up at Exxon Mobil.” Well, I tried that. Why don’t you try driving down Main Street in East Hampton with a giant rubber swan strapped to the top of your Range Rover?

And let’s hope I don’t explode, courtesy of a litany of ridiculous requests from clients that I receive throughout the summer on an hourly basis. This year, no, I simply will not ’copter in your favorite cheese from Cavaniola’s in Sag straight to your Montauk mansion in 20 minutes or less. I am not Domino’s, sir. Nor will I even acknowledge your request to provide an eight-foot-tall unicorn ice sculpture, complete with matching unicorn macarons, three hours before your seated dinner for 50. I don’t care if you saw it on some son-of-a-celebrity’s Instagram account.

I still have not installed a Doppler radar chip into my brain that tells me EXACTLY what the weather will be on a specific day at a specific time. Nor do I have the ability to make a cloudy day turn bright. So when you text me at 3 a.m. to find out whether it will be a “sunny” sunset for your clambake, my answer remains the same: “Shall I Google that for you, or would you like to do it yourself?”

• No matter how much you want to climb the lifeguard chair at Moby’s, let’s hope you recently had a wax, because everyone’s gonna see everything on that tower of doom.

• Never trust a musical act named DJ Viper Egg. It doesn’t matter if he’s a cousin of your party producer’s ex-girlfriend’s neighbor Larry. Because this DJ will have no problem telling you he is “around the corner” when, in fact, he is in the wrong township of the Hamptons, stuck in the worst bumper-to-bumper traffic of all time, putting him at your event approximately 12 minutes before it ends. Note to self: Always keep a karaoke set in the trunk as a back-up.

• Keep a close eye on all interns. We would hate for one of them to give the check-in list to an attending guest, asking them to “just man the door for a second” while they go inside the party and eat every single one of the gluten-free, organic, hyper-expensive treats. That was a fun one to dance out of!

But seriously, should I just drown my summer sorrows in a case of Kim Crawford right now and call it a day? Oh, summer…I am so flacked!